I purchased this journal online from a dealer in California. I made every attempt to make sure the journal came back to its rightful location. Every day I will be  putting up a new page so its contents are available to anyone. It is a well worn journal full of glued letters and newspaper clippings which I think belonged to Code’s son Allan at one point. Yes there is lots of genealogy in this journal. I am going to document it page by page. This journal was all handwritten and hand typed.

Andrew Haydon- see bio below–He was the author of Pioneer Sketches of The District of Bathurst (Lanark and Renfrew Counties, Ontario) (The Ryerson Press, 1925) and Mackenzie King and the Liberal Party (Allen, 1930).

If you can spare some time I wish you could send me as full an account as you can give of Innisville, its beginnings, its early life as to mills and industries. I mean the sewall? early industries and trades as well.

Also I want to know about you, your family history. When they came and where from + who they all were. I learn by family and by name. My records are significantly scarce reflecting Innisville and Ferguson Falls except in reference with newspapers where source obituaries offers a few records about the deceased.

Was Innisville and Ferguson Falls wooded and was there a lumbering trade? To what extent were your family mills returning both in time and output and did they go beyond the local trade as did the later developed mills in Almonte and Carleton Place on the same river. The village I suppose got its name from someone named Innis. Who was he and what did he do? You mention having seen Senator McLaren as a riverman. If you can add anything reflecting his beginnings, I would appreciate it.

I hope I am not a nuisance.

NEXT—Monday– A few words to Mr. Haydon from Mr. Code about his life.

Andrew Haydon (June 28, 1867 – November 10, 1932) was a Canadian lawyer and senator. Born in Pakenham, Ontario, the son of James Haydon and Eleanor Sadler,[1] he received a Master of Arts degree in 1893 and a Bachelor of Law degree in 1895 from Queen’s University. He graduated from Osgoode Hall Law School in 1897 and was soon after called to the Ontario Bar. He practiced law in Lanark, Ontario from 1897 to 1899 and then in Ottawa. He was Secretary of the 1919 National Liberal Convention and General Secretary of the National Liberal Organization Committee from 1920 to 1922. In 1924, he was appointed to the Senate of Canada representing the senatorial division of Ottawa, Ontario. He served until his death.

He was the author of Pioneer Sketches of The District of Bathurst (Lanark and Renfrew Counties, Ontario) (The Ryerson Press, 1925) and Mackenzie King and the Liberal Party (Allen, 1930).

In 1902, he married Euphemia Macdonald Scott. They had one son, Andrew Scott Haydon. 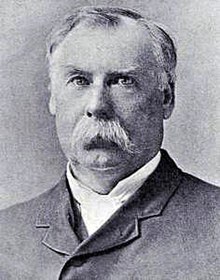 Born in Lanark, Upper Canada, he was the son of James McLaren, an immigrant from Scotland. He married Sophia, the daughter of William Lees. McLaren was involved in the timber trade and operated sawmills in Carleton Place and at McLaren’s depot on the Kingston and Pembroke Railway line as well as in Alberta.

In 1881, the Ontario government passed the Rivers and Streams Act, mainly due to a dispute between McLaren and a rival lumber company over access to McLaren’s timber slides on the Mississippi River. The Act was disallowed by John Alexander Macdonald, leading to a dispute over jurisdiction between the Mowat government in Ontario and the federal government. However, in 1884, the Act was upheld by the British Judicial Committee of the Privy Council in McLaren v. Caldwell.

McLaren was appointed to the Senate of Canada in 1890 on the advice of John Alexander Macdonald representing the senatorial division of Perth, Ontario. A Conservative, he served 29 years until his death in Perth in 1919. 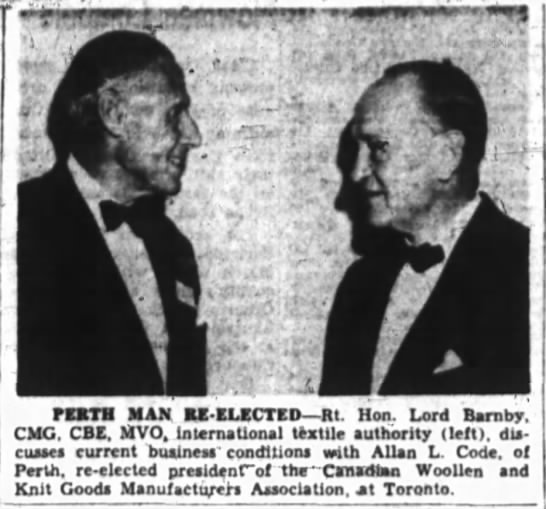