The village of Prospect in the early 1870s had aspirations to greatness but unfortunately it seemed to have been blanketed by Richmond on the one side and Franktown on the other. In the early 1870s Mr. Robbert Mackay remembers it as only a “half-way place” between the two larger towns. The population then was about 100 and the people were looking forward to it being benefited by the Brockville and Ottawa railway, but the railway seemed to injure rather than benefit as most of the people of the surrounding country used it to go to Ottawa or Smiths Falls to shop. The village boasted two saw mills one kept by Duncan McGregor, the other by Wm. H. James.

There was one good hotel kept by W. Burrows, and one good general store kept by George Craig. Then there was one blacksmith shop operated by Wm. Riley. Mr. Mackey is not sure whether Prospect was so named by those who started it because of the hopes they had for its greatness, or because of the physical outlook. Mr. Mackey does not think it could have been the latter as the prospect from the village was not particularly good. 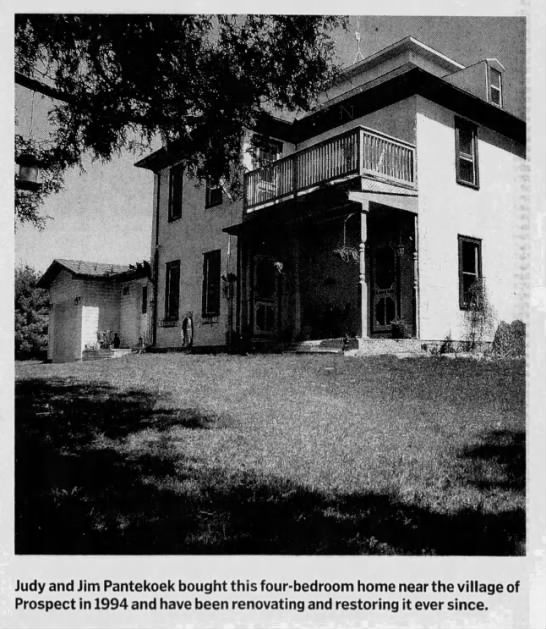 Things You Might Not Know about the William James House — Prospect

Who were the Carleton Place Orioles? 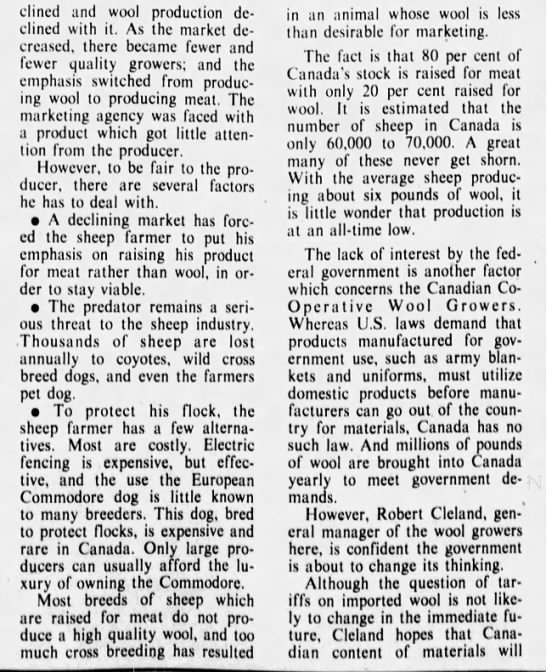 Daughter of Minister Was Pinned to Log Wall by Wicked Bull

A Tale From Gordon Henry Worden

Almonte and area lost one of its best known and highly regarded citizens in the death of Charles William Finner at the Almonte General Hospital on Saturday, December 21, 1974, following a short illness of only three days. He was 69. Mr. Finner was born on August 5, 1905, on the 12th line of Pakenham, a son of John Joseph Finner and his wife, Margaret Ann Farrell. He received his education at the school at Osceola. For 19 years, prior to this retirement four years ago, he was employed as a tool and die maker with Findlays, Ltd., in Carleton Place. He was a member of the Almonte Utilities Commission for the past 13 years, and in the recent municipal elections was re-elected for his seventh term. He served as chairman of the Commission in 1969-70.

He was a member of St. Mary’s Roman Catholic- Church, Almonte and a member of both the Holy Name Society and the Knights of Columbus. Charlie, as he was familiarly called, was well known through out the valley, having supplied the sound system for innumerable fall fairs, entertainments and other events in the district. He was an accomplished fiddler and square dance caller and for 28 years had his own orchestra, the Hayshakers. On two occasions he had called squares for Don Messer and His Islanders.

I remember Charlie Finner from way back . One song was , ” I Like Mountain Music , Good Old Mountain Music , Played By Charles Finner And His Band ,We Danced All Night In The Land Of The Weeki Walkie , I Don’t Care , I Like Turkey In The Straw By Cracki ” . Two pallbearers I knew were , Lloyd Blackburn , and Lorne Wilson . EARL DONALDSON––

Was this the Innisville Orchestra?

Jim White, of Innisville, and his orchestra were a familiar sight throughout the Ottawa Valley for more than four decades. Jim started his entertainment career in  the mid 1930s playing with his brother Ed at dances in Innisville and Drummond Centre. In the 1940s he played with the Stardusters Band and in 1960 formed the Country Pals. He used to play at the Perth Legion’s Saturday night dances from 1966-1980.. Files from John C. Ebbs

Was this the Innisville Orchestra?

Colleen Montgomery Uncle Wilbert Foster and Aunt Luella on the right. Uncle Wilbert was the Post Master at the Lanark Post Office for many years.

Catherine Gorman Colleen Montgomery Aunt Christina and Uncle Jack Taylor from Hopetown are on the left.  I’d guess that it was the Taylor’s Anniversary and Mom and Wilbert were their attendants.

The Musical Talents of Dave Brown

Pease pudding in the pot, nine days old. Some like it hot, some like it cold, … The dish probably started out as pease porridge, but after the pudding cloth was invented, it became a pudding, often eaten with salt pork. Puddings, in those days, were not the creamy thickened desserts which we call pudding today.

In 1947 there was was a strange advertisement by Dodds and Erwin of Perth, headed “Some Like It Hot.” People thought it might be about boogie woogie but instead it was. about “peas brose”  Ever hear of it? “What’s better than a nice cup of pease porridge right now?” asks the ad.

It was said that it could be found at Snow Road, and Flower Station. (Both were on the old Kingston and Pembroke branch of the CPR).

Pease pudding is an English dish consisting of boiled peas which are seasoned with salt and other spices, and then cooked together with bacon or ham for extra flavor. The final result is a thick porridge with mild, yet rich flavors. Originally, pease pudding was cooked in large cauldrons which were hanging over an open fire.

Traditionally pease pudding is served with pork and was often cooked in a muslin with the ham. Today, it is even available in cans throughout the United Kingdom.

Dodds & Erwin has been serving the agricultural community for over 99 years. Established in 1918 the business is now being operated by 4th generation Erwin’s! We supply feed and farm supplies to all the local farms as well as purchase most of our grain locally off those same farms! We also have a wide variety of wild life feeds and pet foods to suite your needs. In the summer months of May-October we have a vast bulk landscape supply depot as well as every variety of lawn seed to garden seed you desire! Stop into our Feeds n’ Needs outlet at 2870 Rideau Ferry road, 1 km south of Perth on county road 1.