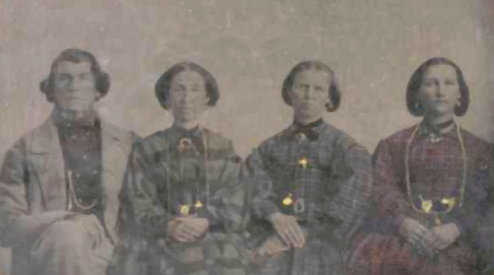 I found an article from the Chicago Times in January of 1871. The newspaper  was charged of containing  a most libellous article, charging, among other things, that Andrew Whitten ( formerly lived in Lanark County, and one has to wonder if he had to leave the County) who lived in adultery with another man’s wife, and that his children were illegitimate.

Without intending here to notice the other libels contained in the publication, it has seemed that the charge, was so foul and false, and made through a newspaper having a wide circulation, and involving, as it does, the reputation of his wife and children, demands a conclusive answer. Borne little time since its publication has been required to obtain the documentary evidence necessary, which is now produced:

Bigamy was punished by being burnt in a hand and imprisoned for a maximum of one year this punishment was later changed to a fine and or public whipping later the sentence was  of up to 7 years deportation.

Very ironic; if a couple were parted for a period of seven years and one of the couple was overseas the marriage could be dissolved.   I wonder if it is only now that we can look back at Census records and see such activities hidden between the lines.

Perhaps back in those days, people were moving from relationship to relationship with a lot more freedom than we my give them credit for, and, while not being exactly “the done thing” may have been at least tolerated. Maybe it was only when an aggrieved partner reported it that such cases came before the law.

Another note that sometimes these Lanark County folks that wrote letters, no matter how influential they were would share in the spoils of the litigation for their part in supporting the defendant. Just because he was a church man as they said did not make him innocent. In doing more research on Andrew Whitten it seems money was an issue, as he was charged of arson later on in February and March and ended up being found non guilty. No doubt from an array of ‘witnesses’ once again.