I  don’t sell on EBay but I scour it for historical items that should be saved and brought back to Lanark County. Yesterday I found this Fenian Medal that was originally given to “Private Ronison” in Carleton Place. I could not find him anywhere. 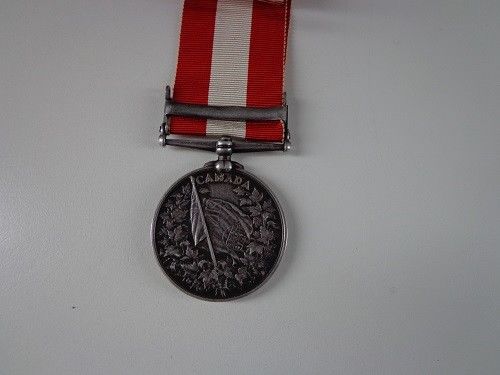 Fifty years before Canadian volunteer soldiers began to leave their home towns in 1914 for overseas service, men equally prepared to risk their lives for Canada were forming the first active service military units of many Canadian towns. Their fortunately brief defence service was in the years of the Fenian Raids of the 1860’s, when the last armed invasions of Canada came to challenge our national Confederation.
Among these defenders were more than fifty men of the Carleton Place Rifle Company. The Carleton Place Rifle Company was formed at the start of the first expansion of a trained and permanent volunteer militia of the old Province of Canada, made to meet the risk of possible war between the United States and Great Britain at the outset of the American Civil War. Like those of neighbouring localities and others throughout the province, it replaced a venerable succession of local but normally untrained and unarmed companies of the original sedentary militia. A view of the participation of this community, then an unincorporated village, in Canada’s first major development of its own military forces is given in the pages of the locally published weekly newspapers of that day. 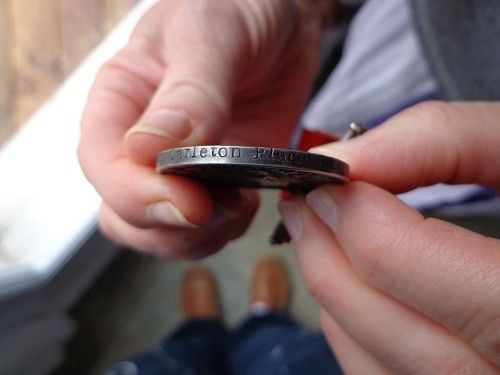 When war threats and consequent militia expansion came in 1862, local demand led to the formation of the first trained and equipped militia company to be based at Carleton Place. In January of that year, in the words of the local Herald editor:
“At a meeting of some of the inhabitants of Carleton Place and vicinity, held at Lavallee’s Hotel on Saturday evening last, it was unanimously resolved that: – ‘In view of the unsettled state of affairs between the British and American governments and the possibility of war, it is expedient that a rifle company should be formed in this village and neighbourhood, to aid in the defence of their country.’
A muster roll was then opened and signed by those present at the meeting. Several others have since added their names, making in all upwards of sixty.”
So what about Private Ronison?
Robin Hudson said on The Tales of Carleton Place– “As of 1871 William Ronison was working in Carleton Place as a carpenter with four employees”.
Jennifer Fenwick Irwin from the Carleton Place and Beckwith Heritage Museum said: “Scroll down to see a list of all the CP men who fought in the Fenian

Jim Amy Kirkpatrick There were Rorison’s in CP. could that be the name?

and yes Amy Kirkpatrick was right.. He was a Private Rorison- his full name was William Rorison. 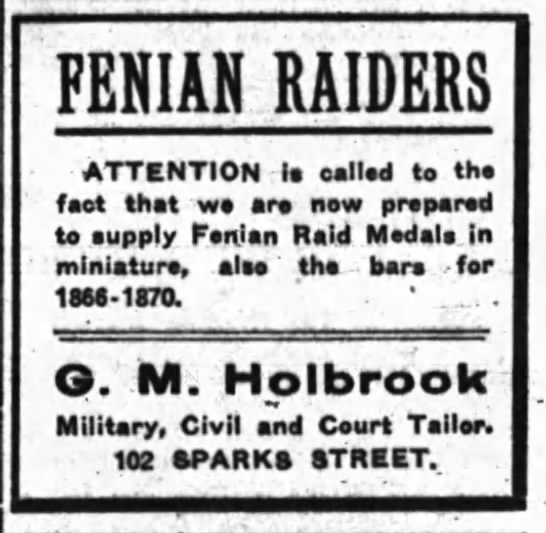 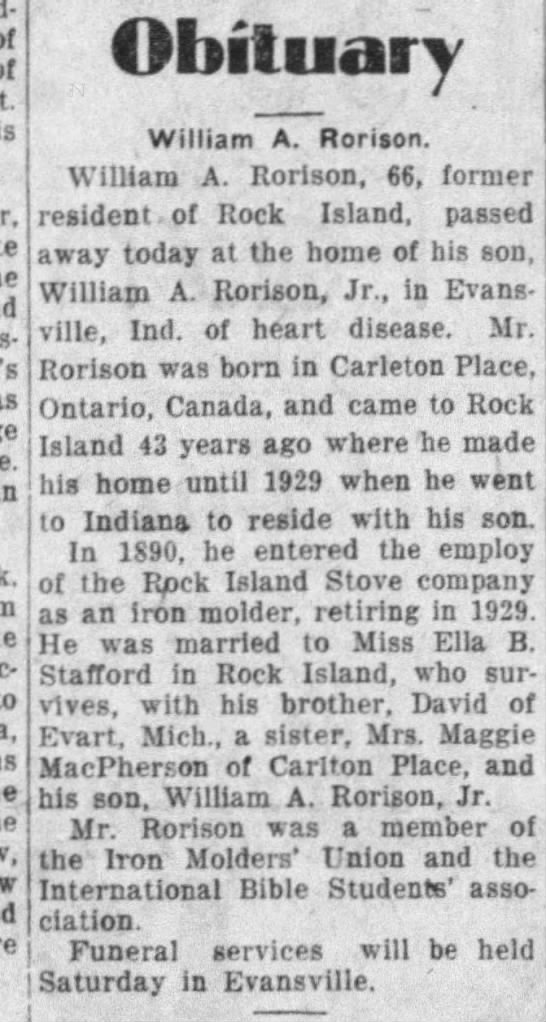