This is a new Lanark County Genealogical Society acquisition from Chris Allen –This was shot in Cairo Egypt in March of 1929- Major General Alexander Clyde Caldwell and his wife Ina Caldwell– and as he wrote with the “Sons of Big Guns” Sons– Billy on the left and Sandy on the right.

The Major General Alexander Clyde Caldwell family lived at 14 Range Road in Ottawa, Ontario and was an assistant director of Intelligence. His father was William Caldwell of Lanark, prominent businessman and politician, and  as well A. C. had a famous uncle- the notorious Boyd Caldwell. A.C. Caldwell also had a brother Boyd who was in the woollen business– along with one other brother, and three sisters.  After A.C died his wife Ina sold the family home on Range Road to the Soviet Socialist Republic for $20,000 in 1943. His two sons known as “Billy and Sandy” both died at Niagara on the Lake in 1965.

The family at Dalhousie Lake- Photo-LCGS acquisition from Chris Allen 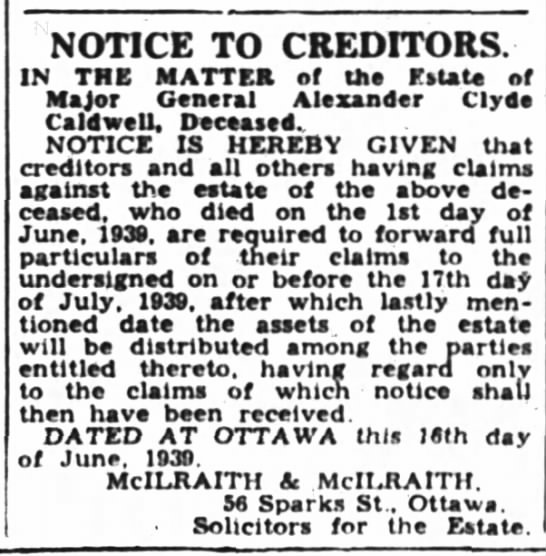 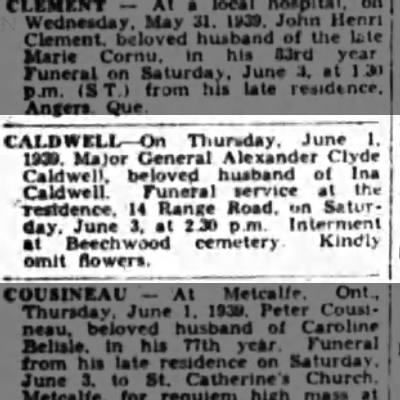 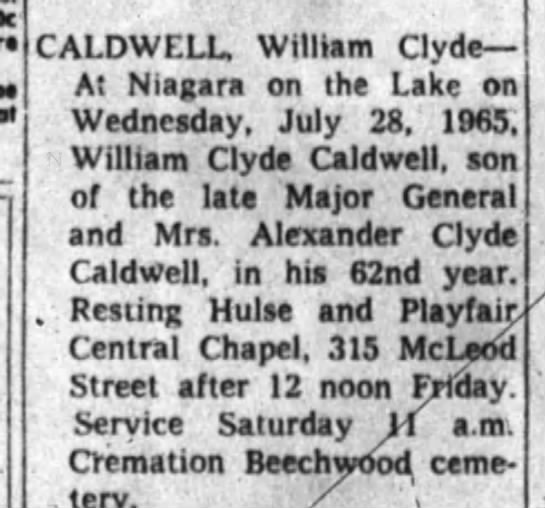 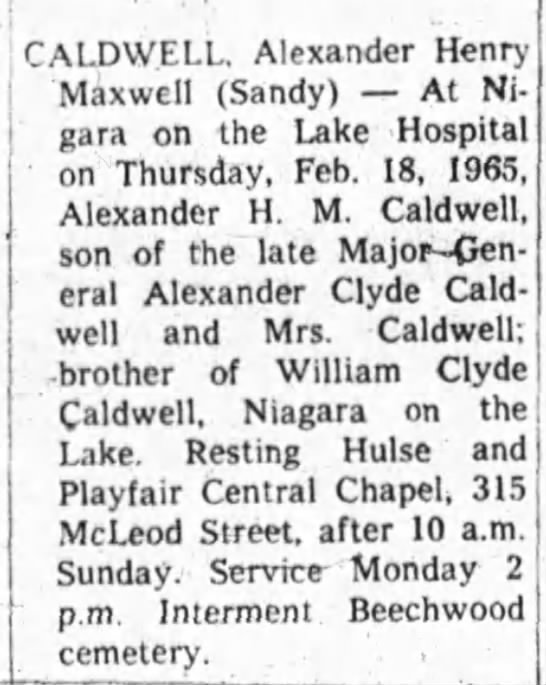 Willam Caldwell, father of A.C. Caldwell also set up a $500 Scholarship in his name at Queen’s University

Judith Salley—I met Bill Caldwell at he home of my aunt and uncle (Ewan Caldwell) in 1957. He was an intersting character.