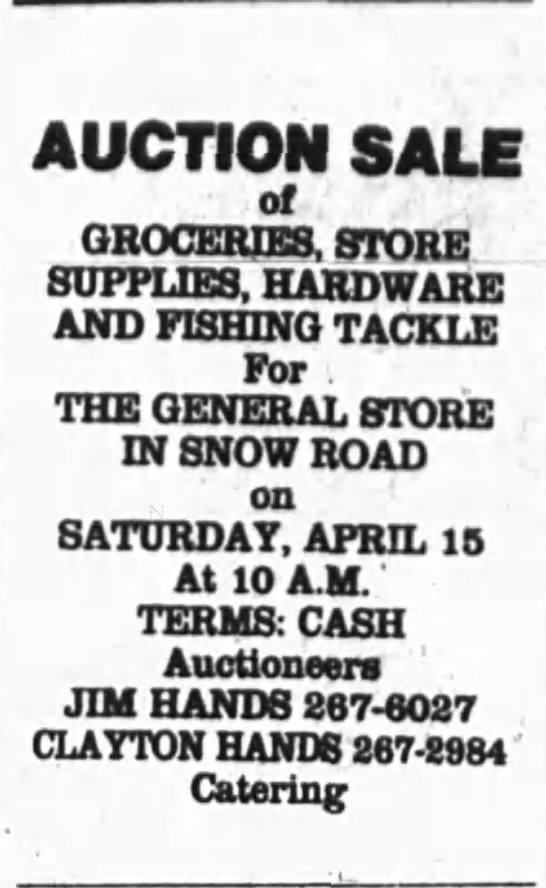 What is now part of Snow Road Station was once called McLaren’s Depot. The lumberman Peter Mclaren built a small log store, with a post office and a residence on what is now the east end of Snow road. He also built large warehouses, stables and a blacksmith shop. His blacksmith was James Cameron father of Walter Cameron, the famous blacksmith and woodcarver of Fallbrook. In 1887 the Canada lumber company bought all of the McLaren interests and Peter McLaren moved to his home in Perth, Nevis Cottage. He became a Senator in 1890. The Canada Lumber Company built a larger store next to the warehouses and a house next to the store for the use of their Superintendant and Paymaster. Some prices from their time were: eggs – .10 per dozen, high laced shoes – 1.50, coal oil – .25 a gallon, chewing tobacco – .10 per plug and green tea – .25 per pound. The post office that was in the original log building was closed in 1914 when it amalgamated with the Snow Road Station post office that was at Geddes’ Store at the C.P.R station.

It remained there until John Geddes retired and it moved back to McLaren’s Depot Store in January 1949 and the post office kept the name of Snow Road Station and remains so today. In 1895 the Canada lumber company sold the McLaren’s Depot complex to Bill and Jim Richard, brothers from Massachusetts who continued to run the store. They built a large stone house farther down the road that is still there today. They operated the store until they left for western Canada about 1900. The house was bought by David Gemmill in 1909 when he obtained the rest of this property. Eventually all the buildings disappeared except the larger store, the home beside it and one old storehouse that became a garage. 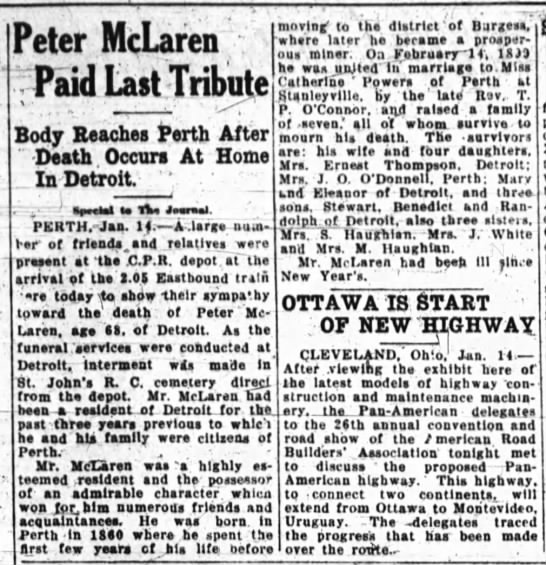