When prohibition was on, people still needed a drink. Sometimes you could get bootleg alcohol, but sometimes you had to improvise from what you could get legally. There are quite a few prohibition-era songs about alcohol substitutes. Canned heat was a term for the cans of sterno or other portable heating fuels that you see around campgrounds. People drink it, usually strained through a sock or some kind of cloth. It will get you drunk and also maybe kill you or cause you to go blind. It still goes on today, but drinking Canned Heat was pretty common during the prohibition years after the passage of the Volsead Act or the 18th amendment in 1920 until its repeal under the 21st amendment in 1933.

Like Sterno Fuel, another form of alcohol that was available legally during Prohibition was called Jake. Jake was a ginger extract from Jamaica that was sold for medicinal purposes but was approximately 70% alcohol. When drank in large quantities, another chemical in Jake caused deterioration of the spinal cord. In the 20s and 30s, Jake drinkers were immediately identifiable when people spotted a telltale shuffle in their walk cause by semi-paralysis in the legs. 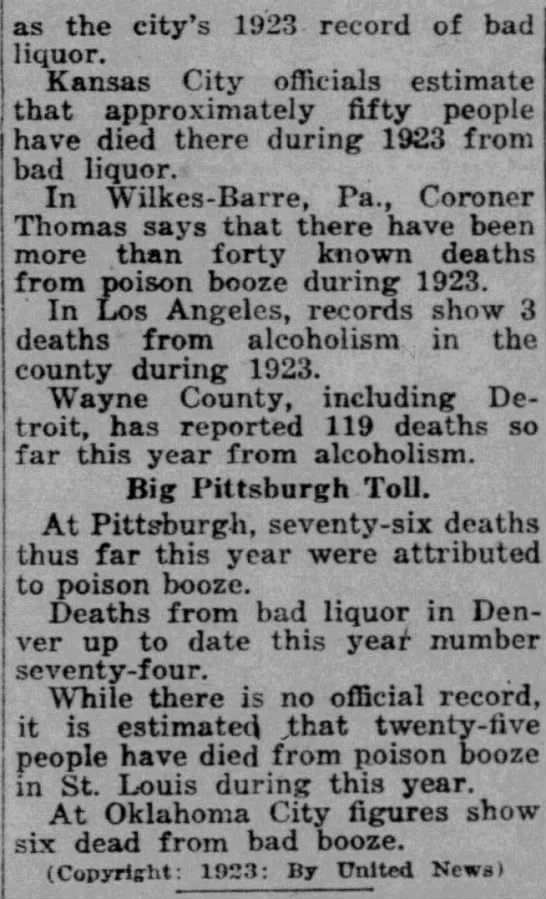 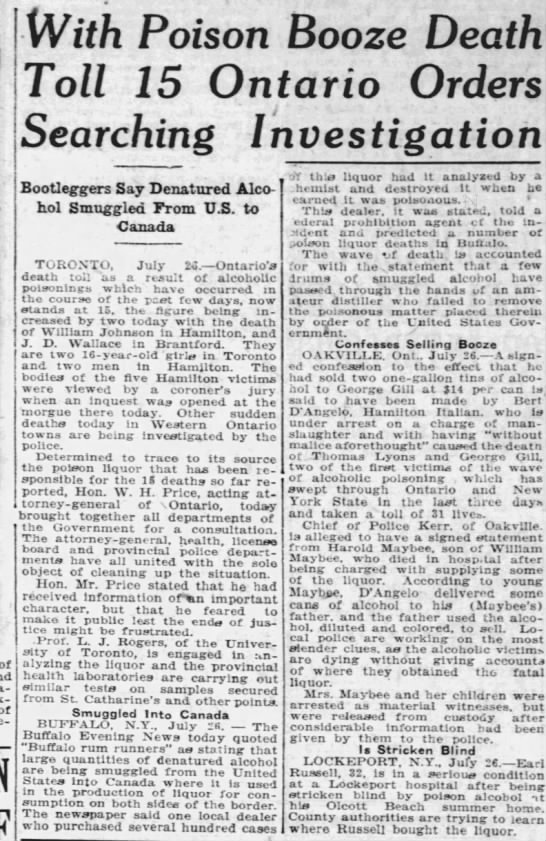 Drunk and Disorderly in Lanark County

The Liquor Inspectors that Not Ought to Be

Shebeens and Shebangs of Lanark County

Drunk and Disorderly in Lanark County

Are You Sure that Isn’t Fusel Oil?

Did You Know Where Happy Valley was in Carleton Place?

Not Happy in Happy Valley? Head up to the French Line for some Sweet Marie

Did you Know that Temperance Drinks Are all the Rage Now?