The Ottawa Jewish Archives —The original Perley Home for Incurables on Wellington Street.The attached photo shows a group of top benefactors of the Perley Home and it was taken in their original location on Wellington Street before the expropriation of the house and land in 1912. A.J. and Lillian Freiman can be seen in the image – Lillian is the woman in the dark dress standing in the middle of the staircase by the sign, while A.J. is the younger gentleman with a white pocket square standing behind the row of seated ladies. The sign reads: GIVE HERE! Your contribution to help us raise a MAINTENANCE FUND for the PERLEY HOME FOR INCURABLES.

Great Britain and North America saw a wave of new facilities for incurable patients from the middle of the nineteenth century on. The majority of nineteenth and twentieth-century homes for incurables were not primarily a refuge for terminal patients. The goal was to alleviate the suffering of the incurable sick people that were not helped by the poor sick relief efforts. But, they were not primarily a home for incurable diseases, but rather a reception house to help those with palsies, arthritis, rheumatism– and it was obvious there were no clear cut distinctions. But, they were also a forerunner to hospices of today.

In those days any family  which had a troublesome member, either old or young, attempted to pass it on to the Home for Incurables, until these institutions possessed an unhappy conglomeration of idiots, imbeciles, epileptics, insane, senile, and mentally normal people suffering from incurable diseases. 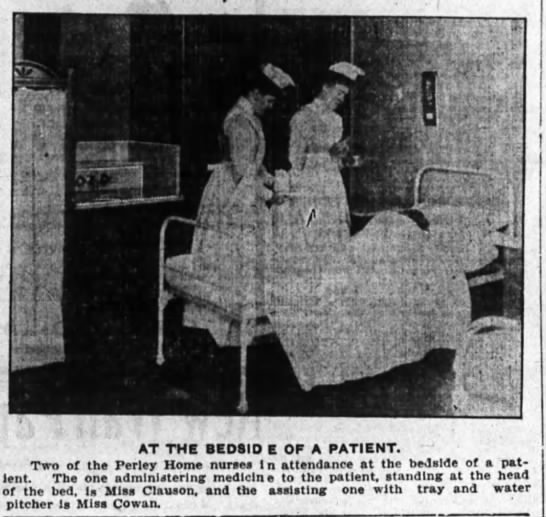 In 1928 the Perley Home salaries were under great criticism, but so were the other hospitals, especially the Civic Hospital. May 30th, 1956, a legal ad was placed in the Ottawa Journal to lose the Incurables word and to be known only as the Perley Home.

I noted a comment from Reid Barry on the Lost Ottawa Facebook page and agreed with him: “I remember back in the early 70’s when students called it the Perley Gates. I guess we all get there some time”. Miss Peregrine’s Home for Peculiar Children and Folk it was not.

In the 1870’s, lumber baron William G. Perley had a beautiful stone mansion built at 415 Wellington Street for him and his family in what was then known as the Uppertown area of Ottawa. He chose this location so he could look out over the river and closely monitor his various saw mills.

Perley passed away in 1890 and seven years later, his descendents gifted the home he had built to the City to become a residence for “incurables” – those people suffering from seemingly incurable diseases. The home was given “free and without any restrictions on the title.”

By the end of their first year in 1898, the Perley Home had 16 patients residing there – both men and women – and there was a maintenance cost of 7 cents per patient per day to look after their well being. 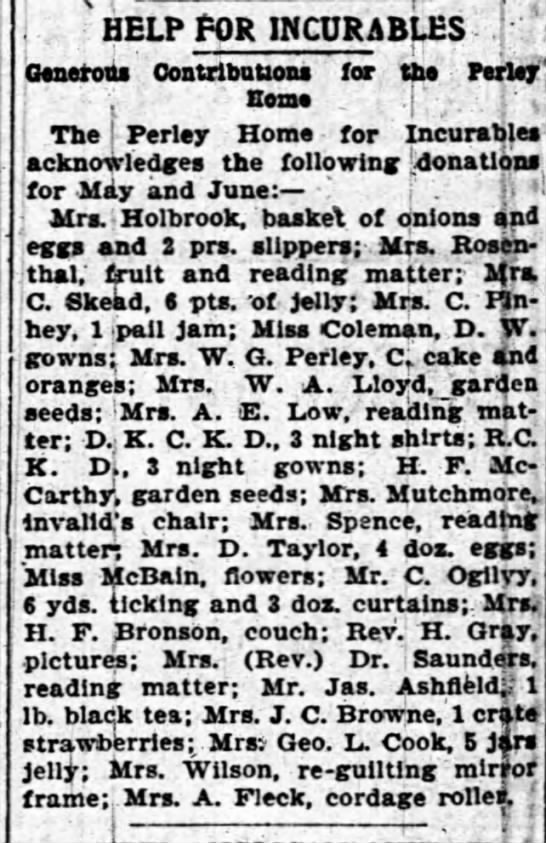 In 1912, the Canadian Government filed a notice that the land the Perley home was occupying was being expropriated. The mansion was unfortunately torn down and the land used for temporary structures during WWII. Today, the Library and Archives building stands there. 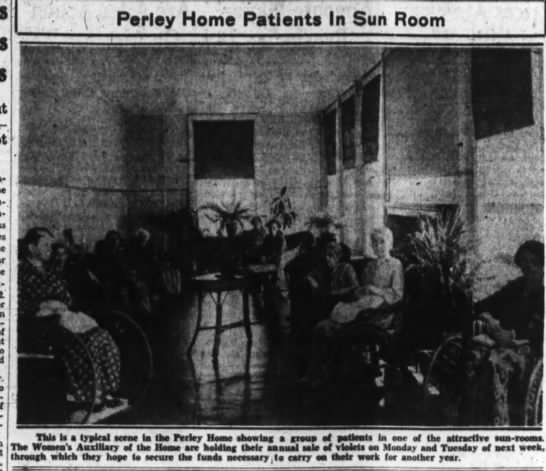 In 1914 the Perley Home moved to a larger building on Aylmer Avenue where it overlooked the Rideau Canal, and it continued to grow in size and scale.

It wasn’t until the 1960’s that the word “Incurable” was finally dropped from the home’s name and it simply became the Perley Hospital. Up until around that same time, patients were also still referred to as “inmates.”

In 1988, plans were made with Veteran Affairs Canada for the Perley Home to combine with the Rideau Veterans Home (built by the federal government as a temporary residence for the rehabilitation of soldiers returning from WWII), and the Veterans Wing of the National Defence Medical Centre, into a new 450-bed facility.

The first residents were relocated to the new combined facility in 1995 and it still stands there today as the Perley and Rideau Veterans’ Centre.

Though the original home was described within their own literature as a “happy Christian home,” from its very beginning the Perley was always a nonsectarian institution and admitted those from all religions. But, from the 1898 newspaper articles below it looks like skin colour might have been an issue. 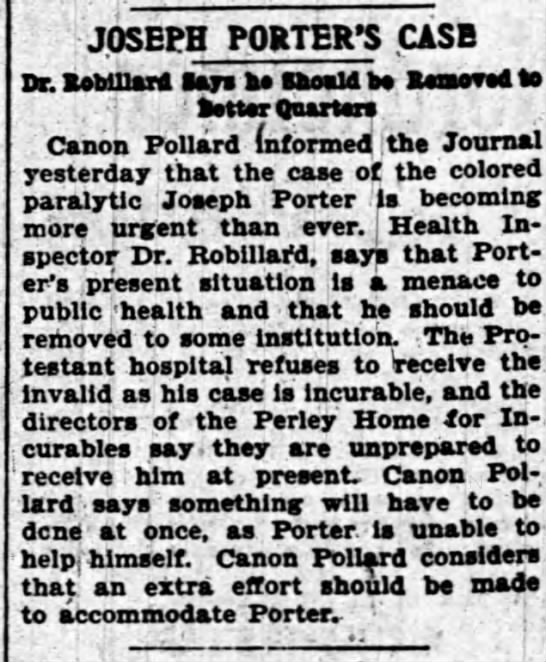 The home did have many Jewish benefactors who freely donated both time and money to such a worthy cause. Among those were A.J. Freiman (of Freiman’s Department Store once on Rideau) and his wife Lillian Freiman, an incredibly dedicated philanthropist.