For a couple of years now I have been clipping newspaper articles from different historical media. I have been seeing many social notes about vacations being spent at Orena Villa in the Carleton Place area. Last month I got rid of some and those “Orena Villa” were among them as I figured I would never find this place. This morning when I was writing a story about the early mills in Carleton Place I somehow found mention of it. It was under my nose the whole time, and had I asked Jennifer Fenwick Irwin who did an exhibit on Annie Duff at the Carleton Place and Beckwith Heritage Museum she would have told me. Boy, did I feel stupid. 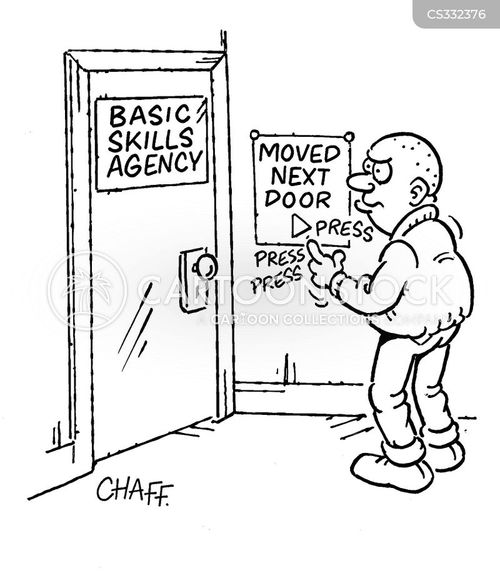 Orena Villa built in the 1850s belonged to William Duff  b: 1784 in Muirend, Auchtergaven, Perth, Scotland d: 4 Jan 1864 in Orena Villa, Beckwith, Lanark Co., Ontario, Canada ) on the 11th Concession. The family emigrated in 1843 and within 10 years of settling down in Beckwith he was able to build this fine home which was of course called Orena Villa:)

Born in Carleton Place in 1871, her early life was spent at “Oreno Villa”, the family homestead at Duff’s Bay on the 11th Concession of Beckwith. She studied painting and fashion design in New York City in the late1890‘s and spent time working there for Vogue Magazine.
Returning home to live with her sister Denysa, Annie spent her time painting and taking photographs. Her work depicts rural life in Ontario and includes scenic landscapes, scenes of hunting, camping, family life and wildlife. She was known for hiding in greenery with food in her hands to order to attract the birds! The National Gallery of Canada holds much of Annie’s original works and she is credited as the first Canadian female to portray maternity in “Woman by the Sea” –-Carleton Place and Beckwith Heritage Museum

William Duff from Beckwith on right with shoemaker Patrick Tucker of Carleton Place. 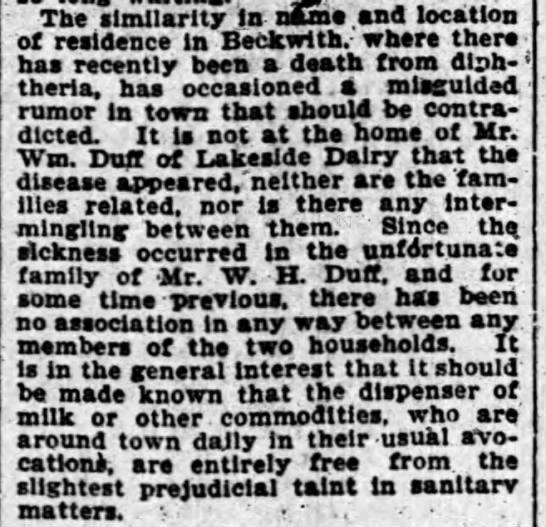 The Female Artist from Carleton Place That Never Went Viral

Hay’s Shore at the foot of the Second Lake, was James Duff’s farm from about the 1840’s. William (Bill) Duff ran a farm and a retail dairy on the shores of Mississippi Lake. Duff’s Dairy on the 11th line was later taken over and sold to John Hays in 1918. Big Bill did a big business in Carleton Place, and *Fred Hunter of Carleton Place was once quoted as saying it was real milk, as there was no such thing as pasteurization  in those days.

William (Big Bill Duff), who started the Lakeshore Dairy’s retail business, died in 1914, followed in 1916 by his wife,  who was a daughter of one of the original Morphy settlers of Morphy’s Falls. Excluding cottage areas sold, it had remained since 1918 with the Hay Family.

*FRED HUNTER– Fred Hunter was the son of Alexander Hunter, father of the late Fred Hunter, was a blacksmith and axe maker of great skill.  He came here from Lanark village at the age of 36 to do the smith work in connection with the Boyd Caldwell and Sons sawmill when it was being built in 1869.  For many years he carried on his trade on Mill street.  He died here by drowning in December 1910.

In 1927, a typhoid epidemic from contaminated milk affected more than 5,000 people and caused 533 deaths in Montreal, despite a milk pasteurization city by-law. The law was not enforced and as with other typhoid outbreaks linked to contaminated milk, provincial health departments across the country were powerless to enforce standards.

Dr. John W.S. McCullough, Ontario’s Chief Health Officer and a charter member of the Canadian Public Health Association, told the Dominion Council on Health in 1928, “we have to go to the municipality and make a fight over [milk contamination], and it is often a long struggle before we can get a pasteurization bill carried. If we had the same control over milk by the Department of Health as we have over public water supplies, we would make a big step in advance.”

The Canadian Public Health Association and the Canadian Medical Association pressed for compulsory pasteurization of milk and in 1938, the Ontario government became the largest political area in the world to do so. Concerns about food safety grew as bacterial food poisoning incidents in Canada increased during the World War II years, prompting greater attention to food handling safety and restaurant inspections.