In the Perth Courier, of March 25, 1870 there was a short sentence on the front page that the former published Courier story of a man who had a nose so big he could not blow it without the use of gunpowder was said to be a hoax.

Apparently something called a ‘third rate museum’ had blown through Perth which had offered the locals the attractions of a skeleton man and a Chinese Giant. There were rumours abound that they had placed an advertisement in the local papers for a man with a giant nose for some local interest. In fact the ‘museum’ didn’t want just any giant nose- they wanted the biggest nose in the world– and ‘none but monstrosities need apply’. The next day there came to the manager’s room two local men whose noses were positively gigantic.

As they waited for the manager they looked at each other and smiled.

“I suppose we both came here for the same purpose,” one said.

The other agreed, saying it was ‘as plain as the nose on his face’ and asked what it would take to make the other lad leave. The other man refused his offer of $15 and said he would be the one to exhibit his nose as he had a special talent as well. Word in the Courier was that he could not blow his nose without the use of gunpowder.

Right there I was doubtful of the whole situation as if any of you that have seen Nicolas Cage’s film Lord of War knows about mixing cocaine and gunpowder which they called “brown brown”.  None of that ended well.

I don’t know about you but I personally wouldn’t recommend putting gunpowder up anyone’s nose. Honestly, think about it. It probably wouldn’t do any permanent damage just to try it, but, I mean whats really the purpose?

Would you really do that just to get noticed in Lanark County?.

I would hope that the Perth Courier tidbit was a hoax as anybody thinking of putting gunpowder up their nose, or in their body at all, really should save the few brain cells they have left. Was it just another ploy by the ‘fly by night road show” or even the Perth Courier to sell tickets and newspapers?

Of course everyone in those days had their noses in everyone else’s business. Sounds like tales were being told, and the moral is and continues to be : “If you don’t see it with your own eyes, then don’t invent things with your small mind, and share it with your big mouth.” –– or newspapers for this fact. 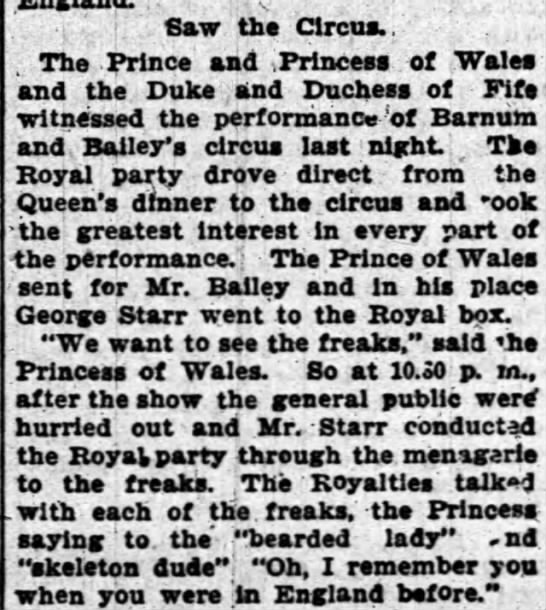 Mrs Jarley and her Waxworks Hits Lanark– and they call me strange:)

The Day the Hypnotist Came to Carleton Place

Here we go Carleton Place– Mark Your Calendars–
Friday October the 13th– 6:30.. meet in front of the old Leland Hotel on Bridge Street (Scott Reid’s office) and enjoy a one hour Bridge Street walk with stories of murder mayhem and Believe it or Not!!. Some tales might not be appropriate for young ears. FREE!–