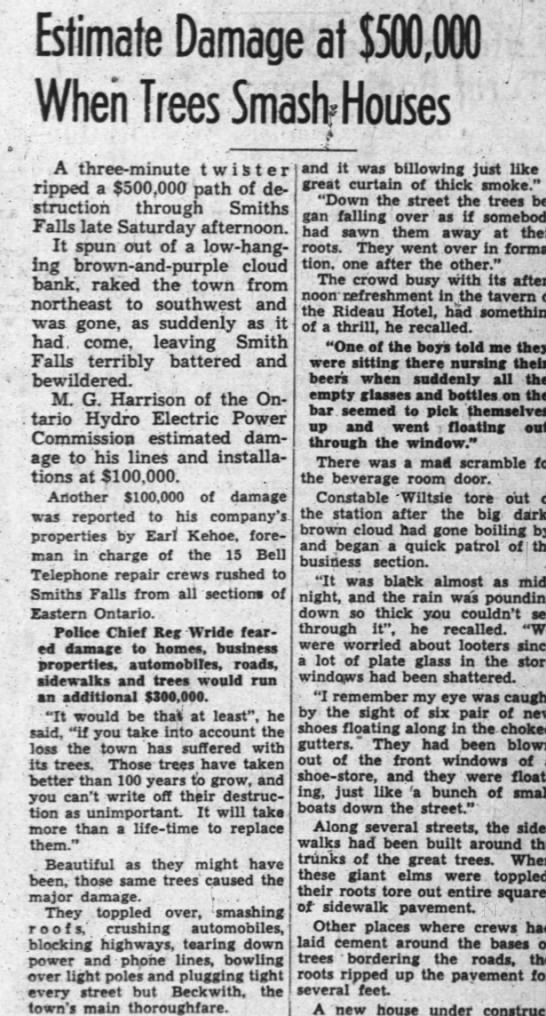 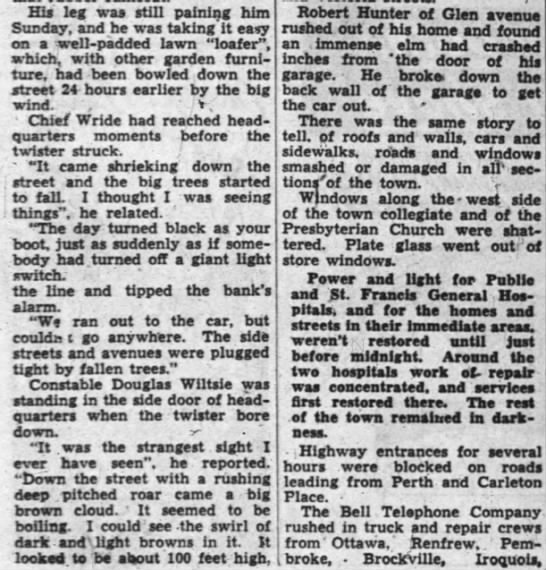 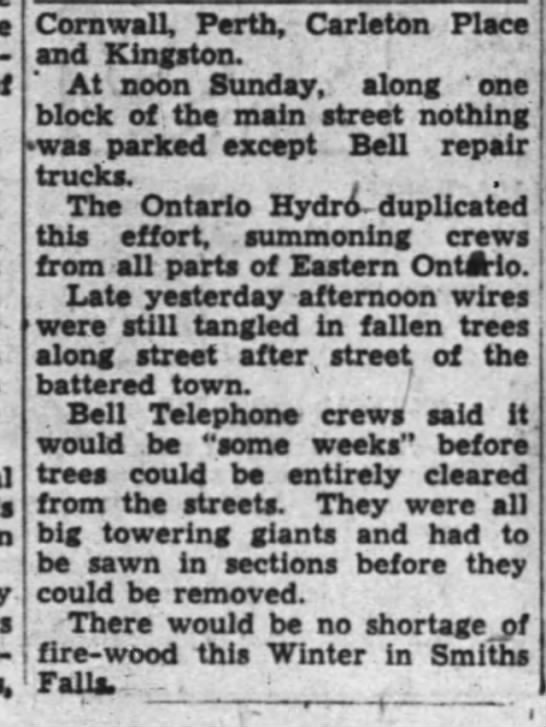 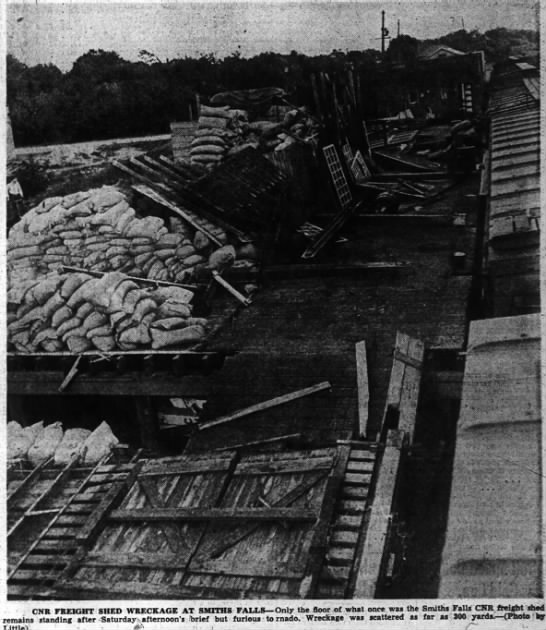 I posted this picture months ago wondering if it was the storm of 1976 or 1972 that downed this tree by the Willis House on Lake Ave West. Thanks to the collection of Wanda-Lee Morrison and the late Joan Kehoe I have found out.

The storm happened on my birthday, July 24, in 1972 and I would like to say now I had nothing to do with it. High winds and heavy rain caused widespread damage dropping power lines and uprooting trees. The storm of sudden intensity left Carleton Place residents without power for more than two hours with wind gusting more than 60 miles an hour toppling hydro poles. It also uprooted century old trees like the 100 foot Elm tree on High Street in the photo below. An estimated two inches of rain fell in less than 30 minutes.

The town’s largest industry Leigh Instruments Ltd. spent most of the afternoon in the darkness when its main power line sagged. The storm that began at 2 pm did have a fatality. A dog out for a stroll along Beckwith Street was electrocuted when struck by a hydro wire. Trees were blown down in the town’sparks with what Mayor Arnold Julian called the storm’s funnel.

Some have been quoted that God moves in a mysterious ways and he plants his footsteps in the sea, and rides upon the storm. Well, a religious gathering in Carleton Place’s Riverside Park was broken up that day in July when a 50-foot tent was ripped to shreds and blown away. No word if someone had made God angry that week in Lanark County, but the storm had actually been predicted to hit Ottawa and somehow that sucker just went south and hit Carleton Place.

Storms of Carleton Place- Which One?

Quest For Fire or I’ve Got the Power – Zoomer.