The early settlers had various sorts of troubles. There have been various instances of how horses and cows which settlers in this district had brought with them from other parts of Canada or from the United States had suddenly taken it into their heads to leave their masters and return to their former homes, sometimes many miles away.

In the year 1832 an English officer and his wife came to the Peterborough district and settled on the banks of a small lake near Rice Lake. In the first year of their occupation they purchased a yoke of oxen from a farmer twenty miles away, from a farm which was largely cleared and the oxen which he sold had been mainly used in plowing and like occupations.

But when these oxen were taken to their new home, which was in the thick scrub of a “bush” farm. they were put at work chiefly in hauling logs. Their work was rough,  unpleasant and heavy.  Whether the oxen talked the matter over among themselves is of course not known, but it is on record that one night they left their bush home together.

Thinking they had merely wandered into the bush and would return at their pleasure. the ex-officer suspended his log hauling and waited. After a week had passed the ex-officer started a search for them, assisted by some of the nearest neighbours. Their tracks led to the banks of the little lake and there they ended. It was evident to the experienced neighbours that the oxen had either waded or swam across the lake.

A boat was secured and the lake crossed. The marks of the oxen were found on the opposite shore.Then the tracks were traced into the bush. To make a long story shorter, it is related that those oxen had travelled through thick bush, swampland, creeks and small lakes twenty miles to the farm of their former owner.

The wife of the officer, who in 1846 published on her Canadian experiences, wrote: “Oxen have been known to traverse a tract of wild country to a distance of 30 or 40 miles, going in a direct line to their former haunts by unknown paths, where memory could not avail them. In the dog we consider it is scent as well as memory that guides him to his far off home: but how is this conduct of the oxen to be accounted for? They returned home through the mazes of Interminable forest, where man with all his reason and knowledge would have been bewildered and lost.”

Mr. *S.S. Merick of Carleton Place has been gathering up various lines of produce in this vicinity and shipping them to the U.S.  So far about 14,000 hop poles from the Drummond swamp near Perth and from Lanark Township have been drawn here and sent away and as many more are expected.

About 100 cords of spruce wood for paper pulp have also been cut in the Drummond swamp and shipped to Watertown, N.Y. and a considerable quantity of potatoes have been sent across the line also with grain of various kinds.

Mr. Merick is a “hustler” and the farms about here may yet find him a very large buyer.  Unfortunately, the *McKinley Bill at present hinders his operations and prevents him paying for these products what the worth is to the farmers, the money being relentlessly collected by the U.S. Customs Officers at the border.

*S. S Merrick–The Bell Telephone company’s lines spread rapidly through southern Ontario and Quebec.  The Carleton Place Herald early in 1885 reported that Mr. S. S. Merrick of Carleton Place was “obtaining 3,300 first class poles for the 106 mile contract” awarded to him for the Ottawa Valley telephone line then being built, that would connect Ottawa and Brockville, Perth, Smiths Falls, Carleton Place and points northward.  The new telephone service in this district was proposed to be placed in operation with a musical programme by telephone, according to Mr. W. W. Cliff of the Carleton Place Central Canadian. —Howard Morton Brown

It Came From a Lanark County Bayou?

Lanark County 101 — It Began with Rocks, Trees, and Swamps

Bayous are either stagnant or slow-moving bodies of water which fill abandoned waterways. The term by itself usually refers to a very slow stream, while the term bayou lake is often used to describe lakes or ponds in similar conditions. A bayou is normally found in very flat regions, as the lack of a slope reduces the speed at which the water flows. It is usually the outflow from a nearby major waterway, such as the Mississippi river, and as such may be affected by flooding in the main waterway.

Because of its often maze-like character, eternal dampness, and sometimes haunting vegetation, the bayou is often the location in fiction of frightening stories. Tales of voodoo often take place there, and a number of horror stories are set in the deep bayou, far from civilization. But what about the bayou just outside Drummond Centre off Highway 7? 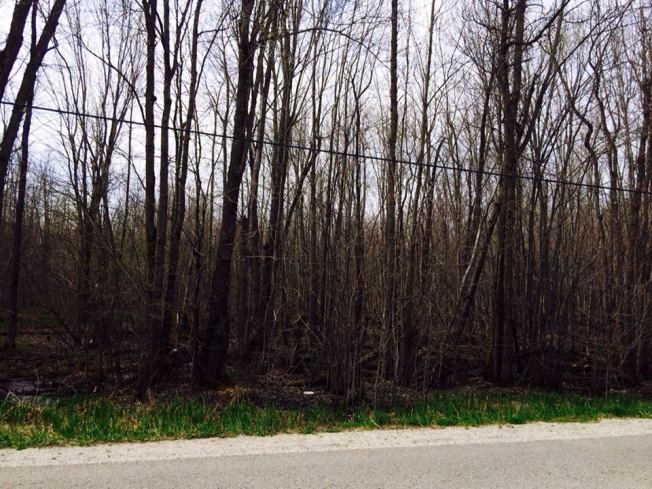 So what happened on a lone road near a Drummond Bayou one night? Sometimes you wonder if things really happen or if they are tales by revisionists hoping to make a story more spectacular. When a huge storm passed through Lanark County last summer something happened that people still question and talk about. I heard the story a few times and the words somehow held their ground each time I heard it; so I am going to tell you this unbelievable tale.

An out of province traveller found himself on the side of the road with car troubles just outside Drummond Centre, which lies in the back country of Eastern Ontario just off Highway 7. He decided he needed to get help so he began to hitchhike in the middle of a late night thunderstorm. It was raining so hard he could barely see his hand in front of his face. 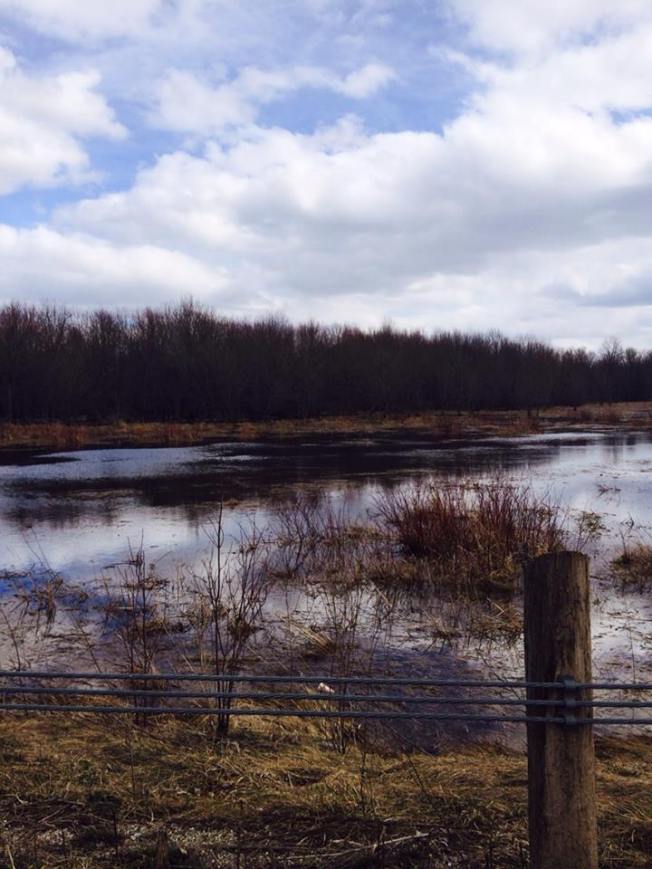 Suddenly he saw a ghost-like car creeping slowly towards him and it stopped inches away from his feet. The man, who was now soaking wet, was desperate, so he jumped in and closed the door. Funny thing was there was no driver behind the wheel and the sound of an engine could not be heard over the rain. As he sat there shaking with fright the car slowly moved down the road.

Terrified of jumping back out into the storm he began to pray and begged for his life as he saw the car was fast approaching a curve. He was positive that the end was near and the car would go off the road into the swamp. 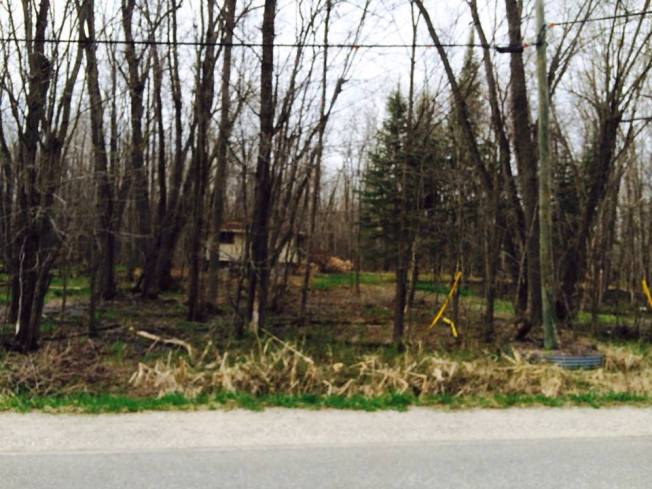 Minutes before the car hit the curve a shadow appeared at the driver’s window and a hand reached in and turned the steering wheel. The hand, once it had guided the car around the curve, disappeared as fast as it had first appeared. Paralyzed with fear the man watched the hand reappear every few minutes.

Scared to death and unable to endure anymore he jumped out of the car and walked as fast as he could towards Perth. Wet and in shock his voice quivered as he told a restaurant owner on the edge of town about his supernatural experience. People somehow realized he was telling the truth and every single person in that establishment had goosebumps on their arms after he told his story.

Half an hour later two men appeared at the same restaurant and one says to the other,

“Look Wayne, ders dat idiot that rode in our car when we was pushin’ it in the rain eh?”

So what do you think? Did it really happen or is it a Lanark County “I caught a big fish” tale?

Believe it or Not!

Lanark County 101 — It Began with Rocks, Trees, and Swamps