“I had no interest in owning a strip club.  Heck I was barely in Pandora’s Box”-Harvey Glatt

When I opened Flash Cadilac on Rideau Street in the 70s, I had no idea that the general public venturing into my store would call it “weird or strange”. That opening Friday night I thought I was just “a run of the mill store” and had my first sale that was over $50. It was a vintage raccoon coat being sold to a stripper at Pandora’s Box that she bought along with a black feather boa.

I stared at the glimmer of her bright red hair and just envied everything about her. During our conversation she told me stripping was actually a thrill for her and she invited me to watch her dance. When I saw the photo of Pandora’s Box on Lost Ottawa last week it felt like it was yesterday, only the stage was missing one thing.

That photo was missing the giant round ottoman in the centre of the stage where the girls would seductively display their body in different positions. I once sat there uncomfortably while I watched men in loose clothing stare at the women who I now called my friends. 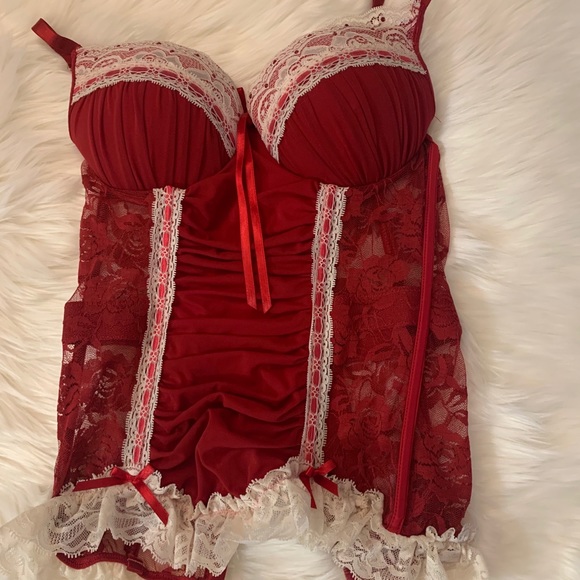 I remember the oversized chairs on each side of the stage where the VIP customer sat for a birds eye view. It was one thing for someone to walk around the store half naked, but to see it all come 360 was a shock for me at first. But, it was at that moment that I realized skimpy lingerie and heels mesmerized both sexes to mass purchasing, and no one was doing it. Because of these gals stripping at Pandora’s I figured out that males might now assume that their wives and girlfriends should wear heels and skimpy wear too, even when they were cleaning up dog poop.  Fashionable seduction was born– someone had to do it. So in 1976 my store Flash Cadilac was the first to sell corsets, stockings and garter belts. Within a few days anything I had bought from Coquette Lingerie in Waterloo, Ontario was sold out. And so it began…

Went there in the 50s to watch laters and the serials – batman etc. Also our church, when Pandoras was active had a phone number that was one digit off the Pandora number so our church secretary got a lot of phone calls looking for Pandoras
Bill Anderson

Frank Hare— I went to Pandoras and had a box lunch. I remember the stripper produced a comb right out of thin air!

In 1972 Michael Johnston and Margaret aboud created a burlesque show at this theatre. The stage, the dance filoor, the supper club atmosphere were Europe meets Broadway, meets the revolution and evolution of Ottawa .
Hundreds of stories and momentous memories took place in the location, that changed names and focus many times.
U2 the Irish group played there and only had a few cover tunes. Bono and the edge loved this Ottawa land mark. Thanks for the picture. Ox
Bruce Mitchell
Wasn’t that the Rialto Theatre? We had a joke about that place, when you went there they searched you for a knife, if you didn’t have one they gave you one.
Willy Santilli
this was ROTHMANS Furniture is the 60s. anyone else remember that ?,Then it becomes Pandora s Box Burlesque club in the 70s but the mayor made in difficult on the sex type operations in Ottawa causing them to disappear one by one. Toronto s Young St got the same civic treatment after the sad “shoe shine boy” murder Aug 77 .

Elizabeth Buchan-Kimmerly
It was also a clothing store called Bonnie and Clive for a few years, until Clive (or possibly Bonnie) took all the money and ran off to Mexico.
Phil Cheffins
It was indeed Lovie and Clive, an obvious take-off on Bonnie and Clyde. They had some interesting import items but went out of business when Import Bazaar (later Pier One) came to town

Author of the article:

1930s — Theatre is site of Sunday services of the Metropolitan Tabernacle while congregation awaits completion of what will become Metropolitan Bible Church nearby.

1970, circa — Discotheque operates in former theatre.

1996 — Reopens under ownership of Eugene Haslam.

The Naked Truth– a Personal Opinion

How many strippers have you known in your life? Because I met quite a few who shopped at my store for lingerie; I can tell you, very few of them got into stripping because they were on drugs or drinking too much. If anyone walked through my front door with stilettos and bare legs at lunchtime in the dead of winter; I knew it was a gal from the Bare Fax in the market looking for work clothes and accessories.

Their consensus always was: it’s a good gig if you can get hired at an upscale club or are a traveling headliner. Otherwise, it’s a stressful, difficult job, mainly because of dealing with drunks, owners, and wandering hands. The problem with stripping or escorting in my opinion is that you are selling something very intimate.

To some it was a  job that was part time, and a big improvement over a full time, low-paying one that included the phrase, “do you want fries with that.”  Some customers asked me why any girl would be desperate enough to do this job. Personally, I think the question should be, why are so many guys so desperate to pay to look at a body?

I think our culture treats strippers badly even though there is such demand for them *because* we demand them. We’re a badly sex-negative culture, so when we go to fulfill our sexual (bad) needs,  and we can easily hate the people providing that fulfillment.

The main reason so many people have a hard time treating sex-workers as people is that for most people sex-workers are a fantasy indulgence. Their services are employed to live out a fantasy, but to treat them as humans is to admit that they have their own personalities, rights, etc.  So why do people demonize strippers and sex workers? Because they’re out there, because they don’t show the layers of self-deception, because they didn’t follow the example of the ‘Venerable Prudes’.

Author Camille Paglia once said strippers are proof of personal power, particularly for women. Feminists went berserk. Despite this, many of the dancers I personally knew enjoyed the opportunities they were presented with when stripping for money. Some women enjoyed the dancing, some enjoyed the communication with customers, some enjoyed the freedoms. Just as in any other job, we all have our own reasons. In the end, our job description entails consistent/ near-constant physical activity, sales & customer service skills, and the ability to ooze charisma (sexual or otherwise). It can be very difficult, and it is not for everyone.

I understand many people will not not feel as I do, and I think that’s okay. Everyone has different morals and beliefs which dictate how they view the world. But honestly, no dancer nor escort needs your approval. Regardless of people’s puritanically-steeped biases, stripping and other adult entertainment work is WORK. I thank each and every one of them for the friendship and support they showed me and my stores.

Stayin’ Alive — Reconnecting With the Friends of Flash Cadilac

Remembering Nash the Slash at The Black Swan Pub

So Who Was Miss Livingstone? Burlesque

Party Conversations from: The Good, the Bad and the Famous

Is it all Relative? Linda Knight Seccaspina

A Letter to my Grandchildren April 14, 2020 — Linda Knight Seccaspina

Flash Cadillac swimwear 1979–1990s– I cut and we made so many of these its crazy.. I can remember the pattern numbers.. Black one and I see a yellow one was B34 Leopard wrap was B2 and there 3 more in that group shot but my memory has lapsed-

Walking With Ghosts — Murders and Mysteries of the Mississippi Hotel – Zoomer.