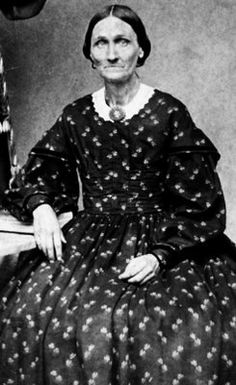 The years under Queen Victoria’s reign (from 1837 to 1901) saw fewer marriages arranged by families, and more romance between couples. Young people from both upper and lower classes had opportunities to mingle in a supposedly safe environment with members of the opposite sex. For upper class people that might mean the opera and coming out balls, for lower class members of society there would be dances put on by churches. You’d probably be chaperoned through all of these activities, which is kind of a downer, at least until you were engaged.

The bad stuff came after you got married, especially because, at least as far as women were concerned, you were stuck in it. So, you had to make really good decisions about who you were going to marry. And you’d have to make them early, because most women married between 18 and 23 and waiting longer might make you a spinster.

Elizabeth Drexel, an American heiress, married Harry Lehr in 1901. He was supposedly fun and charming and they had a great courtship. He proposed to her by saying, “You must have guessed I have been in love with you ever since that first evening. I know you don’t love me, but you are lonely, you need someone to take care of you.” So everything was fine until they were married, at which point he promptly announced to Elizabeth, “I married you because the only person on earth I love is my mother. I want above everything else to keep her in comfort. Your father’s fortune will enable me to do so. But there is a limit to sacrifice. I cannot condemn myself to the misery of playing the role of adoring lover for the rest of my life…. for God’s sake leave me alone. Do not come near me except when we are in public, or you will force me to repeat to you the brutal truth that you are actually repulsive to me.” She never divorced him, and lived with him, unsatisfied, for the next 28 years.

So I have written about the Schwerdtfeger spinster sisters from Carleton Place, and now I have found another set called The Armour Sisters of Perth. In the early 1900s they lived at 60 Drummond Street that is now apartments?. They were the daughters of Dr. John Armour an early Glen Tay Line settler. If you have any information about them please email me: sav_77@yahoo.com

On Sunday last, 20th inst., about midnight, death came to the family residence of John Armour, Sr., of this town and claimed as his own the honored head of the house at the ripe old age of 86 years.  The deceased had always been a man of robust constitution and only latterly felt that the four score years and more upon his head were giving warnings that the end was not far off.  Mr. Armour was born in Linnwood(?), Renfrewshire, Scotland on the 10th December, 1813 and came with his parents to this country in 1821 being then not 8 years old.  The family settled on the 3rd Concession Dalhousie near Lanark where they lived for many years and where his mother died, her last resting place being in the Lanark Village cemetery.

The deceased was married to Miss Catharine McFarlane of Rosetta and settled on the 9th Line of North Burgess where he lived until he came to town to reside some ten years ago.  He was a man of sterling character and strict honesty and during his whole life he endeavored to succeed in doing to every man what he would like every man to do to him.  He inherited a large legacy left to him by a deceased relative in Scotland some years ago and his contribution to all religious, educational and charitable institutions were very liberal.  Nothing deserving of aid was ever passed by him when he was appealed to.  His widow and family of five sons and three daughters survive to mourn the loss of a kind and generous father and husband.  He had but one sister the late Mrs. George Richmond of Drummond.  The funeral on Wednesday was a very large one many from a distance coming in to attend the last rites of an old and respected friend.

So was there Money Hidden in the Schwerdtfeger House?

A writer in the Smith’s Falls Record has the following commentary on the obnoxious poll tax which the young men of Almonte, Carleton Place and other towns, are compelled to pay :

“There is a poll tax which all young men who have attained their majority, and who elect to remain unmarried, must pay. It has just occurred to me that all young women who fill the bill in the same manner should likewise be compelled to pay this tax.”

In this age, when women are fighting hard to earn their own living, and in many cases crowding the young men to the wall, the consideration gallantry should be abandoned, and the law, which always had a weakness for the side of the ladies, should be modelled more in accordance with the spirit of the times.

I don’t know whether or not there are any young ladies over 21 years, in the towns of Almonte or Carleton Place who are unmarried, but if there are any they should be made pay the poll tax or get married. The matrimonial agencies would go out of business if this law were fairly carried out, and I don’t, at present, see any reason why it should not be.

Author’s Note–A poll tax was assessed against any unmarried men over 21 years of age. What is funny is the dog tax was 2-3 dollars, basically the same as a poll tax.

The Tax on Bachelors

William Atzinger, aged 35, notified the assessor of Chouteau County, Montana,
that he will refuse to pay the poll tax of $3 levied on bachelors by the last
state legislature. In his declaration he says, “Spinsters are responsible for
my not being married in their refusals of my wooing in the past.”

The report from Great Falls, Montana, further quotes the defiant bachelor as
follows: “Tax the spinsters of the same age and I will gladly pay, but
otherwise it is class legislation and I stand upon my rights. Furthermore I
refuse to get married to escape jail and I refuse to pay a bachelor tax to
escape jail.

In 1896 a Mrs. Charlotte Smith, feminist activist and President of the Women’s Rescue League, spearheaded an anti-bachelor campaign based on her concerns about the increasing numbers of women who could not find husbands — a surprising development considering men outnumbered women in the United States then by 1.5 million.

Her solution to the “problem” was to denigrate, malign, and ultimately punish bachelors in order to pressure them into marrying any women unlucky enough to remain unwed. Mr’s Smith’s wage of war on bachelors began with attacks on public servants and officials, saying that bachelors have always been failures, and that bachelor politicians, especially, were “narrow minded, selfish, egotistical, and cowardly.”

She further claimed that, “It’s about time to organize antibachelor clubs in this state. It should be the purpose of every young woman to look up the record of each and every man who is looking for votes and, should his moral character be such would make him unfit for office, then his shortcoming should be the point of attack by the antibachelor women of Massachusetts. There are 47,000 girls between the ages of 20 and 29 years in this state who cannot find husbands… [and] the bachelor politicians, they do not dare discuss the social evil question.”

Part of her remedy was to have bachelors excluded from employment in prominent public sector positions. Her second punishment proposed a universal bachelor tax of $10 per year be applied,  amounting to between 1-4 weeks of the average wage, with the proceeds to provide living standards for ‘unmarried maidens’ orphans and the poor. In 1911, Mrs. Smith was still spruiking the tax on bachelors, claiming statistics showed that 60% of eligible men in Massachusetts never married, especially men of “small means” because “in order to be popular at the club now it is necessary for a man to have one or two automobiles a yacht, and two or three mistresses, but no marriage.”
Many proponents of the tax believed that it would encourage marriage and thereby reduce the state’s burden to care for those who did not financially support themselves. Perhaps most importantly Mrs. Smith felt that the tax would lower the number of men “who go around making love to young girls”.
Related Reading: