Yesterday we ended our story with little hope of ever finding Effie McCallum and I emailed historian Jaan Kolk hoping he might come up with something and he did.

“I did not get anywhere with my first attempts, but since you had found the McCallum-Neilson wedding, I thought I would try to find who attended. Guests from out of town included Mrs. Garnet Sheppard and Master George of Lansdowne”. From the Ottawa Citizen, Aug. 26, 1921

So I found Esther Margaret McCallum on Ancestry because thanks to Jaan. I know now her name was Esther. In 1916 she married Daniel “Garnet” Sheppard in lived in the village of Lansdowne in Leeds Grenville. So Effie did not stay long in Chicago and there was no mention of her owning a millery store. She had Garnet, fell in love, married and moved to Lansdowne.

I found this social clipping and it mentions George, her son. George was born in 1917 and it says he accompanied her to visit Mr and Mrs. Robert McCallum who were her parents that lived Carleton Place. What’s interesting is she and her husband Garnet named their only son after her brother George McCallum. His full name was George McCallum SHEPPARD (see history below for more info about their son George)

Her husband Garnet had a garage business in Lansdowne, Ontario and came from a family of 10 children. From one of the clippings and I found this note from the iconic Miss Dixon’s column.

Garnet Sheppard was also one of the initial shareholders of the Lansdowne Rural Telephone Company. It was also known as the Thousand Island Telephone Company and formed January 13, 1892 and incorporated under the provisions of the Ontario Joint Stock Company Letters Patent Act, June 13, 1892. There were 50 shares of which Garnet owned one (He was number #303) and one share cost $50.00.

They had also they had moved from Lansdowne to King Street, Gananoque and Effie died in 1941 when she was 46 years old. It looks like he was still in business for himself.

George McCallum Sheppard was born in 1917

July 5th, 1917 in Lansdowne, Ontario, and lived most of his life in Gananoque. He served as a flight instructor in the Royal Canadian Air Force in the Second World War at the No. 1 Instrument Flying School on the Tyendinaga Mohawk Territory near Deseronto, Ontario. He died on March 3rd, 2007 in Gananoque and was buried in St. John’s Catholic Cemetery.

Was the Kissing Bug Real? 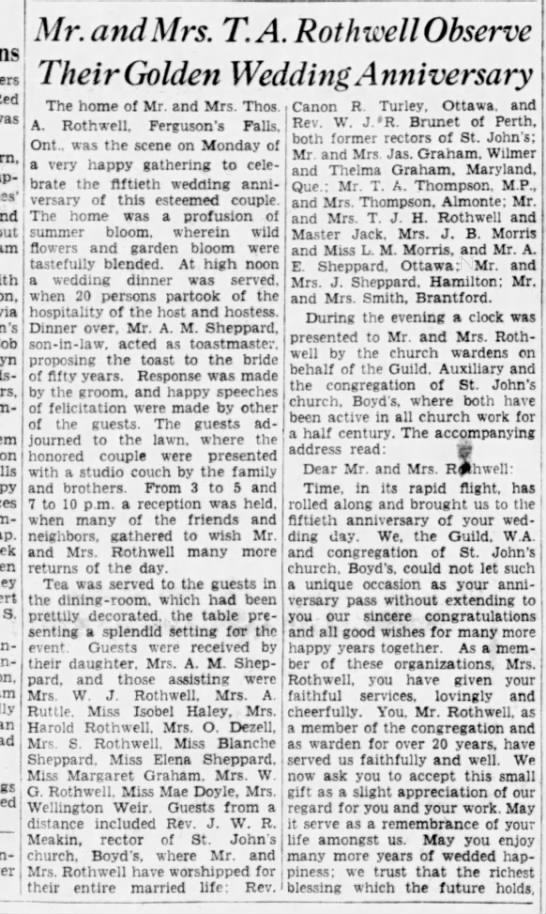 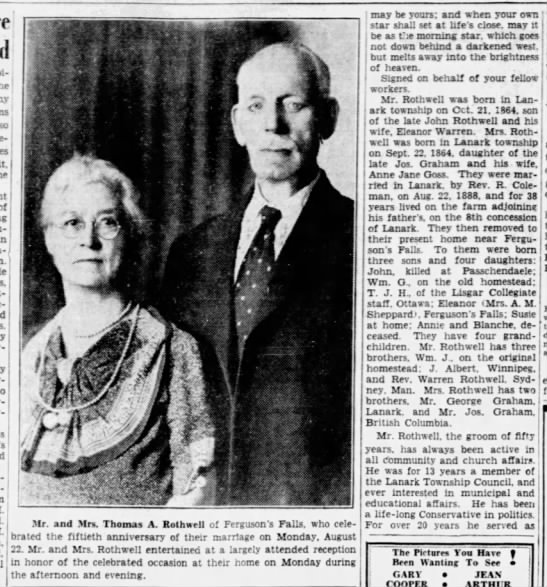 Once A Ribald River Town, Ferguson’s Falls May Be Dying

The Littlest Church in Ferguson Falls