According to Wikipedia and other archives I researched yesterday; the first settler in Ashton was listed as John Sumner. This morning on the LCGS Facebook page– Jim Amy Kirkpatrick said that John Sumner was NOT the first settler in Ashton. *William McFadden, a veteran of the war of 1812-1814 settled on Lot1, W1/2, Concession 8 in about 1817 – years before John Sumner came to Canada. The Beckwith side was also settled at about the same time.

Well,  John Sumner became a merchant and chose to be near the Goodwood River, (now known as the Jock River) which gave the village the power it needed to establish a mill. Every single other town had a mill, so why shouldn’t Ashton?

The village’s former name was Mount Pleasant or Sumner’s Corners (after John Sumner) (c1840) and an outlet was established for mail in the area, but the post office did not officially open until July 6, 1851. I guess in that era you could have any job you choose and Sumner decided to become the postmaster.

Sumner was instrumental in naming the settlement, and there are two schools of thought regarding the same name. One group says Sumner named Ashton after his ancestral home at Ashton-under-Lyne in England, and the opposing group says it was so named because of his successful pot ashery establishment.

The Historical Atlas of Carleton County of 1879 refers to Ashton as ‘a smart little country village with many encouraging evidence of material prosperity and healthy improvement surrounded by many fair farms and not just a few fine ones’.

After 15 years of Sumner residing there, the village had reached 100 in population, with a few churches, and a school with an average attendance of about 40 pupils.  The Jock river’s name was changed after a Frenchman named Jacques drowned in that very same river in the early 19th century.

As I searched the newspaper archives I noticed there were few Ashton social notes in the Almonte Gazette or the Perth Courier. Sure there were births and deaths, but that was about it. I wondered why no one was reporting about socials and then figured no one had the time to do it- or maybe they were just content without having to blast something across the county.

In 1950– 115 acres of land was going for $5000 according to the Ottawa Journal. In the 70s the Ashton Feed Mill had a flea market and auction hall and Gerald Lepage was the auctioneer. A teacher could make herself a fine $1500 a year in 1954 teaching the local kids in SS #5 in Munster.

I did find something amusing in the March 22, 1969 Arizona Star that Richard Kidd from Ashton, Ontario won a World Book Atlas, but I am not upgrading my newspaper archives service to $19.99  a month to find out the details– so you can ask him personally. Or, was there another Richard Kidd in the area?

www.mcelroy.ca—William McElroy watering his horse (and buggy) in the Jock River 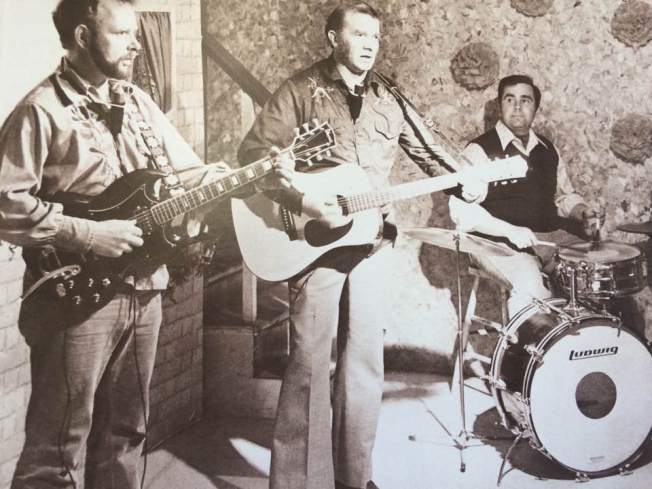 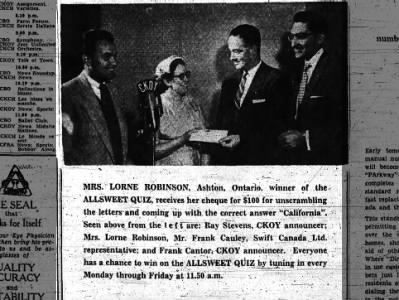 On the Perth road, now High Street, a dozen of the village’s buildings of 1863 extended from Bridge Street along the north side of the road for a distance of about two blocks.  There was only one building on its south side, the large stone house torn down several years ago, at the corner of Water Street.  It was built in 1861 by John Sumner, merchant, who earlier at Ashton had been also a magistrate and Lieutenant Colonel of the 3rd Battalion.  Carleton Militia.

-Brenda Holtz added:
Hello there….I just wanted to let you know that Sylvie Pignal donated the wicket from the old post office from the Ashton General Store to the Goulbourn Museum at Stanly’s Corners just outside of Stittsville.

-Sadly, there is a plaque on the Jock River bridge attesting to the drowning of a young girl in 1998. Etched on the plaque are the words:

“May this river never claim another life”

Elsewhere in the same paper:

On Tuesday of last week word was received in town that Rev. James B. Stewart, Presbyterian minister of the congregation at Ashton and Appleton had died and the remains were interred in Elmwood Cemetery, Perth on Saturday afternoon.  The deceased was born in Scotland 35 years ago and was married about two years ago to Jennie McLaren of Perth, youngest daughter of the late B.(?) A. McLean who with one child survives him. Mr. Stewart was inducted in Ashton and Appleton only a year back and his early death is much deplored by his congregation.

Mrs. Jessie Conn, relict of the late James Conn, died Wed., June 15 at the residence of her son Harvey, Moore St., Carleton Place.  Her maiden name was Jessie Stewart and she was a native of Scotland but has spent the last number of years in Ashton.  The funeral took place from her late residence in Ashton the following Friday afternoon and was largely attended.

Middleville:  Ed. McFarlane has left us.  He intends to open up a shop at Ashton

An article ran in this paper concerning a dinner given in honor of the pastor, Rev. A.A. Scott, of Zion Church.  I thought maybe this would be a good place to present the information contained in this article on the history of this church, as obviously from the above, it was a great loss to the community when it burned down some years after this article ran.

The congregation was established in 1868.  At a meeting of the Presbytery held in Almonte, a requisition was received to which was attached 120 signatures, asking the Presbytery to constitute then a separate charge. In Perth, at a later meeting of the same Presbytery, (for at that time all this territory was covered by the Ottawa Presbytery), held on May 6, 1868, the request was granted and Zion congregation was established, being one of three – Black’s Corners, Ashton and Carleton Place – under one pastorate.

It is with great regret that we must inform you that, despite our best efforts to the contrary, the owner of the building in which our business, The Ashton General Store, is located has decided that we will have to close our doors for good on April 22nd, 2016. Somehow, the owner, the Estate of our dearly departed friend, Bill Patterson, has concluded that the value of an empty building is greater than a building containing our viable and vibrant business serving the community.

It is hard for us to express the sorrow we feel knowing that we will no longer have the privilege of greeting you in the mornings and wishing you the best day ever, or helping you deliver an important parcel for your grand-daughters’ birthday or, just chatting with a friend.

When we first bought the business in 2011, we had a vision that it should be a community space; a place where we could all gather and feel comfortable enjoying each other’s company. We and our family all regret the loss to our community more than any economic hardship we ourselves may suffer. Our thoughts are with you.

You will always be our Ashton family. We love you all!

How to Catch a Pigeon in Ashton

Photo-Carleton Place and Beckwith Heritage Museum— We thought that was Richard Kidd Beckwith Reeve somewhere back in time. The other person in the picture is  Earl Hurdis- I have been told that Mr. Kidd was once a Carleton Place football coach. BUT unknown to me he emailed Jennifer at the museum last week to say it just wasn’t so.. So who is the chap on the right?

But the message does not change..

“Stop the competition and work together to save Lanark County history. Those competitive football games are over its team work going forward” Beckwith Reeve– Richard Kidd aka Richard the Wise

Beckwith Reeve Richard Kidd’s ancestors were among the first settlers of Beckwith Township and there is no doubt that Beckwith runs in his blood.

Lanark County and the Lanark County Genealogical Society members are grateful for his coaching on occasion and continued support. (Our monthly gatherings are held in the Beckwith Township Complex at Black’s Corners and our 2017 Heritage Bus Tour is Beckwith Bound.)

Read about our last tour last week in Perth and Tay Valley on the link below:

“Quite a tour, with just enough historical information that makes you want to come back to learn more.

Perth and Tay Valley could each have a tour of their own.

The organizing committee did a fantastic job”

What I Did on Beckwith Heritage Days – Alexander Stewart – Ballygiblin Heroe