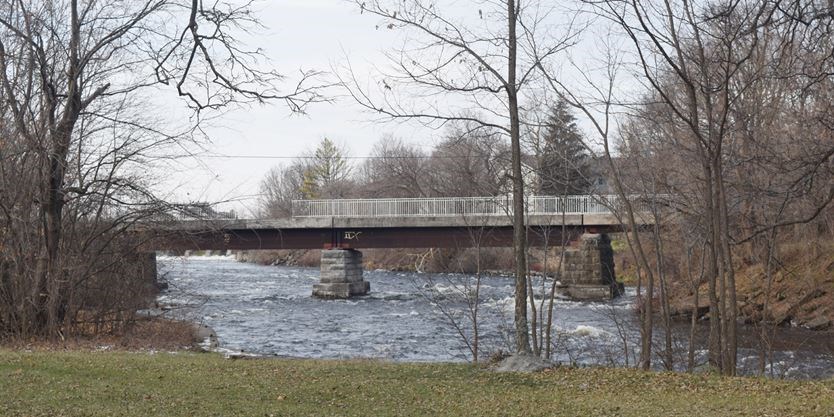 William Willoughby  built the railroad bridge that spans the Mississippi. In August of 1964, three young girls were caught on the Mississippi River narrow railway bridge. Watching in horror, a CPR Ottawa-bound Canadian passenger train was coming towards them quickly. Two sisters were forced to jump from the 25 foot high train-only bridge and they landed in the shallow waters of the rock-bottomed Mississippi River. Read the rest here.

I so appreciate this name as I cannot tell you how many times Carleton Place was called “The Junction Town” in all the newspaper archives I read. I am absolutely thrilled!

Ted Hurdis I like it and could not be happier that we are being proactive in developing this land.

Norma Ford I remember it being called the “Hub of the Ottawa Valley” when I went to school (long time ago). I do like the name “Carleton Junction” though. What other names do you recall?

Linda Gallipeau-Johnston I remember “the junction town” – we always called it the “junction” at the intersection for Ottawa Smith Falls Perth and CP.

Reputation of the Town

Those Editors and Professional men that persist in going to the Junction twice daily should get a good fitting suit at Sumner’s Old Stand and keep up the reputation of the town, in the tailoring line at least, especially as Bob will sell them a suit so cheap.  Also dress shirts at a great bargain.  Come in, gentlemen, and try ‘em on.

1882- A new railway station was built at the junction of the two lines here.  Exemption from municipal taxation was granted for the C.P.R. workshops being moved to Carleton Place from Brockville and Prescott.  Major James C. Poole (1826-1882), Herald editor, predicted the town was “about to enter upon an era of advancement and unparalleled prosperity.”

1886 – The railway junction and divisional town of Carleton Place was a stopping point for the first through train of the C.P.R. to reach the west coast from Montreal. 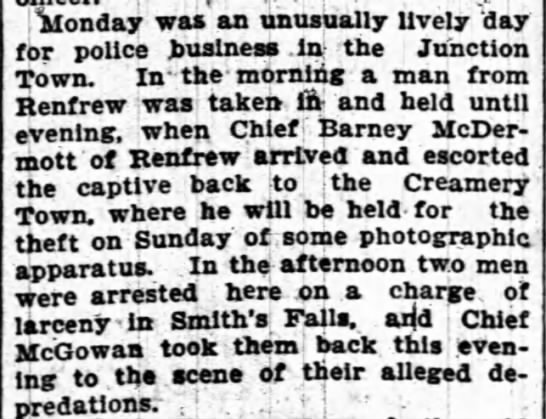 Doug B. McCarten My Mom always called it “Killer Junction” because of all the fatalities from vehicle collisions!

She wasn’t the only one Doug– Found many many references to that name in the archives. 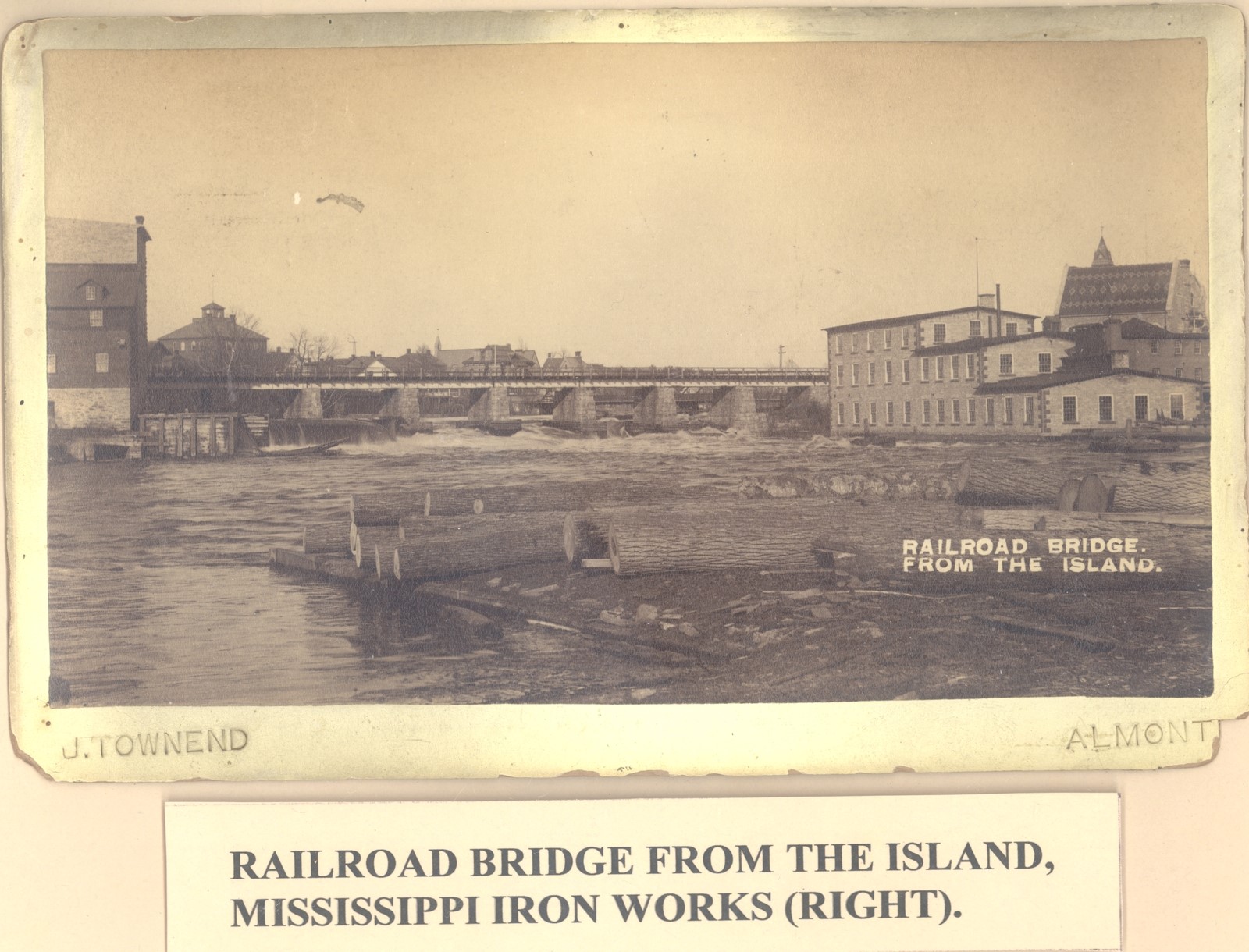 On Monday evening two children children of Mr. Howard were attempting to cross the dam between Thoburn’s mill and the railway bridge when the eldest, named Willie, age nine years, slipped into the water, and the youngest, named Archie, aged about six, made an attempt to save his brother, and be himself got into danger.

An alarm was raised by 6 little fellows running to tell Mrs. Howard, who flewacross to Mr. Galtin ’s store, where her husband was employed, and the father lost no time in rushing down to the scene of the disaster. On arrival there he saw the youngest boy holding on to a log, but the action of the water and the unsteadiness of the log caused the child’s head-to frequently -dip under water.

Very soon the father succeeded in placing him in safety; in the meantime the elder boy had disappeared, and the suction of the water prevented him from coming up to the surface. As soon as the wheel wss stopped Mr. Delisle an- employee ol No. 1 mill, threw of his coat and hat and dived to the bottom and in a moment, the child appeared above the water,

Fortunately Drs. Burns and Lynch were immediately on the spot, and to their prompt and energetic action, humanly speaking, the boy owes them his life. The little fellow, when taken out of the water, was to all intents and purposes dead, but to the coarse of treatment resorted to was successful in restoring the action of the respiratory organs, and in a few minutes his life was saved.

After a short time he was moved to Dowdall’a drug store, and – from thence to the house of his parents-. The doctors remained with, him for some time, and had the satisfaction at length of knowing that they had snatched a victim out of the grasp of death. The boys are rapidly recovering, but they along with their father and mother received – a severe shock.

We have referred to the prompt action of our townsmen jumping into the water after the missing boys and they should be proud.