Santa Claus arrived in Almonte Thursday afternoon, Dec. 23rd, but he came by sleigh and not on the train as expected. It had been advertised that the old boy would be aboard the 3.45 east bound Pembroke local but this train was late owing to a mishap near Pembroke. After Santa waited for quite a while at Blakeney, where he had no doubt been distributing presents, it was decided to bring him into town in a cutter. There was nothing very unusual about this mode of conveyance for Santa Claus except that the vehicle was drawn by a horse instead of the reindeer he uses when on his Arctic travels.

When Santa alighted from the sleigh it was found he had been accompanied from the North Pole by his wife. Some of the youngsters seemed to detect a likeness between Santa and someone they had seen around town before and the same went for Mrs. Santa. But, be that as it may, the two got a great reception in front of the O’Brien from a vast throng of children who had been waiting impatiently for some time for their arrival.

A special welcome was extended to Mr. and Mrs. Santa Claus by Mayor Alex. McDonald and by Mr. Karl Paupst, head of the Lions Club which sponsored the entertainment for the children and the visit of St. Nicholas and his jolly lady. A parade was formed according to schedule and was led by the distinguished visitors in their horse and cutter. It proceeded through the main streets of the town and was made up of floats decorated along Christmas lines; the Citizens’ Band providing music and a group of Mrs. R. G. Kenny’s pupils on a truck singing carols.

On returning to the O’Brien Theatre the young folk crowded in for a free show and generous gifts of candy and oranges. Mr. R. A. Jamieson, K.C., acted as master of ceremonies for the program. Nor were children in the Rosamond Memorial Hospital forgotten. Santa Claus visited them too and presented them with gifts similar to those given out at the theatre.

Dr. J. R. Fraser was chairman of the committee in charge of the Lions Club Christmas party. Assisting him were Messrs. John Lindsay, Jam es Brown, R. A. Jamieson and Nick Carrie. There was a great deal of work entailed in the arrangements not the least of which was the packing of some 650 bags of candy. Special films had been procured for the children’s entertainment which radiated the spirit of Yuletide and Santa Claus, not to mention Mrs. Santa Claus. It is said the latter henpecks poor old Santa to beat the band during their long sojourn in an igloo near the North Pole. In fact this is so much the case that Santa is always glad when Christmas rolls around and he is able to leave her for a few weeks. But this year she was too cute for him and came along to see that he behaved himself, especially with the young ladies of this southern climate because Mrs. Santa is a very jealous gal.

Clippings and History of Mill and Bridge Street Almonte

Seeds of Love–Almonte Cinema – Then and Now 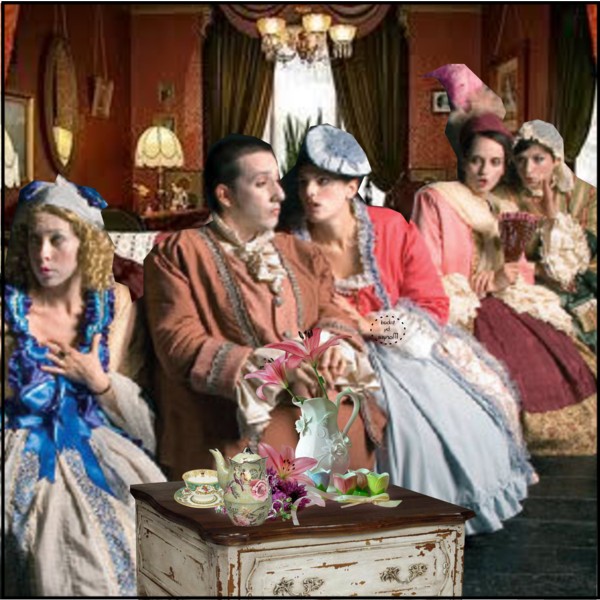 The rise of cheap, sensational newspapers in the nineteenth century meant that shocking scandals weren’t just whispered about behind fluttering fans and raised teacups. Ordinary members of the public could sit down at the breakfast table and over tea and toast, read every juicy, salacious, delicious detail of who did what and to whom.

Sadly, Honey Boo Boo wouldn’t be born for another century-plus, so reading newspapers, penny press publications, and scandal sheets was a way for the public to sate its appetite for the disturbing, the sinful, the extraordinary, and the downright ugly– and in small towns it wreaked havoc with regular to day life.

To the Editor of the Perth Courier—

Will you allow me space enough in your valuable paper to correct a mistake or I suppose what you would say was more of a slur than a mistake of what the party or parties say in the Wemyss news that Mr. J. Bowes visited my place.  I must say that gentleman is a man I have never seen for several months.  I must say that I excuse the one who put it in for God gave some of them around Wemyss so little learning and less sense that ignorance has to be over looked.  I take public steps to correct this but the next will be costly ones.  Thanking you for your space, Mrs. John O’Brien

Wemyss:  J. Bowes assures us that the Wemyss correspondent was in error when he stated that he (Mr. Bowes) was a visitor in that neighborhood; and Mr. P. Brady informs us that the statement that he was visiting was equally untrue.  It is to be regretted that correspondents in furnishing news items are not more careful to ascertain the truth of their statements and thus avoid annoyance which this inaccuracy often occasions.

Wemyss:  The home of W. J. Blair was made double happy by the advent of a young daughter.

Wemyss: Visitors—Mr. and Mrs. Peter Dowdall at John O’Neill’s; T. B. Palmer is at present boarding at James Tysick’s’ Messrs. P. Noonan and J. Bowes at Mrs. John O’Brien’s; and P. Brady and Mr. Buchanan at Mrs. B. Richards.