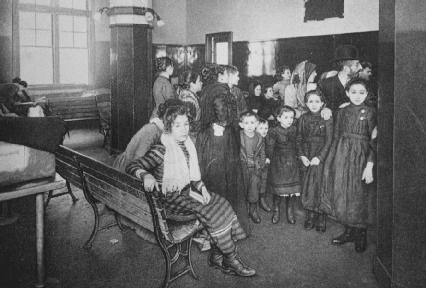 The sailing ships averaged 38 days from ports in the United Kingdom, 50 days from Germany and 51 days from Norway. The general health of the passengers of the season was good; out of the passengers from the United Kingdom only 11 deaths occurred on the passage, and of the 337 deaths recorded in the sailing ships from Germany and Norway, the greater number, viz: 311 were children who died from infantile diseases incidental to the long voyage, closeness of atmosphere and the want of proper nourishment suitable to their age. The bridal crown came in use at the end of the middle ages, with the Virgin Mary’s crown at the forefront. The crown was undoubtedly the most expressive part of anything the bride would wear. It would be a symbol of her purity and virginity. Women who did not qualify in that category or who were pregnant or who were widowed were not allowed to wear the bridal crown. In some districts pregnant brides were allowed to wear smaller crowns or a modified version of the hodeplagget – a head covering that married women wore with their bunad.

Bridal crowns varied from district to district. They, as a rule, would be richly decorated with detailed silver work and, of course, would be very valuable. Some crowns could be so heavy that they would have to be sewn into the bride’s hair in order for it to sit properly in place. A very strong neck was necessary to carry this honorable head piece the entire day! Some crowns were owned privately, but many were owned by the church. Usually the crowns would be rented out and the price was usually one “daler”- Norwegian money unit prior to 1875.

That would be the custom of bride gifts, a folk tradition that was kept alive until the mid-1800s, when a new Norwegian law abolished the bride’s right to these gifts. Baklid conducted the research for his recent doctorate in the Department of Culture Studies and Oriental Languages at the University of Oslo.

Before marrying for love came into the picture, the primary intention of a couple’s union was economic. Throughout history, it turns out that the groom often gave one or more traditional gifts to the bride.

According to Baklid, the bride could draw on these gifts if she became widowed. The basic principle underlying the gifts was that she would be financially secure if her husband died.

Blakeney:
Was originally called Norway Pine Falls, then Snedden’s Mills after the first settler Alexander Snedden in 1822. Then it was called Rosebank in the 1850s – which is one of the names showing in the Historical Atlas for Lanark County, however Blakeney PO shows at the same place. 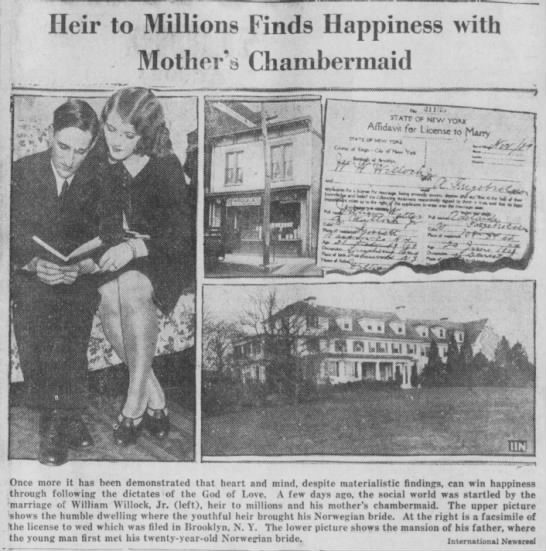 How Many Women Does it Take to Replace a Team of Horses?The Doukhobors