I had no idea she passed away 😦 May we all take this moment to remember her.

I have been cutting archived newspaper articles for over 2 years. I will be adding from time to time new ones as I go through them. 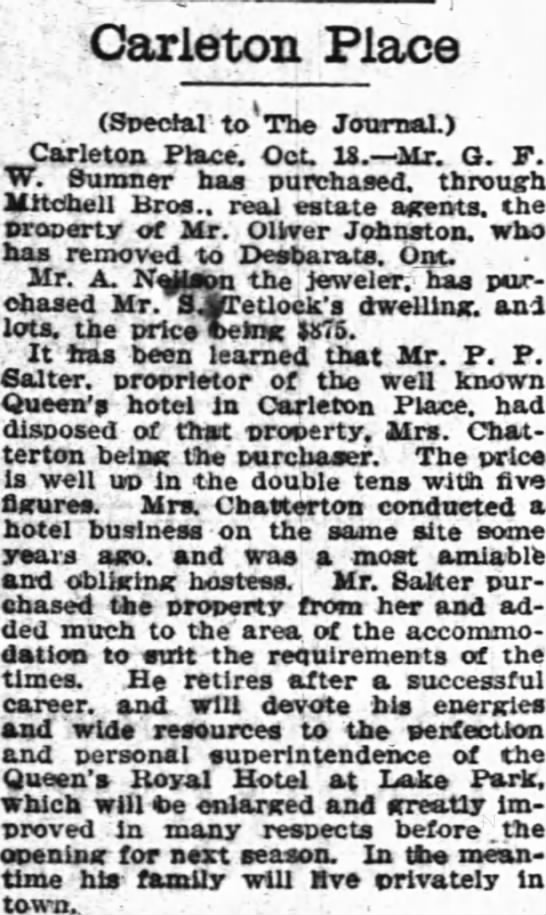 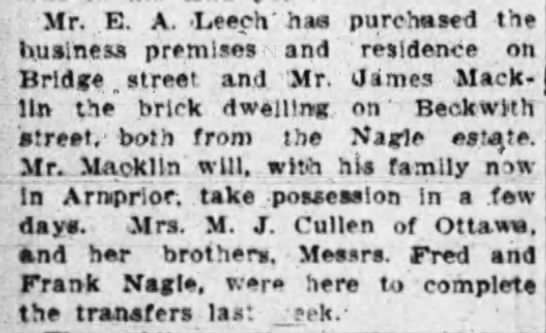 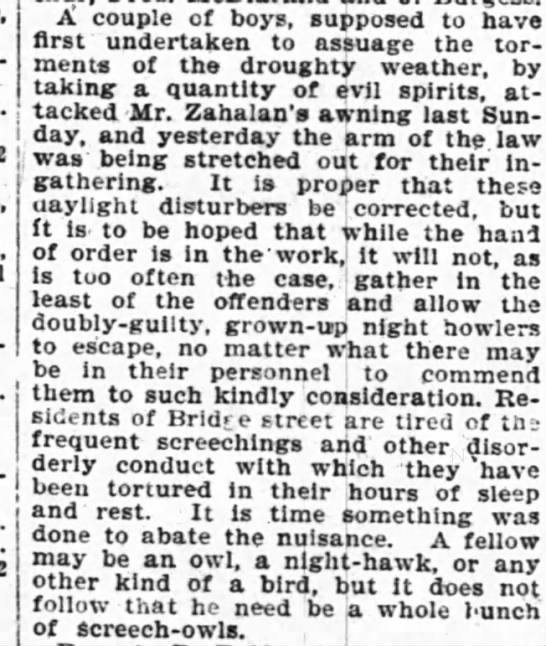 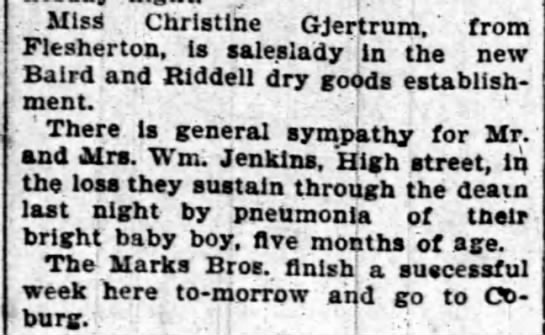 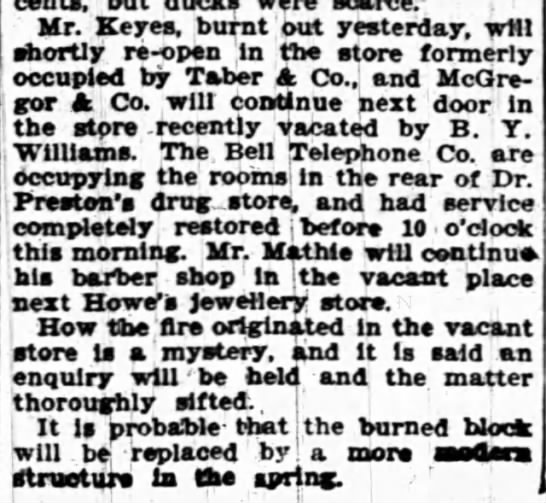 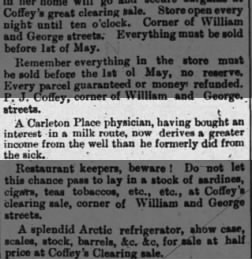 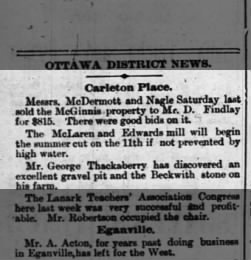 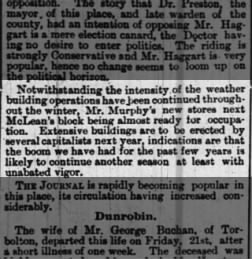 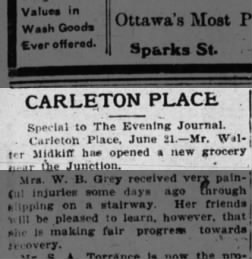 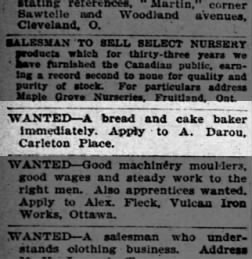 Dr. Johnson Downing and Ferril I Presume? Carleton Place Then and Now–Bridge Street Series– Volume 12 a

The sad state of affairs with small children..

I posted this on Tuesday. What happened to these children? The next day this was posted…

It was always believed that some sort of miracle would would take place in the life of an orphan and they would be adopted. Orphans were normally taken in by their immediate relatives, neighbours or couples without children. Laws related to adoption did not prevail in the Victorian era and so most of the instances of adoption were informal. Adoption of a child of the lower class by people of higher class, however, did not permit the child to maintain relations with the higher class and Canada had strict laws. If you suddenly found yourself without family you were put in jail until the courts could deem your story. Canada was worried about the country becoming a dumping ground for child immigrants. Your morals were assessed to see if you could become responsible citizens.

Some of the orphans considered themselves lucky to get placed in educational institutions. The philanthropists of the Victorian era considered it a social responsibility to donate money to schools which were formed to educate the orphans and provide boarding facilities. Food, clothing, shelter and education were given to orphans until they turn seventeen. Once they attained the age of seventeen the orphans were expected to work and earn on their own.

Most of these education centres were not funded properly and Orphans were educated for the purpose of performing lower-middle class occupation such as that of a governess. To make matters worse the nutrition standards were not up to the standards and corporeal punishment excessively. In such poor conditions, diseases spread rapidly in the crowded centres.

As abandonment of children was quite often during the Victorian era a residential institution to take care of the orphans became the need of the hour. Thus orphanages were set up in different parts of United Kingdom as Group home, children home, rehabilitation centre and youth treatment centre.

The establishment of orphanages played a major role in reducing the infant mortality rates. The orphanages offered community-based living and learning to children. Though orphanages acted as a better option when compared to adoption and foster care, in some of the unregulated orphanages, children were subject to abuse and neglect. But there were still some orphans searching for a ray of light in the darkness, living in the streets doing menial work and begging for money for their living.

Gilbert and Bertha Cardwell were pardoned by the Dominion of Canada and who knows what desperate place they were sent. Attempts to find them on genealogy pages, insane asylum lists etc. were fruitless. All that is know is they went to an orphanage in Kingston and the were probably sent to the Sunnyside Children’s Centre in Kingston. From mid-century until 1893, children’s homes like the Kingston Orphans’ Home were the primary providers of care and protection to destitute and neglected children in Ontario. About one-third of the children admitted were returned to family, but more than half were placed in private homes when discharged. Establishing good placement procedures was therefore a priority and a primary motivation for the founding of the Home. One hundred thirty-five children placed by the Home from 1857 to 1876 are tracked in order to assess these placement practices and the Home’s effectiveness as a child protection agency.

History
The Orphans’ Home and Widows’ Friend Society was organized in 1857 to provide for the care and education of orphans. Initially these children came from the House of Industry, an institution established by the Female Benevolent Society for the poor of the area. By 1857 the House of Industry was well established and receiving aid so the women who had been involved in organizing that agency now turned their attention to the children. In March, 1857, thirteen children were admitted from the House of Industry into a house on Earl street where they were cared for and taught by a Mrs. Harold. Other destitute children attended the classes.
In 1862 the Orphans’ Home and Widows’ Friend Society was granted a charter. In 1862 the Orphanage and school moved to larger quarters. In 1927 the building housing the Orphanage was bought by Queen’s University and Sunnyside, the home of Mrs. G.Y. Chown, was bought for use as an orphanage. As conditions changed and orphan children were adopted or placed in foster homes the orphanage had fewer and fewer inmates. By 1947 the role of Sunnyside had changed. Since that time it has been a centre for the treatment of emotionally disturbed children