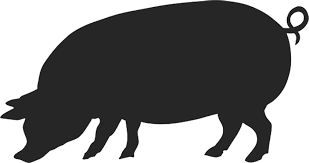 This is a near-ghost story, if you know what we mean. The experience was that of one Patrick Burns, a middle-aged mechanic who boarded at Mrs. Richard Guy’s boarding house on Wellington street. The time was the fall of 1868 and Mr. Burns had occasion to go to Conroy’s mill on the Aylmer road on business. He was walking home late at night and the night was dark and very still.

Not long before the Burns trip a poor unfortunate had hung himself in a bush just west of the Protestant cemetery outside of Hull. The bush of course was supposed to be haunted. Just when Mr. Burns was passing the (haunted) bush, he heard through the stillness a rustling noise at the edge of the bush. He stood still and his hat literally rose from his head and his hair was on end with fear. looking towards the bush in the darkness he discovered a dark object on the edge of the road. The object slowly moved towards him.

Patrick would have bolted, but it was fear that held him rooted to the ground. The black object came closer and closer. When it was within a few feet it revealed itself to be a large black pig. At first thought Pat felt like falling on the pig and hugging it, he was so happy. But on second thought, he didn’t. It occurred to him the pig was black and well, you know how it is, with people when they are superstitious. The pig might not be a pig at all, he reasoned; it might be the son of Satan. By this time the black pig had crossed the road and disappeared into the darkness. Pat’s feet suddenly loosened, and he didn’t stop running till he reached Eddy’s corner. Don’t laugh, you might have been scared yourself! 🙂