Joan Johnston Queen of the Prom 1956

Bowling Queen of the Ottawa Valley 1962

Glamorous 16-year-old Miss Sandra Warner, daughter of Mr. and Mrs. C. W. Warner of Smiths Falls, a Smiths Falls and District Collegiate student, was chosen “Miss Eastern Ontario” at Perth’s seventh winter carnival held in the Perth Collegiate auditorium Saturday night Seven hundred spectators packed the auditorium and a large crowd was unable to get inside the hall. Despite a heavy downpour of rain and hazardous driving conditions, the surrounding towns and district were well represented.

This is the second occasion in which a Smiths Falls representative won the title. Miss Marilyn Allen was the 1958 winner. There were nine queens entered in the contest. They were auditioned in the Perth Collegiate on Saturday afternoon. Judges were: Renne D’Ornano, Jewell Graham, Pierre Belisle and Jim Terrell of the CBC, Ottawa. Crowns Winner Miss Warner was crowned by Miss Heather Black, Carleton Place winner of the title In 1960. The pretty young miss was presented with the Courier rose bow by N. K. H. Turner and s beautiful bouquet by Mrs. E. S. BurchelL A $200 bursary awarded by an Ottawa company was pre sented by John Spence of Ottawa.

William Luxton, of Kingston, was master of ceremonies. Mayor E. S. Burchell welcomed the large crowd to Perth’s annual winter festival and particularly the many communities in Eastern Ontario who participated in the contest Trophies for winners of the local dog derby held in the afternoon, sponsored by the Jaycees, were presented by Mayor Burchell to Jim Malloy who won and to Joan Malloy who was the first girl to finish.

The talent contest was open to Eastern Ontario. The contest was divided into junior and senior sections. In the junior division, little Miss Normalyn McLellan, Perth, with her song and tap dancing was the winner. Margot Royce, Amprior, was second and Nancy Houston, Carleton Place, vocalist, was third. In the senior division, Sandra Doyle and Michael Mailey, Carleton Place, in a tap dance and piano solo, were winners. Don White and Don Eastman, Innisville, in their guitar number were second, and James P. Rae of Perth, vocal soloist and guitar accompaniment was third. Each of the winners received cash prizes. A tvro-day mixed curling bonspiel in the Perth curling rink was completed on Saturday night to bring to a climax a round of carnival events.

The Dark World of the Miss Civil Service Beauty Contests 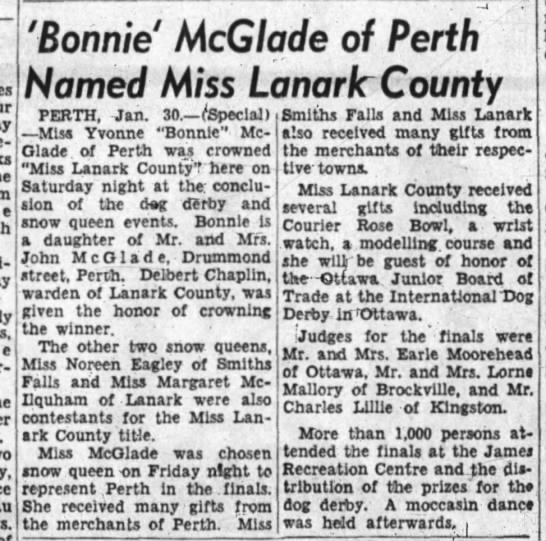 Miss Civitan Club 1976? Who Are These Women?

If you read the article the Lowe sisters came second in the junior division.. Here is a blast from the past

You Had Better Work it Girl –Blasts from the Past 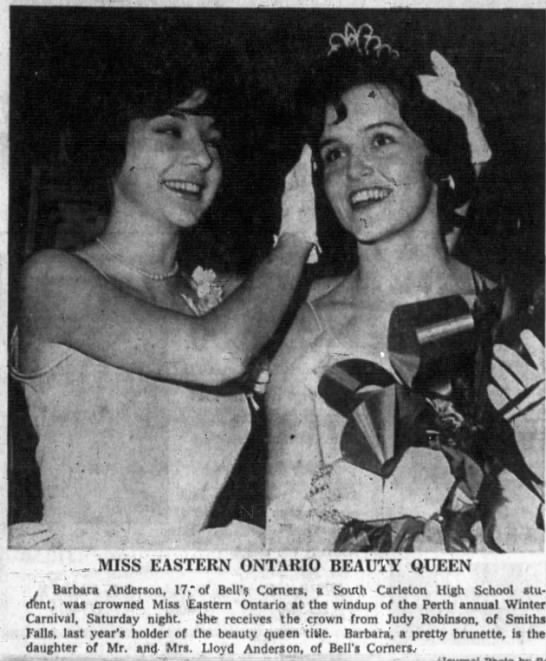 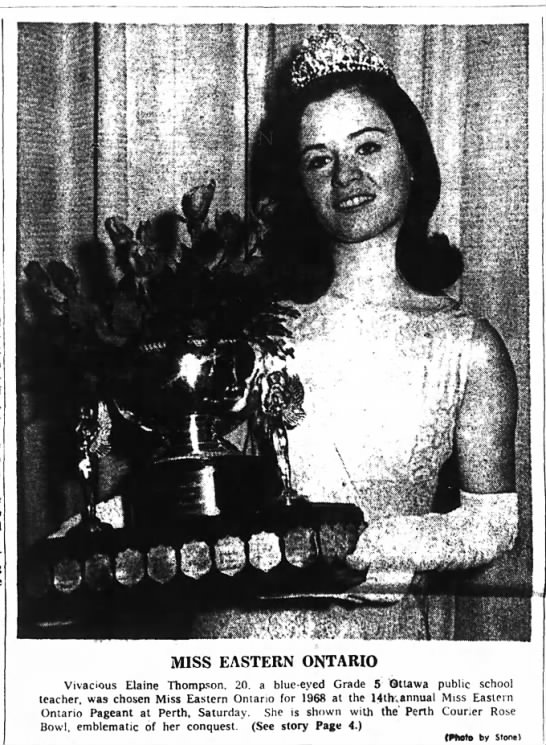 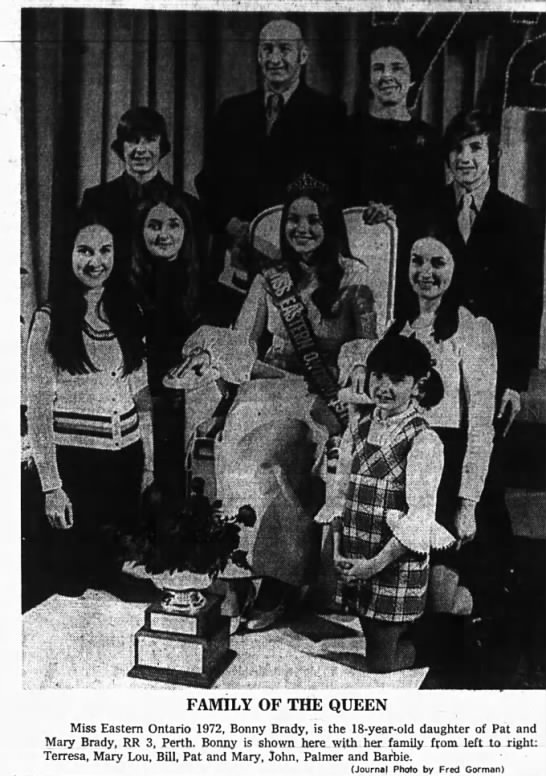 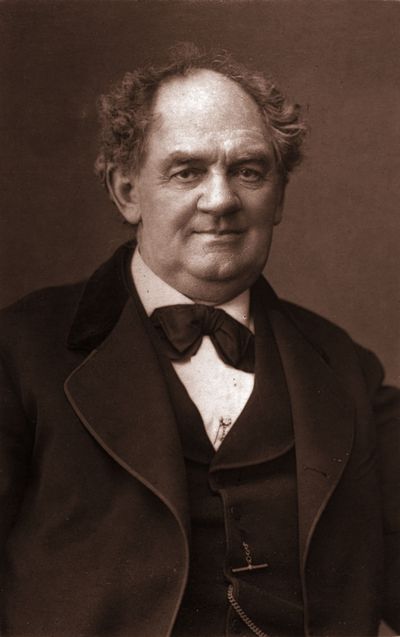