Believed to be a record in Lanark county, and possibly Ontario, a Drummond township farm property has remained in the possession of one family representing the fifth generation for 124 years.

At the present time the farm is owned by Rutherford Mcllquham and is one of the finest in the county. It has been in the hands of the Mcllquham family by direct succession, son to son, since the year 1821 when James Mcllquham, immigrant pioneer, chose the site from the primeval wilderness.

During the lifetime of James Mcllquham, his original roof-tree was succeeded by a larger log structure which, until four years ago, remained standing not far from the present stone home. The property was passed on to his son, James Mcllquham Jr., and from him to his son, Walter S. Mcllquham, who in turn was succeeded by one of his three sons. The present owner is one of the best known farmers of this district. He has two sons, Max and Ellis, and a daughter, Margaret representing the fifth generation.

The Mcllquhams are one of the oldest families of Lanark county and have settled in various sections. Several relatives have resided in Carleton Place and at present include Mrs. Walter Mcllquham and Clyde Mcllquham, of the Mississippi hotel, and James Mcllquham. 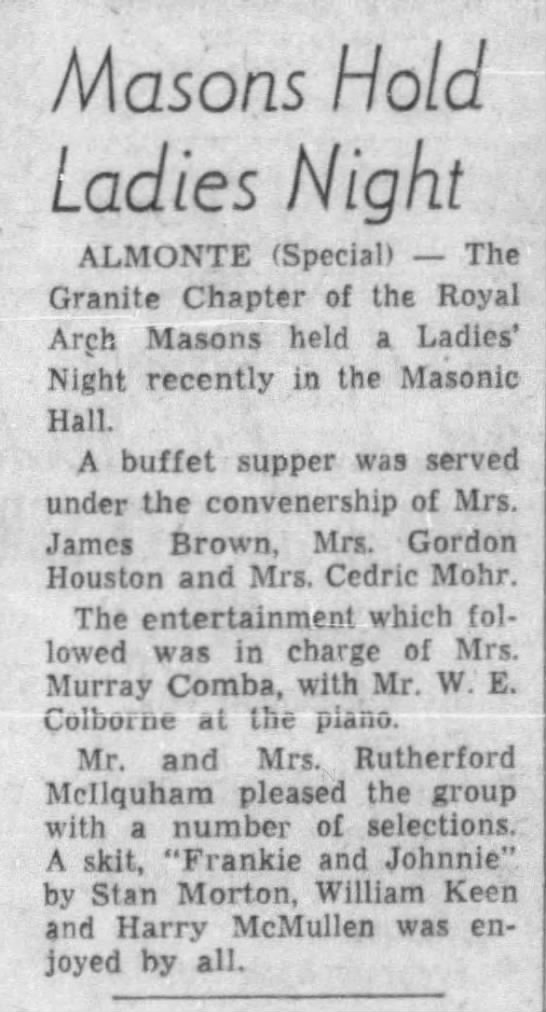 Did You Wear Wool Socks to Bed? From Dublin to Drummond- Mahon Family Reunion — The Series Part 8