I am a little older than most of the folks who have commented about the Actinolite Bears. In the summer of 1936 and 1937 I lived with my grandparents- Joseph and Beatrice Yanch in the Stewart House in Flinton. The owner of the service station at Actinolite had a bear that we stopped in to see when we went into Tweed for shopping. However, the real adventure was when the bear owner took his bear on a tour around the countryside. You could buy bottles of pop or beer from him and hand them to the bear. For an extra fee he would allow people to have their picture taken handing the bottle to the bear or standing beside it while it guzzled the refreshment. I have an old photo of me standing beside the bear who was chained to the front bumper of the owners old truck. We were all standing in front of the Stewart House.

During the 1930s as Highway 7 was built to replace the poor road to Kaladar, a bus stop restaurant and store with motor court cabins was built (largely using the logs from the old Kleinsteuber church from the nearby German Settlement.  It had a tourist attraction of caged black bears, a store that sold Indian moccasins and trinkets, and the restaurant was later rebuilt.

I remember Buster and Brandy. The Price Log Cabin was owned by my 2 Uncles, Bud and Bruce Price. I sure miss the days of feeding the bears their ice cream and pop. My Great Grandfather built the log cabin. I also remember the trading post that was next door, they had a lot of nice things

My Grandpa, Bruce Price & Uncle Bud (Lloyd Price) were owners of the Log Cabin Restaurant (Price Bros.). My Dad worked there along with everyone else in the family at some point, and many of the locals as well. Lots of memories there. I still come into contact with may people who remember the place and the bears, Buster and Bandy (sisters) and the older bear Teddy (female). When I was a kid it was just empty cages. The bears are buried in the field at what used to be my Grandparents house, across the road from the restaurant, now owned by my cousin.

My Great Grandfather, Merritt Price built the Log Cabin Restaurant. His sons Bud and Bruce (my Grandfather) inherited and ran the restaurant, with their wives Shirley and Helen, respectively, until 1984, when they sold it and retired. I note above, mention of the bears being incorrectly identified as Mandy, Bandy, and Moe. Please note that there were more than two bears, over the years, and those names do sound familiar to me. The restaurant was named after the log cabin that Merritt and Dorothy Price lived in. There were also 3 very small rental cabins, and they were also named (although i forget the names), which may be contributing to name-related confusion . One of the cabins still exists on the property of the late Bud Price on the corner of Hwy’s 7 and 37. Also note, the bears loved ice cream just as much as pop.

Jon, I’m afraid I don’t know when the bears were no longer at the Log Cabin, but I’m hoping some readers might. As you probably saw from other comments, some members of the Price family, who ran the restaurant for many years, have weighed in, and they might know. I kind of think that the bears were still there when my family moved away in 1975, though I wouldn’t want to bet my bottom dollar on it. I wouldn’t be surprised if the last of the bears was somewhere around 1976 or 1977, as you are guessing

In the mid 1960’s and into the 1970’s our family would often make the trip from Belleville to both, Tweed and Flinton to visit family. Of course, our father (late Charles Kammer) would always stop at the Log Cabin for us kids to view the bears. From time to time, we were granted enough money to purchase a coke to give the bears. This was a highlite of a weekend for us kids!

Day Tripping Ontario–I remember a zoo on Highway 7 near Sharbot Lake. I think it was only .10 admission and had eagles and some other animals in fencing that didn’t look too secure

Anyone remember this, Most likely very early 70’s or late 60’s 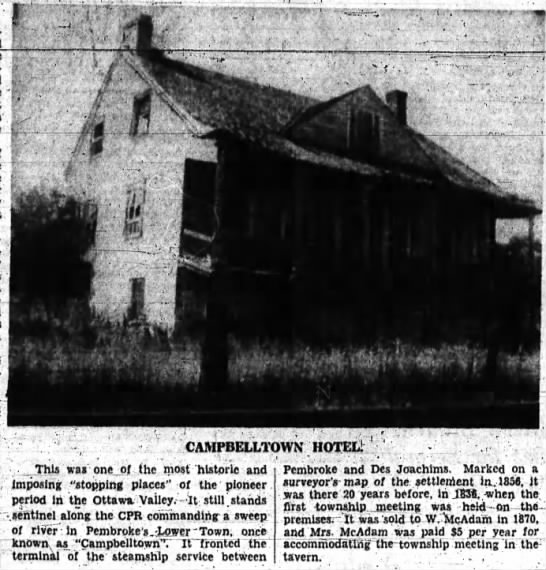 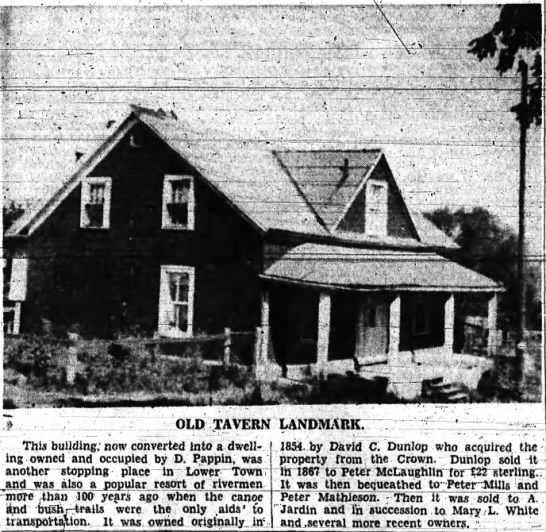 Lanark County is said to have as great a variety of minerals as can be found anywhere in the same area. Galena has been mined at Carleton and near Lanark, Quite an excitement was caused by gold being found in the streets of Lanark, and rubies and amethysts were found in Burgess 1879. Donald Sherwin from  FRIENDS of the TAY WATERSHED  is of the opinion that most known mineral deposits in the Lanark County portion of the Tay Valley Watershed have either been depleted in historic times, or are too small and uneconomic to be considered for future mineral exploitation.

The Perth Courier 1880—-Mr. Boyd Caldwell along with his sons William and Thomas commenced two weeks ago on January 5, 1880 to open up an iron mine on the property in the Township of Lavant, and he has taken out over 200 tons of ore already with four men. The ore has been analysed by Prof. Chapman, and according to his return yields 64 per cent, of metallic iron, and contains none of the deleterious substances, such as phosphoric and Titania acids and sulphur.

It contains about five per cent, of lime, which we understand is of benefit in smelting. The deposit is very extensive, 30 feet in width, and as far as at present known about 300 yards in length the openings having been made nearly the’ whole length (300 yards). Mr. Caldwell intends sending a sample to Pittsburgh, Pa., in the Spring to be smelted. Whither be intends after fully testing it to put up furnaces to smelt the ore. or to ship to the States, as has been done with other ores mined in Eastern Ontario, we know not.

This ore being so free from impurities it might pay to smelt it on the spot, as we believe there is abundance of timber in the neighborhood tor charcoal purposes.

Mr. Caldwell some years ago (when the gold fever broke out in Madoc) told me of the veins of quartz near the village of Lanark, and they contained according to Dr. Girdwood’s analysis, seventeen dollars worth of gold to the ton. Why are these veins not worked, when less than half of seventeen dollars of gold to the ton of reek will, and in many cases is made to pay handsome dividends ?

Travel back in time almost 150 years to relive Ontario’s Highlands very own gold rush! In 1866, local division courthouse clerk, Marcus Powell, stumbled upon a cave twelve feet long, six feet high, and six feet wide on the property of John Richardson, just north of Madoc. What he found inside is best described in his own words: “The gold was found… in the form of leaves and nuggets, and in the roof it ran through a foot thickness like knife blades. The largest nugget was about the size of a butternut.”

This discovery set off a gold rush the likes of which Canada wouldn’t see again until gold was discovered in the Klondike, thirty years later.-Eldorado Experience

Today, you can go for a personal guided tour of the historic Richardson property with owner, Kim Woodside. Visit the discovery site, the remains of the ore processing mill, the streets of the original town of Eldorado, and several other historic points of interest. While you’re there, don’t forget to browse the giftshop your very own piece of ore from the Richardson mine, and try your hand at gold panning!
This wonderful 100 acre healing property is home to the Richardson Gold Mine, the Eldorado Copper Mine, the Eldorado Gold and Silver Reduction Company and the Phoenix Gold Mining Company.–Location: 5 McCann crescent, Eldorado

After working them for about a year, the Boyds leased a portion to the Bethlehem Iron and Manufacturing Company of Bethlehem, Pennsylvania, who carried out the bulk of the mining. The vein was considered to be of the very best magnetic ore. It varied in width from 10 to 30 feet and was assayed by a Professor Chapman at 65 per cent metallic iron. In addition to mines, the Caldwells also operated a steam sawmill, that provided employment to 50 men.

The Wilbur mine operated until 1911. Since almost everyone in town worked for the mine, the community was abandoned after the mine shut down. The post office closed in 1913 and recent floods have obliterated almost all traces of the community. However, if you travel along the old KPR rail bed, you’ll find signs of Wilbur coming back to haunt you. The railway station sign, a building thought to be the rail station and a humorous sign post announcing your arrival in Wilbur still remain.