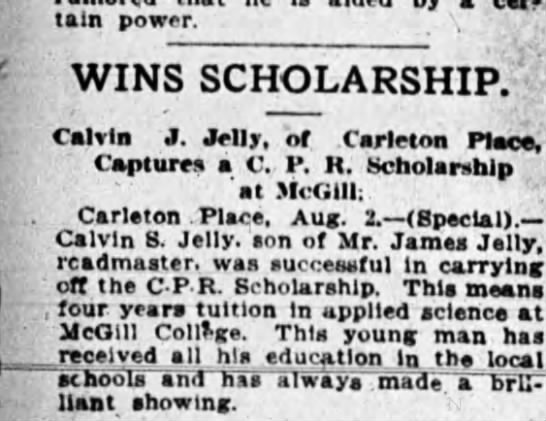 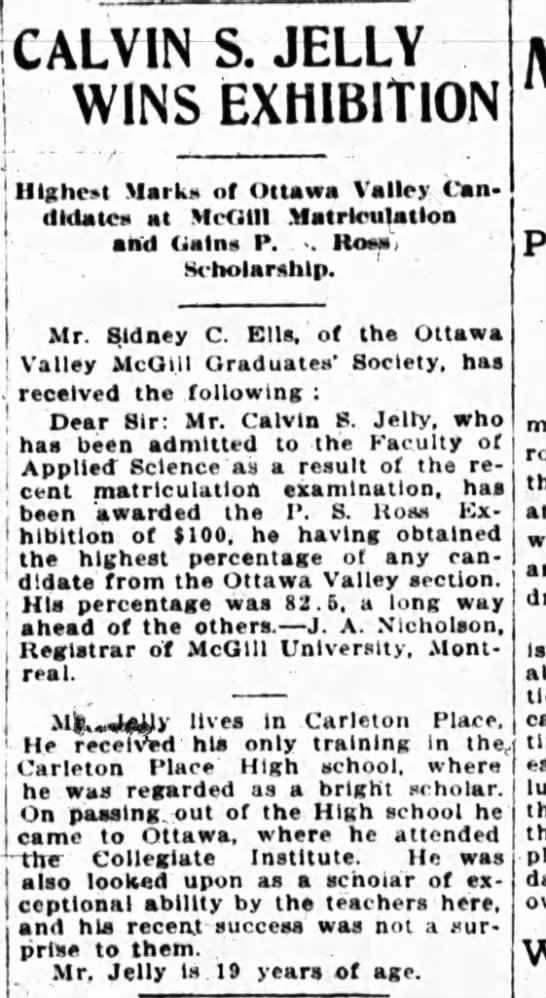 Calvin Sherwood Jelly was born in Algoma, Ontario, (Elliot Lake area) but because his Uncle Richard Jelly lived in Carleton Place the James Jelly family moved to our  ‘junction town’.

Calvin S. Jelly went to Carleton Place High School and became a brilliant student as noted in the Ottawa Journal  clippings above in 1913. Later in 1921, after his stint in the service, he resumed his studies and became a chemical engineer in London, Ontario

Remembering his Carleton Place roots it seems young Marjorie Taber was still on young Calvin Sherwood’s mind. By the looks of the photo above she was a beauty, so how could be not forget her. She was listed on the marriage documents as being 26 and an organist for one of the local churches. Marjorie Taber and Calvin Sherwood Jelly married on Saturday, October 11, 1924 in Carleton Place, Ontario. 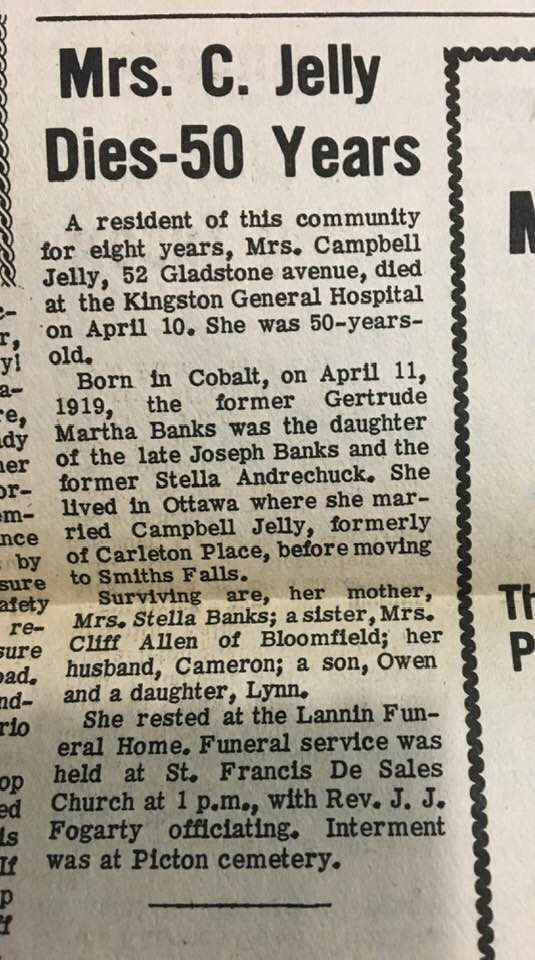 The last mention I saw was that they were guests at a wedding in 1934 and lived in Toronto at that point, and Mrs. Jelly’s father’s funeral in 1961. 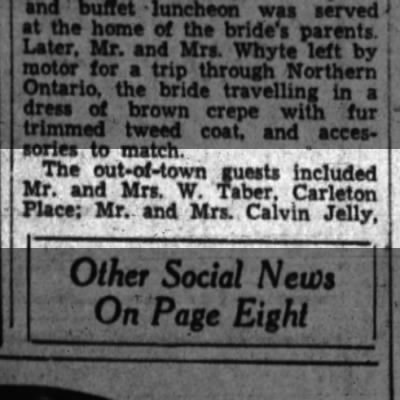 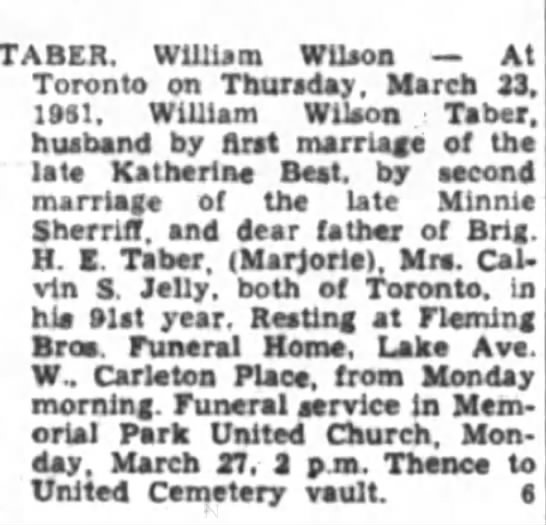 I’ve been told lots of stories about Mr & Mrs Jelly over the years. My great grandfather actually use to own the property (Mr Jelly only owned what the house was sitting on), then he sold it to Mr Jelly for some ridiculously cheap price.

Yep! No relation though from what I recall. My great grandfather is Art Toop. Dorothy did some research on the house many years ago, she might be able to tell him something too. Amanda Armstrong

Kevin Boyce and family now own the house.–

Black and white photograph on grey card backing. It appears to be a school picture from CPHS possibly taken between 1914-15. There are very few boys in the class and one is wearing a military uniform. The photograph was taken by Hammond of Carleton Place.The names listed on the back are:

When I do research every single day if I can’t get rid of the skeletons I might as well make them dance.

Muirhead Gillies and the Boxes Are All Related–Genealogy and Photos 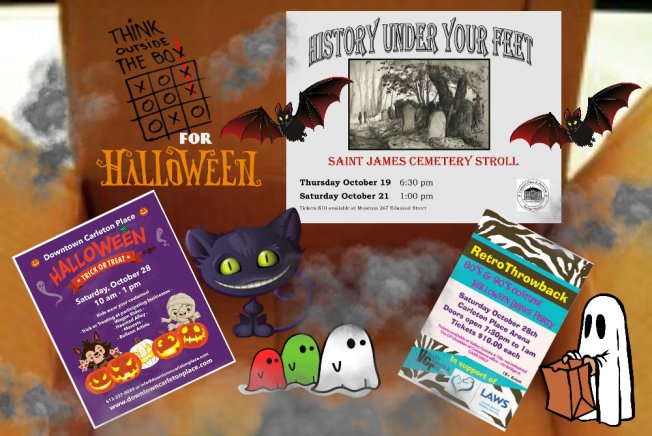