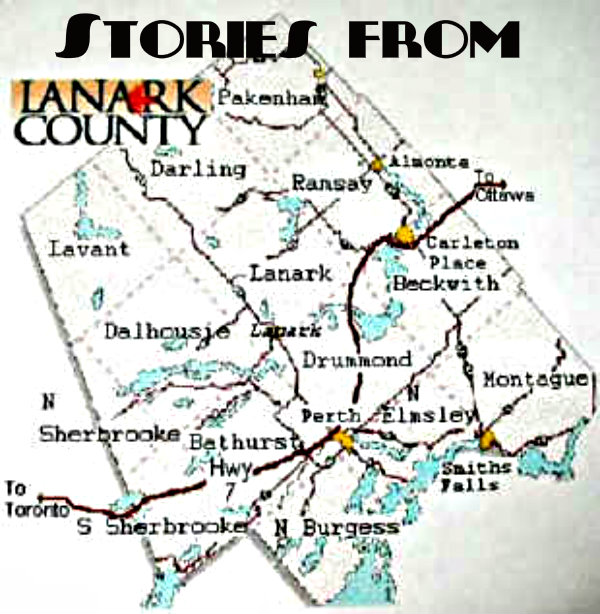 Queen versus George Watt—Larceny—two cases—Prisoner is indicted for stealing a pocket book and ring from his grandmother Mrs. Campbell who was killed in the township of Dalhousie in October last and for which crime he was tried at the last Assizes and acquitted. The bottom line is that the case appeared to be of a circumstantial nature and the jury returned a verdict of not guilty He pled guilty to the larceny and was sentenced to four years imprisonment in the penitentiary.

The Watt Murder Case:  This was an indictment against George Watt, Jr., for the murder of his grandmother Jane Campbell an old woman living at the time of her death with George Watt, Sr., father of the prisoner.

The last time I saw her alive was on the Monday preceding her death; she died on Wednesday, 29th Oct., 1863; saw her on the Thursday after her death; I saw injuries on her head, hands, legs, sides and breast, some of them serious; some appeared to be caused by the heel of a boot; the skin of the neck was ruffled as if drawn over the ground and the hair of the head was matted with grass.

The deceased was 78 years of age but quite hale and hearty; the property on which she lived was her own; she used to come to my place frequently—sometimes stayed overnight but generally returned the same day; told me that she could not stay longer at Watt’s and spoke of selling the place. I knew of unpleasant feelings between the deceased and the prisoner; prisoner said to the deceased 8 or 10 days before her death that he “would kick her damned guts out”.

The deceased had a gold ring and little pocket book which she generally carried in her bosom; the father of the prisoner on finding the body suggested that she had been killed by a ram; do not know where the prisoner was on Thursday or Friday after her death—was not at home.

Other witnesses were called—After the verdict was rendered, the learned Judge inquired whether there was anything further against the prisoner, and on request of the Crown Counsel, detained him in custody to answer to the charge of stealing the pocket book and ring referred to in the evidence.  The bottom line is that the case appeared to be of a circumstantial nature and the jury returned a verdict of not guilty.  He pled guilty to the larceny and was sentenced to four years imprisonment in the penitentiary.

Pulished in the LCGS Newsletter, March through October, 1999.

The Media Then and Now–Johnny Gillies Had a Gun

The Man Who Would Be The Revenant

Murders and Mysteries of the Mississippi Hotel