In 1968 Mrs. Florence Bowes began working for the Lanark Public Library as an assistant to Mrs. Wallace Machon. Mrs. Bowes was born in Middleville and moved to Lanark following her marriage to Art Bowes. They originally lived on George Street in Lanark Village and then later moved to the Perth Road.

Florence got her training from Mrs. Machon and she eventually got her experience through the general growth of the library. The library was once situated in one room in the Town Hall,  and had a great selection of books, but there was no room for anyone to sit. There was an old wood stove in the centre of the room and a table and a few chairs, which meant 10 people became a crowd in the room.

Lanark Town hall After the fire–June 16/59; day after the fire-photos below were taken by Ileen Sheard and submitted by Candas Price.

Then came the tragic fire and everything was lost except a few books which had been taken out the night before. The teachers at the then Princess Street School offered their staff room and they began to set up a temporary library. The community also helped donating their books as well as other local libraries who offered them what they could.

During the Centennial in 1962 the new Town Hall and the Lanark Library opened 3-4 nights a week. But, television was brand new during that time and library traffic slowed down until the novelty wore off. Soon an addition was added and the Public Schools began using the Library once a week until they got their own library. 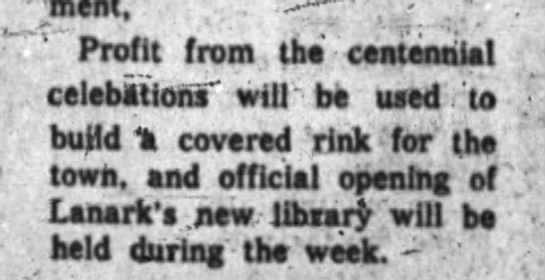 When Mrs. Machon resigned Florence was chosen to be the Head Librarian and her daughter Lynda came in to help her with the typing and the paper work. But then the filing system changed and they needed help and Gloria Affleck came to the rescue. It took over two years to change that filing system which was mostly  done on their own time.

Florence said the workload increased and folks just did not realize what it took to process one book so she and Gloria took work home. In 1978 Florence Bowes retired from the Library and today the the Lanark Highlands Public Library is a team of dedicated staff and volunteers committed to enriching the community by providing access to the world’s ideas, information and changing technology that sits on George Street in the heart of Lanark Village. 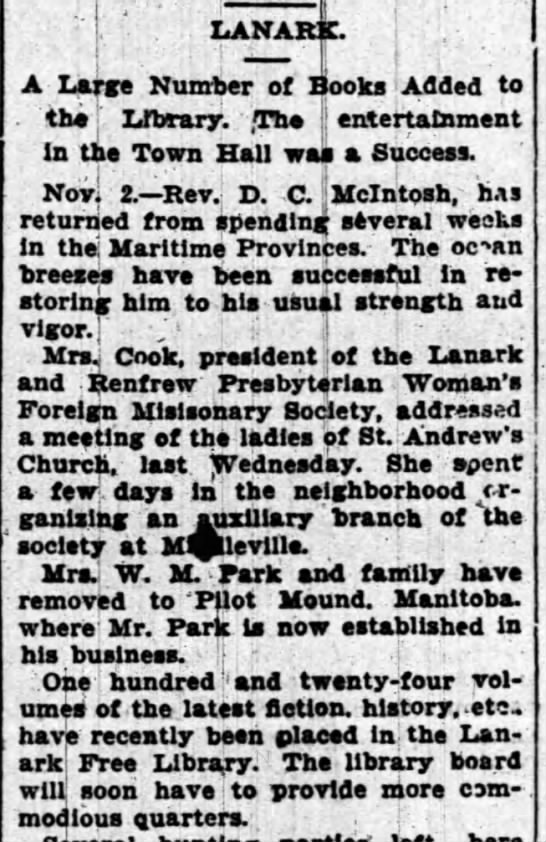 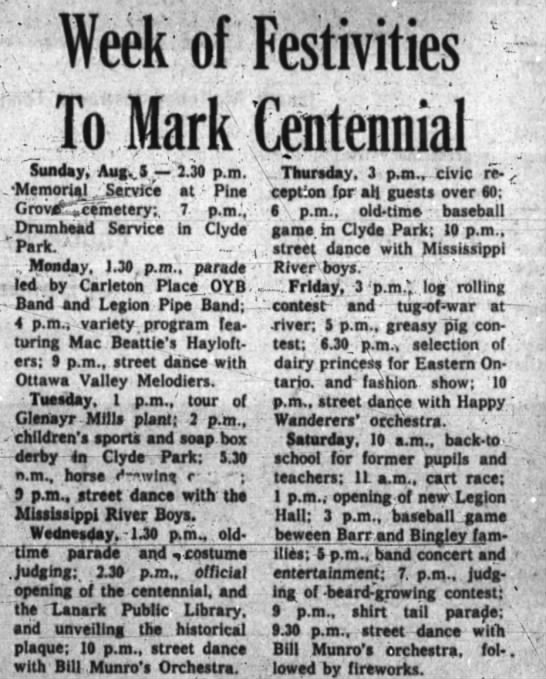