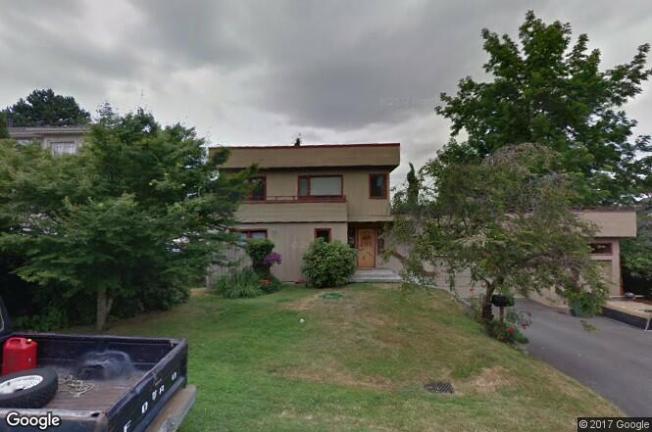 My grandparents once lived on Mercer Island just off the I-90 Seattle floating bridge in the house pictured above. In September of 1963 my Mother died and in the summer of 1964 my Dad sent my sister and I on a 5 day train ride to Vancouver where my Grandparents picked us up.
It was a surreal summer for a 12 year-old going on 13 and my sister who was just 7. I can’t even imagine two kids of that age being sent off by themselves across the country now,  but my Grandpa Crittenden decided my Father needed some quiet time.
1964 was a summer of rebellion for me.
My grandparents hoped that their best friend’s teen daughter, Sarah who lived in Eastgate, would keep me out of trouble. When we started plotting a trip to Vancouver, Canada for a Beatles concert, they knew what a mistake it was to mix us together. The Beatles were set to perform August 12th at the Seattle Centre Coliseum and we had not been able to get any tickets. The 14,300 five dollar tickets were sold out in no time and some were even scalped for $30 later on. Instead of tickets, my step- grandmother came home with a Paul McCartney “Beatle Bobbin’ Head” doll. It did not take her long to find out that the little rubber doll was not going to cut it with me. An immediate call to Sarah was placed, and we began plotting our next move.

If my grandmother thought that Sarah was the perfect teenager she was greatly mistaken. In whispers, Sarah suggested we get her brother to haul her parent’s boat out on Lake Washington to the harbor. It was nothing short of a dangerous attempt to get near The Edgewater Inn, where the Beatles were staying. If I was scared to walk 200 feet across the floating bridge, there was little hope I was getting into a boat on Lake Washington.

That  I-90 floating bridge just mesmerized me. Once a week I would attempt to go just a little farther on it with the waves sometimes slipping over the edge and the gentle swaying under my feet. I have been petrified of deep open water all my life. The fear began one hot summer day when I was 6. My mother Bernice Ethylene Crittenden Knight warned me over and over not to stare at the water as she prophesied that I would fall in. While everyone was enjoying their picnic lunch I immediately returned to the edge of that dock to test her theory. Like a flying duck making a fell swoop into the water I fell in head first. That was the day I nearly drowned and water and “boating” became a fearful enemy.

That summer in Washington state, it wasn’t only all about The Beatles and German Chocolate Cake. I also ran away to San Francisco for a week and lived in Buena Vista Park. Sarah and I also managed to see the Beatles in Vancouver, and I touched Paul McCartney’s hair at the Edgewater Inn in Seattle. But could I cross that bridge?  No, because I was always afraid that bridge would sink with me on it. Word was the bridge had to float on pontoons because the silt at the bottom would not hold anything. So that meant if I went all the way down, I was still going to go down even farther into the abyss and never rise to the top. 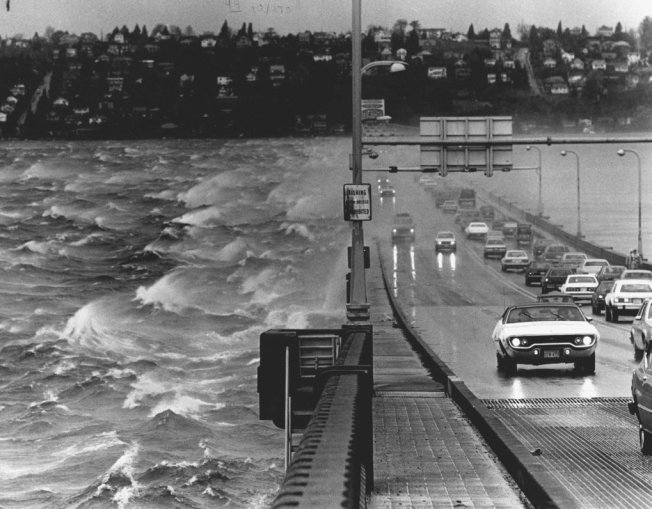 Was I without merit in my thoughts? No, in 1990 after a half-century of commutes, Lake Washington’s original floating bridge sank. Fierce winds and strong rain during that Thanksgiving weekend broke the bridge apart, and sections tumbled into the water.  It finally broke up and sank into the mud on the bottom of Lake Washington.

I never did go back to Seattle. Frankly I don’t think my Grandparents cared if I did, as my step- Grandmother said she had never seen the likes of someone like me. But she never understood that life is always like crossing bridges. It’s always which bridge to cross or which bridge to burn. Frankly, I’ve always waited until I came to the edge of the bridge and then tried to conquer the fear of the unknown. Some bridges I cross, some I don’t– because there will always be some troubled water under some of those bridges  and trouble has always been my middle name.