I saw these things on Ebay and they are going for a pretty penny.. Nice to see that Lanark County items are at prime… 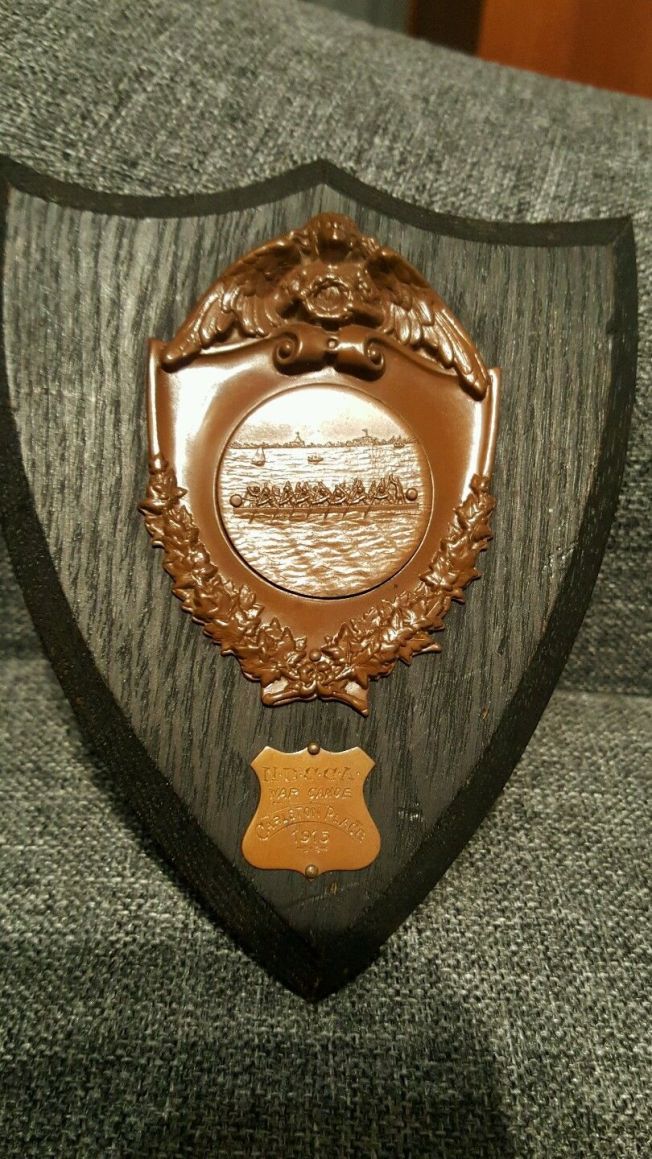 If you have a skillet you had better keep it at the price they want for it! 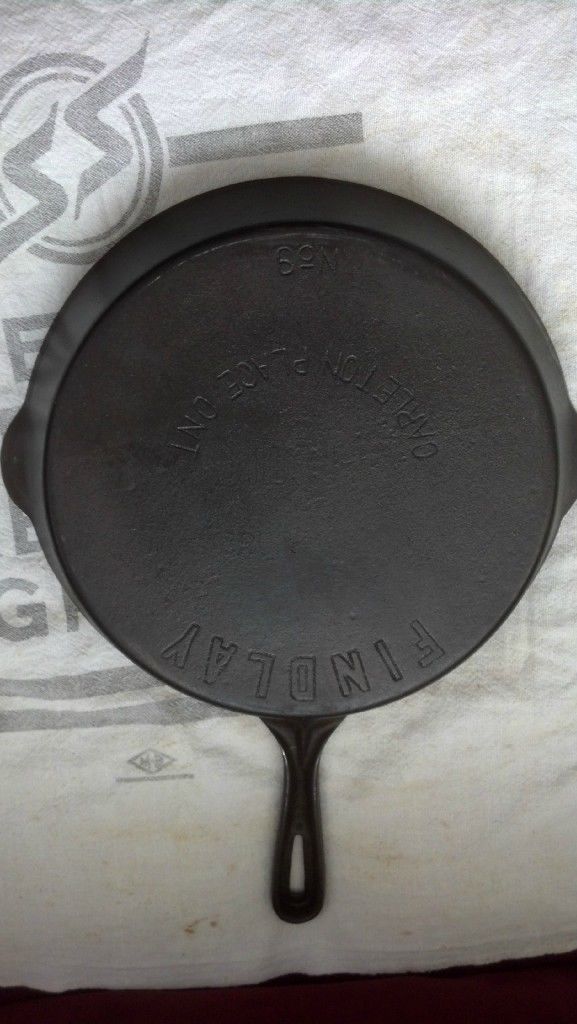 I am not selling any of these items.. these are just items I found for sale about Carleton Place

eBay got out out of the magical Dear Abby business and effective August 30th 2012. The following items will not be allowed to be sold on eBay.

Now isn’t that a fine calderon of wolfbane!
All of this sounds like a class action suit to me and they may have shot themselves in the foot. In the late 1980’s the Supreme Court declared Wicca an official religion, right along with all the other mainstream religions. Someone may well sue them for religious discrimination, or put a hex on them if they are not careful. What about perpetual motion machines and magic carpets? God only knows the black market price for polyjuice potion is gonna skyrocket now. However in a change of heart; Ebay will still permit the sale of miracles.

eBay was once in the soul business, and in late July a free-lance writer Lori N tried to sell her soul on the internet auction site. How much is a soul worth? The starting bid was $2000 but eBay quickly kabashed the auction, as according to their selling rules they also do not allow the following:

We don’t allow humans, the human body, or any human body parts or products to be listed on eBay, with two exceptions. Sellers can list items containing human scalp hair, and skulls and skeletons intended for medical use.
Lori had been in a car accident in 2007, and after a three-week coma she woke up suffering from a stroke, broken hip, broken pelvis, leg, collarbone, sternum, ribs, and a collapsed lung. One has to ask if a soul is a human body part and what’s the fresh pack date on it anyways? Not to make light of a bad situation Lori N might have done better had she rented one of her “soles” to the foot fetish crowd.

What I find unusual is eBay did not ban their haunted dolls which I find simply ridiculous. Here are a few that have sold recently:

POSSIBLY HAUNTED, BUT SWEET CHINA DOLL IN NEED OF A GOOD, LOVING HOME!

I would like to introduce you to one of the sweetest little china dolls I have. I found her in a box lot at an auction underneath a few other dolls that were porcelain. I thought she was pretty, and reminded me of the old Victorian dolls. When I picked her up I got such an overwhelming feeling of fear, sadness, alone, and longing. As I sat with her for a moment, I realized that she is so lonely and wants to belong to a family that is happy and loving. I have no idea of maker or how old she might be! She is 14″. She has no name, and the only identifying mark is a tag on her back that says “Reproduction Mary P. Mitchell Knoxville, TN”. But I don’t know if it is a reproduction made in the early 1900s? Or what time period. Her head and shoulders, wrist and hands, and ankles and feet are all china while the rest of her is soft. She is dressed in a beautiful black satin (?) dress of with a lace collar that has become unattached. She does not have a stand. Her hair is gray, which I have never seen on a china doll before, and seems to highlight her rosy cheeks and lips against her white skin. Her eyes are just the most beautiful blue! There are chips on her hair and on her toes. I have tried to show those in the pictures. Her dress shows signs of wear and tear but can be fixed. Overall, she is in GOOD condition and is such a sweet doll in need of a good home.

Darla was first conjured and bound to a lifelike figure over 36 years ago by the request of A very
blood wealthy young woman; who so strongly Desired to possess the powerful attributes of the Vampire Characteristic, and was willing to pay any price to obtain it.
Once bound together, this very sultry young woman began to transform in physical appearance very fast. Though she was already very good looking, her features became beyond reality,her dark brown hair took on a more naturally alluring and healthy flow, that couldn’t seem to be flawed even if she tried.

Her teeth quickly sharpened, and strengthened as her need to eat mortal food for nourishment diminished, and her skin became like that of the porcelain doll that was always seen at her side:
Perfection.

I grew up in a very haunted house in Maine. Clocks malfunctioned, bells rang, nightmares, my sibling was pushed down the stairs by… something- and thats just the beginning. My parents sold it because things started to become physical with the some of the female children. We moved to a semi historical home and things settled down – briefly. We later learned several people had died in this house, yet, we did not encounter the same fear or evil as we did from the first house.

As an adult I have spent much time trying to make sense of my childhood home. I have traveled to many haunted places and collected hundreds of haunted items. This has been my hobby for at least a decade. However, it has to stop. Something is in my house and it is scaring my kids to death. My daughter doesnt want to sleep here and I feel guilty. I have decided to sell my collection for the sake of my daughter .My first round of sales will be items from the first house I lived in, as well as some items I got at the Old Sisters Hospital. I will give detailed descriptions as possible on the history of the item or where it came from.

This is a particularly interesting doll. On one of my excursions, we headed to a well known haunted area of the Maine coast called Wiscasset. Naturally when I saw a lawn sale at a run down house directly next door an old run down cemetary I had to stop. The toys were being ‘sold’ by the girl in the family who was maybe 7. She had all her items displayed on a blanket and was sitting with them. I thought it was strange that she had a doll in a box it didnt go in so I decided to ask this girl about it! I asked how much she wanted for the doll, and asked her if that was her original box, knowing it wasnt.

She looked at me point blank and said: No I put her in the box to keep her still at night. I said- well did it work? She said- not until I put the tape on it. I have left this this taped up and have never opened the box. I didnt dust it.I could tell this girl was dealing with something supernatural in her life. She felt that whatever entity was in this doll had been contained to the box. There is immediately something scarey or strange about this doll in the box. The box is made of tin & plastic.

Double, double, toil and trouble; no more Love Potion Number 9’s but we can still buy these silly dolls. I wonder if the sales of “Jesus or Mary on a grilled cheese sandwich” will now have restrictions? Cheesus Christ!

Well at least each eBay sale is protected through PayPal;  but I can’t tell you how many times I’ve been scammed by a Craigslist soul. Sadly these people that once bought these new prohibited items are now going to have to settle for an out-of-eBay experience. 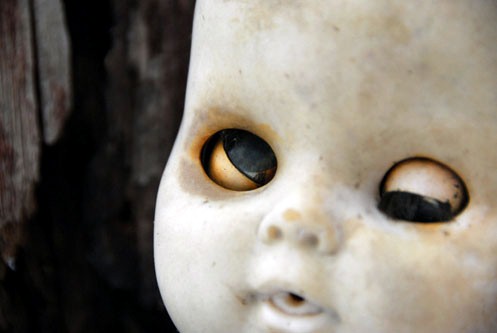 “Last year I wrote a story about eBay banning anything to do with love potions, magic spells and curses. After acquiring what I was told was a a haunted doll yesterday I have decided to go all XFiles on Ebay and personally find out if my doll will sell. To catch you up to speed I will refresh your memory about what is sold on the internet giant these days in the way of dolls that are haunted. But dolls…yikes, they’re almost as bad as clowns these days.”

“John began working at McDonald’s as a “fry boy” and Big Mac’edhis way up the corporate ladder until the day he died. In the latter years of his employment he used to come in early and get his small senior-priced coffee for 58 cents instead of the usual dollar and wonder why things had changed so much over the years.”