Kenneth John Cameron beloved husband of Linda Marilyn Smith died sudden­ly at home on October 4th 1975. Ken, the eldest son of Mr. and Mrs. Donald Cam­eron, Balderson, Ont., was born on August 8th, 1936 He attended public school in McDonald’s Corners and high school in Lanark. After leaving school, Ken farmed with his father at Balderson. He is survived by his parents, Mr. and Mrs. Donald Cameron, Balderson, two brothers, Doug of Balderson and Brian of Napanee, and his sister Donna (Mrs. Edward Moon), of Crosby. Ken and Linda were married in St. Paul’s United Church, Perth, on July 13 1963. They happily resided a Balderson for five years and then bought their home a 99 Dufferin Road when they resided for the next seven years. They were blessed with two children, Philip and Kelly Ann. Ken was a foreman at the Heritage Silversmiths. He was also building inspector and bylaw enforcement officer for Drummond Township. He was active in the Balderson United Church and participated with the cubs of St. Paul’s United Church. The funeral service was held from Morrow’s Funeral Home on Tuesday, Oct 7 at 2 p.m. Rev. Murray Jos? and Dr. John Stewart conducted a comforting service The pallbearers were Roger Howes of Amherstvies Al Faux, John Robertson Monty Riopelle, Paul Ber?rim and R. W. Blair, all Perth. Ken was such a devoted family man, conscientious employee and dependable friend and neighbors that he will be truly missed. The many floral tributes, donations to the Heart Fund and kindnesses shown to Ken’s family shows the high esteem in which he was held.

In hospital, Kingston on Wednesday, February 25, 1998, T. Donald Cameron, in his 87th year. Beloved husband of Anna McDougall. Loved father of Donna (Ed) Moon of Toledo and Brian (Judy) of Napanee. Predeceased by sons Douglas and Kenneth. Brother of Margaret Lowe of Carleton Place. Predeceased by sisters Catherine Duncan and Agnes McFarlane and brother Keith. Also survived by 9 grandchildren and daughter-in-law Linda Armstrong of Perth. Friends may call at the Blair & Son Funeral Home, Perth, from 2 to 5 and 7 to 9 p.m. Friday. Funeral service will be conducted in the chapel on Saturday, February 28th, at 11 a.m. Interment Elmwood Cemetery. In remembrance, donations to the Great War Memorial Hospital Fund or Balderson United Church would be appreciated.

In Loving Memory of

Peacefully in hospital, Ottawa, on Wednesday, October 8th, 1997 Douglas Donald Cameron, loved father of Prudence Cameron of Peterborough and Timothy Donald Cameron of Ottawa. Beloved son of Donald and Anna Cameron of Balderson. Dear brother of Donna (Ed) Moon of Toledo, Brian Cameron of Napanee and was predeceased by brother Kenneth Cameron. Douglas will be sadly missed by nieces nephews and friends. Friends may call at the Blair & Son Funeral Home, Perth. Friday, October 10th from 2 to 5 and 7 to 9 p.m. Funeral service will be conducted in Balderson United Church, Balderson, and Saturday at 11 a.m. Interment Highland Line Cemetery. In remembrance, contributions to the I.C.U. of the Ottawa General Hospital or the Highland Line Cemetery Memorial Fund would be appreciated

Linda
Aunt Margaret had this in a frame   but she had the names in behind
it..that she knew- Donna Mcfarlane
Come and visit the Lanark County Genealogical Society Facebook page– what’s there? Cool old photos–and lots of things interesting to read. Also check out The Tales of Carleton Place and The Tales of Almonte
Information where you can buy all Linda Seccaspina’s books-You can also read Linda in The Townships Sun  Screamin’ Mamas (USA)  and The Sherbrooke Record

An Article About the Lanark Schools — Mr. Joseph Tennant 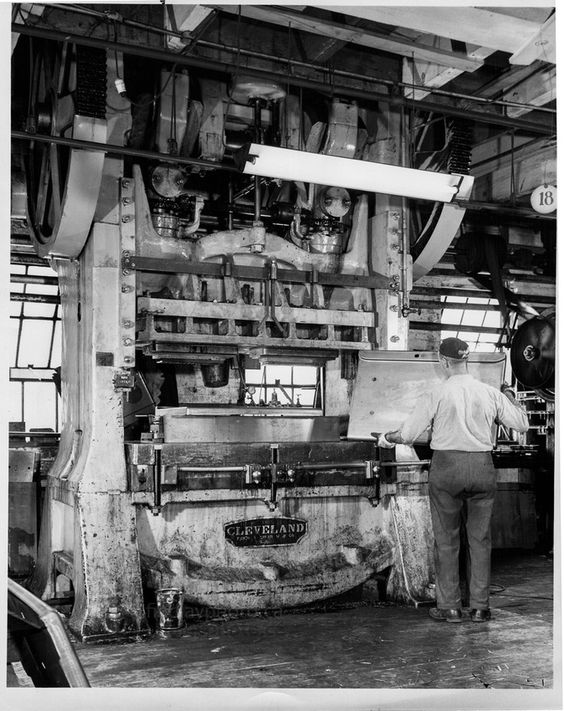 Lot 12 conc 9 Beckwith— House destroyed by fire Sept 17 1954. Picture was taken Xmas 1946–mom and dads first xmas there after moving from Lake Avenue in Carleton Place
Originally settled by Thomas Leech/Leach and deeded from crown in 1824 after settlement duties performed.

Donna was born when they lived on Lake avenue Jan 6 1945 and they moved Sept 1946 to the farm. Her Mom hated to leave the house in town and move to country with no hydro and no water inside.

The porch was on the lane side of the house and ran fun length of stone house then another porch alongside the summer kitchen and separator room ending at woodshed. The stones at right under porch of stone house then the frame summer kitchen then the woodshed.. behind the house and a wee bit back you will see the drive shed.. in the far rear is the barns. 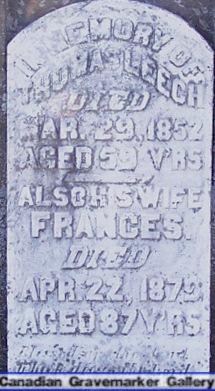 Leach (also spelled Leech) ancestors emigrated from Wexford, Ireland arriving in Canada and settling in Beckwith Township in 1820. I know of a Thomas Leach and William Leach who came over on the passenger ship “Maria”. I believe they were the sons of William Leach (b. 1750) and Anne Edwards (b. 1752). Several members of Leach families came to Lanark County between 1819 and 1822. I believe Thomas Leach was born about 1793 and married France Cooke sometime before emigrating.

The Leech/Leach family, from Wexford to Beckwith click here