Last week I found a clipping from a 1951 Almonte Gazette which I posted on Tales of Almonte on facebook. David Tosh added a photo and people put memories and that’s when you know everyone has a story to tell and it has to be documented. Thanks David Tosh, I appreciate it. Everyone needs to be remembered.

Christmas came twice this year for Russell Dodds in Almonte. The gift, which

according to Mr. Dodds, almost left him speechless was a 17-inch screen, Stewart-Warner Television set and it came on August 18.

Bob.Rivington, agent for Stewart Warner, arrived with the set on that day explaining that it was the gift of Gordon Hill, Geo. Gomme and Albert Gale, and that he would contribute the aerial and set it up.

Mr. Dodds is a triple amputee from World War II who came to live in Almonte at the close of the war with his wife, the former Pearl Bond. They have one daughter, Janice, who is six years old. Mr. Dodds’ home was at Tisdale, Sask., where his mother still lives.

His friends who derive considerable pleasure from viewing television, thought it would be a great pastime for him especially in winter.

David Tosh–Here’s a photo of Russell, Pearl, & Janice Dodds. Pearl’s maiden name would be Bond and she would be a sister to my grandmother, Mary Christina “Chrissie” (Bond) Tosh. Sadly, both Russell & Pearl died within weeks of each other in late 1960 when they were both in their early 50’s. Janice went to live with her aunt & uncle, Catherine “Kay” (Bond) & Harvey Goodfellow. Kay would be Pearl’s sister. David Tosh

Margaret McNeelyYes my Aunt Pearl and Uncle Russell were wonderful people. I spent a lot of time at their house and I use to babysit their daughter Janice

Myrtle I. McNeelyI knew this family who attended our church in Almonte. I was a friend of Janice.

Allan StanleyPearl Dodds was my great aunt and remember she would babysit me at their other house they lived in on Elgin street. My great uncle Russell her husband, had his bed on the main floor, as of course, stairs would be a problem as a result of his war injuries.

Who Was Winnard Tosh of Almonte?

Thanks to David Tosh for all the photos..

Who Was Winnard Tosh of Almonte?

My aunt, Caroline Catherine (Wacowich) Tosh was born 100 years ago today (July 8th) in Alberta.  She married my uncle, Mervin Clark Tosh, at the Almonte Presbyterian Church in 1953 and spent the rest of her life living in Almonte.  She also worked at the Almonte General Hospital for many years.  She passed away in March of 2000 and is buried at the Auld Kirk Cemetery.

Here are some old photos of my grandparent’s farm including the one that I already posted.  Two others are newspaper clippings from when the house was for sale.  The last one is an auction sale that was done when my grandmother decided to move out of the house.

Stuart McIntosh Cream cans by the gate. Wood smoke from the brick chimney.

Stephen Brathwaite Where was that?

David Tosh The end of Union at Carss

David Tosh It was still there when I took a photo of it last August. 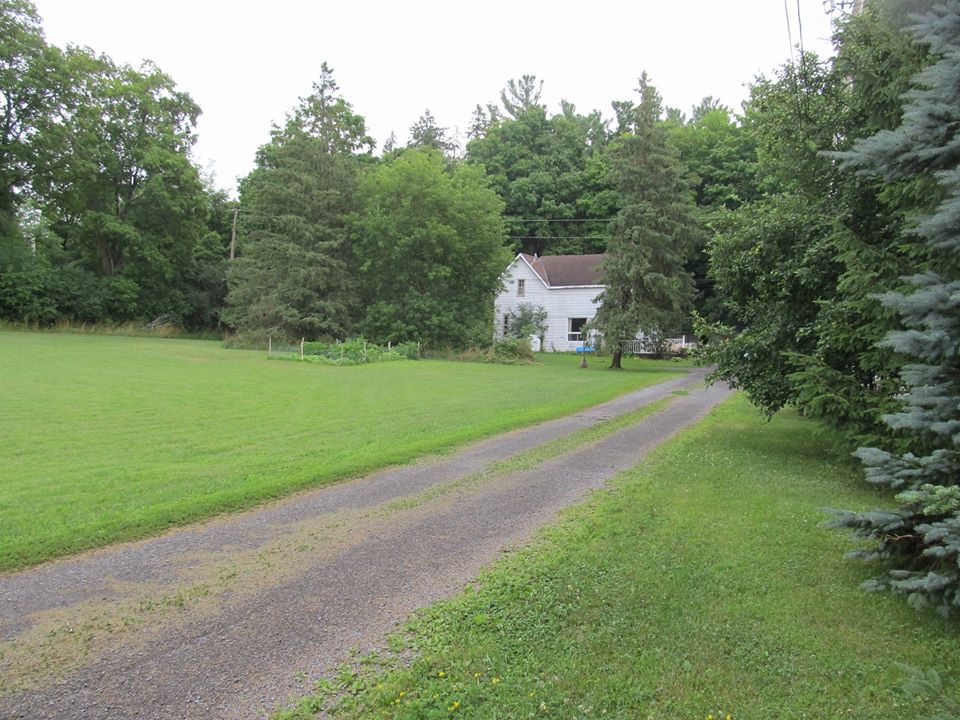 David Tosh Just the house. All the barns were torn down in the early 1980s.

Steven Currie Love them old places u grew up with, I own the old farm my dad’s family grew up in outside Clayton

Steven Currie Is it still in the family?

David Tosh I don’t think so

Margaret McNeely Aunt Chrissie Tosh…..her specialty was donut holes….she use to sell them to a lot of people. 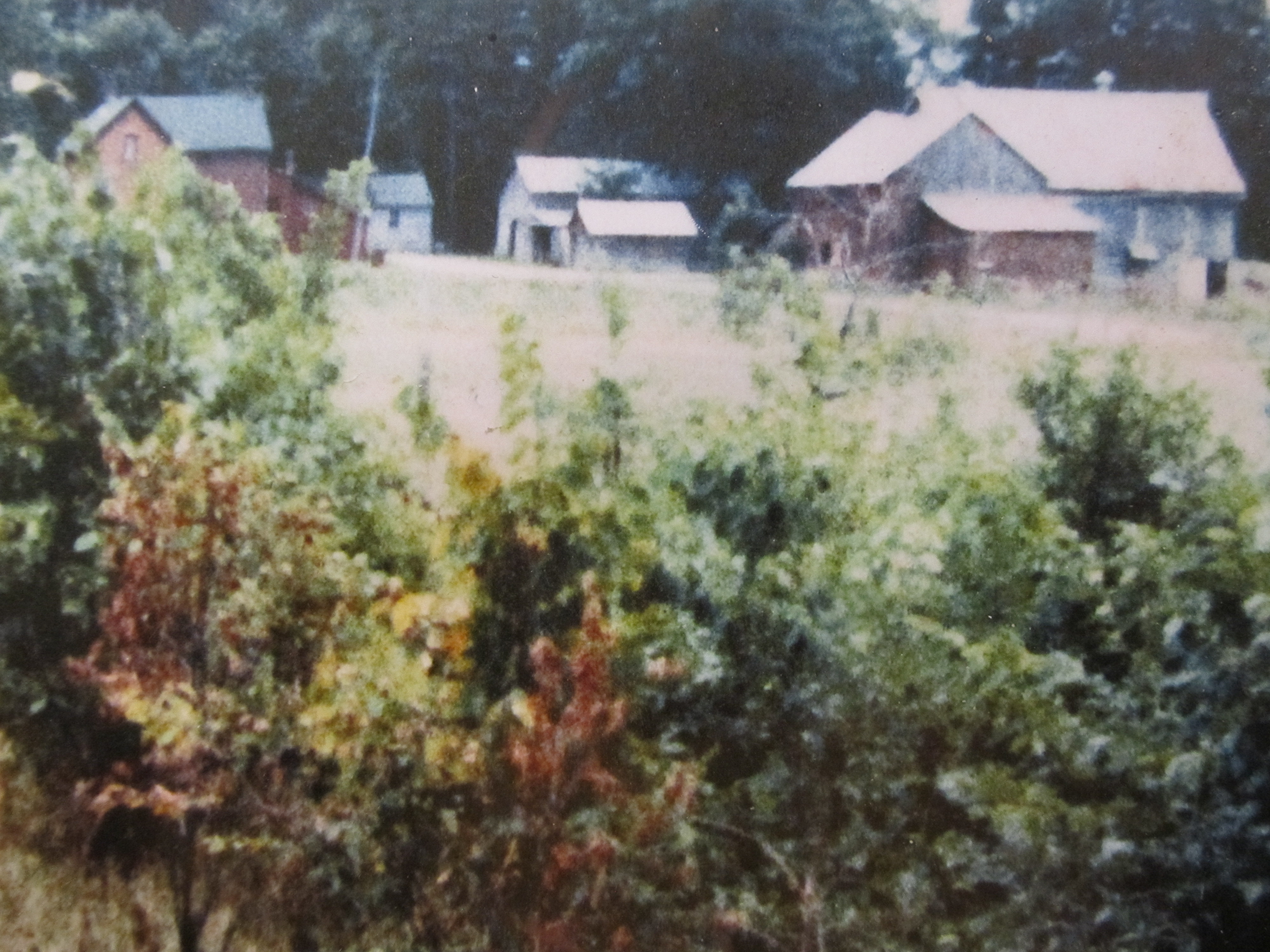 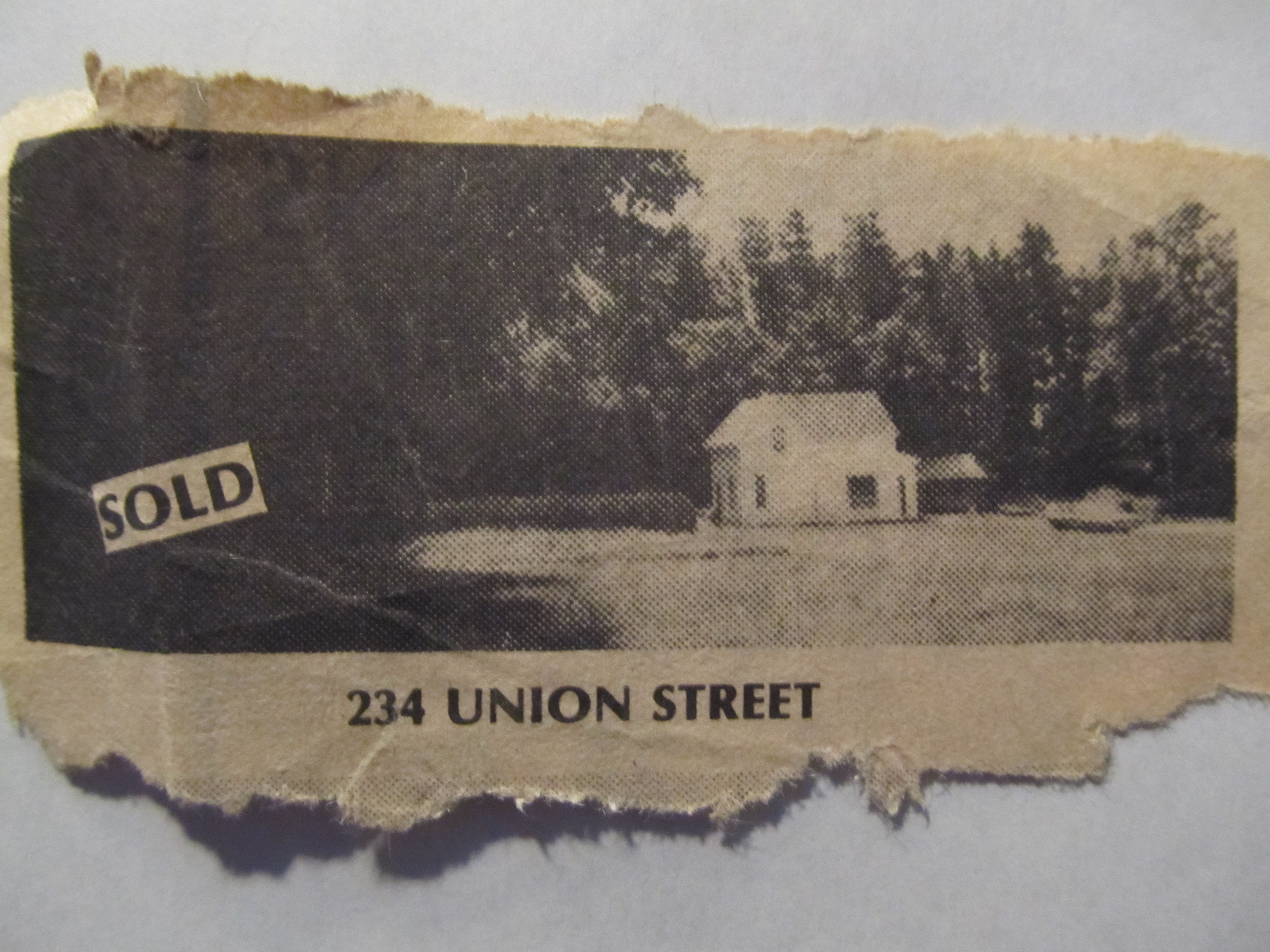 There were three bridges going onto the Island, one called Stone Bridge, one called Back Bridge and the other one called Front Bridge. After you cross the Back Bridge as if you were going into the Rosamond Estate they had a huge set of stairs that took you up to Union Street. We used them many times for a short cut to my Uncle Alec and Aunt Chrissie Tosh’s farm at the end of Union Street and I’m sure many of the mill workers used them when going home after work. I have read in the local paper that they are restoring the steps for the new Coleman Island Trail.

A few of our swimming spots were underneath the old blacksmith shop at Gary Houston’s house, at Rock Bottom on the Tosh farm and also at Brown’s Dairy located in part of the town they called New England.

David Tosh
Here are some more members of the Tosh Family.

I think this photo was taken in Almonte but I don’t know for sure.  My Uncle Mervin lived in Almonte for most of his life so perhaps it was.  Thankfully, someone wrote the names of the people on the back of the photo.  Left to right they are Helen Cochran, H Edmunds, Mervin Tosh, Lyle McLaren, Mary Mitchell.  Thank you.