Yesterday I read that when one had appendicitis in years gone by– it was simply called “Inflammation of the Bowels”– I found that mindboggling until I found a list of other names. Feast your eyes on this–like Puking Fever was for someone with a milk disorder? Which today would be called being Lactose Intolerant.. 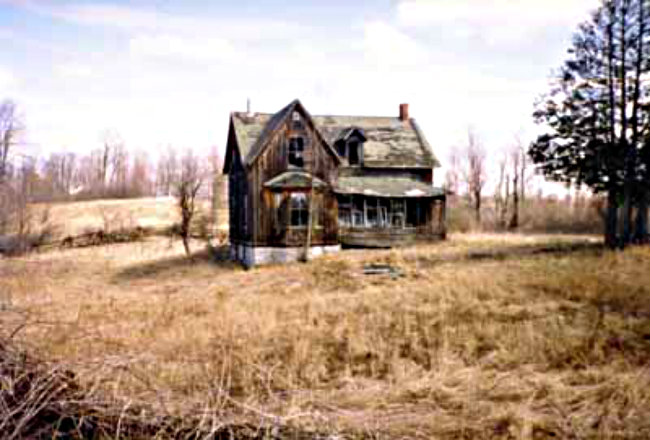 This old house is located at Clydeville, on lot 9, concession 3 of Lanark Township and was at one time the home of a Doctor from Lanark Village.

Property pictured on Con. 3 lot 9 belonged to Dr. Holmes of Lanark. At one time the Manson family of Middleville rented this property. In the past two years it has been restored/renovated and is once again beautiful– Kevin Bingley

Change of Base Among the M.D.s — Dr. Ferguson, of Lanark, has removed to Carleton Place to practice, and Dr. Joseph Campbell of Bristol, has moved to Lanark to supply his place, which no doubt he will do with efficiency.

Illness of Dr. Ferguson—We regret to learn that Dr. Ferguson, of Carleton Place, is confined to his late residence in Lanark Village by a severe attack of typhoid fever.  We trust that he may speedily become convalescent.