In 1982 for a two dollar bill and change, the townspeople of Smiths Falls could take a ride in a Checker Cab and make believe they were in the Big Apple. Ted Bain, the late owner of B & B Taxi, realized a lifetime ambition when he purchased his green and white Checker Special.

He had been  negotiating with a dealer for two years to get hold of a second-hand Checker.  Although the car was a 1979 model, it looked like it came straight out of a ’50s movie. That’s because the last time the company changed the model design was 1956.

Out of of his fleet of 13 cars, the Checker was most in demand. That $2.25 unmetered Checker ride in 1982 was going to cost more if the two cab companies met Smiths Falls council regarding a fare hike.  The council favoured installing meters in town taxis but Bain didn’t think that was the best approach.

Built by Checker Motors Corporation in Kalamazoo, Mich., the car had a six-cylinder Chevrolet engine and General Motors powertrain. Extra-wide doors allowed enough space between the front and back seats to hold a wheelchair and the car itself was extra heavy. Bain pointed out it was the same model viewers saw weekly in the popular television series Taxi.

All parts, including fenders and rocker panels, were replaceable, Bain noted. As a mechanic and body man by trade, he did all his own work. He said a front fender costs him $80 in U.S. funds and, as the frame itself  was of heavy construction, he hoped by rebuilding to get an extra 10 years out of the car.

Despite his lifetime love affair with Checker cabs, Bain was not aware that Danny Arnstein, owner of the Yellow Taxi Cab Company in New York and Chicago, spent 30 years as a summer resident in the area until his death in 1960. His unusual $100,000 cottage on Livingston Island ( Now Colonel By Island) in Big Rideau Lake still stands and can be seen by boating visitors to the overnight docking area, owned by Parks Canada.

This is the largest island in a set of islands collectively known as “Long Island”. It was formerly known as “Livingston Island” and may still be marked that way on older charts. The flat roofed building on the Island was called “Wag’s Lodge,” built by Danny Arnstein (co-owner of Yellow Cab in New York and Chicago) in 1949-50. The cottage features two massive “peanut rock” fireplaces and “driftwood plywood” walls. Of note the building has deteriorated and Parks Canada has restricted access in and around the building.

Movie stars Allan Ladd, Jane Powell and singer Paul Anka were a few of the celebrities Arnstein entertained there. And employees of his cab company were brought up to spend their vacations on the Rideau. Bain hoped to have 14 of the famous fleet of Checker cabs on call but didn’t know how his wife would take it. “She says I fell in love with Checker and chucked her aside,” he laughed.

In memory of Ted Bain

See pictures of abandoned interior here.. CLICK
The present building on the island was built in 1949-50 for Danny Arnstein, the owner of the Yellow Cab Company of Chicago and New Your City. The architect of the building was Horace Roberts of Westport.

The island was originally known as the “Isle of Guernsey”

In the 1940s, the Long Island Club was formed with at least three families involved, including Danny Arnstein (Yellow Cab Company). The front of the building contained four large bedrooms with baths, a very large living room and dining area and a game and sun room. All these rooms were fitted with call buttons to the kitchen. Behind the kitchen was a small sitting area for the servants, their two small bedrooms and shared bathroom. Mr. Arnstein visited the island every summer until his death in 1960 and always brought his cook and maid from New York City. The large central section of the cottage had 14 foot ceilings to match the Arnstein apartment in New York City. It boasted two 18th century chandeliers designed to hold 36 candles each. The stone in the four fireplaces was locally quarried limestone.

After Mr. Arnstein’s death in 1960, the island was acquired by Gerry Livingston of Smiths Falls and the island became known as “Livingston Island”. It was sold to Parks Canada in 1979 who renamed the island “Colonel By Island”. 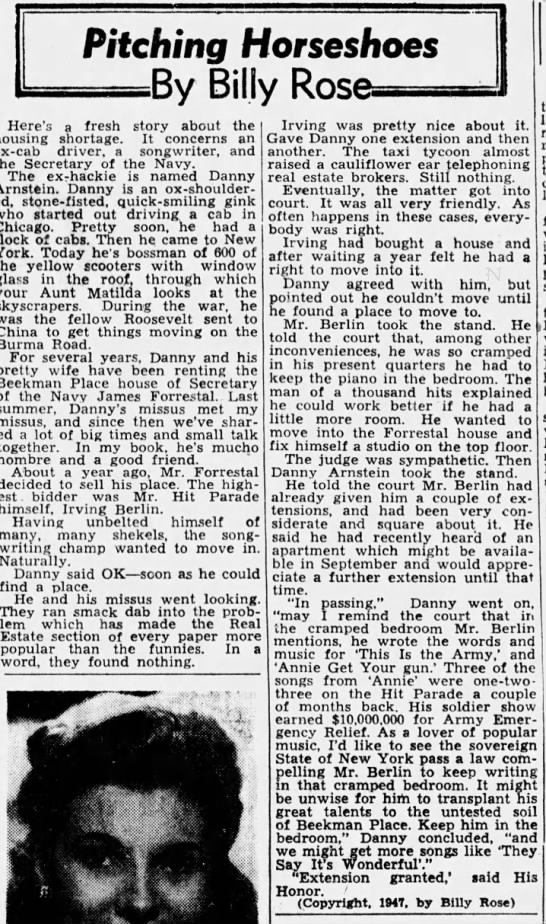 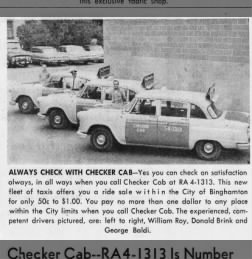 Is there Still Gold on Wellesley Island ?

The Lost Island– Now You See it- Now You Don’t!

Did Anyone Find the Lost Barrel of Silver Coins That Lies at the Bottom of the Rideau Canal?

Did You Know About Fettercairn Island?

Do You Remember? Memories of the Pengor Penguin