But after I did some research –George died in 1918 from heart disease,. In 1911 he was not in jail but living with the Cannon family and his brother William.

Once upon a time if you wanted to eat out past the city and county lines you might have gone to Chequers just before Stittsville. The building still stands today as Cabotto’s

Originally a log farm, the gingerbread trimmed home formerly known as Chequers, Luigi’s etc etc.. on Hwy. 7 near Stittsville had quite the history. In 1824, the east side was farmed by Edward Bassett while the western side was acquired by William Kemp in 1828. William Kemp’s widow, Margaret, operated Kemp’s Tavern from her log farmhouse on the same site. The house was a lively centre for livestock auctions and fairs, where farmers and teamsters rested, fed and watered their animals along the road from Ottawa to lumber towns along the: Madawaska, Bonnechere and Mississippi rivers.

When Fenian raids from the American branch of the Irish Revolutionary Brotherhood were expected in 1866, Kemp’s became the mobilising centre where volunteer recruits formed the “Carleton Blazers” and were supplied with uniforms and arms. The raids later occurred near the American border but didn’t get this far north.

In 1868, Margaret replaced the old log tavern and built a three-storey gabled mansion. Her son John employed James Scott of Richmond who helped replace the family’s log home with the stone building which cost $5000 for the 16 room home. Her guests, however, stopped arriving after the railway bypassed Stittsville in 1871 and the stagecoach found itself out of business. While it was threatened by the Carleton County Fire of 1870, the house survived intact.

Over the intervening years, the quarry stone home has been an Anglican retreat house, and a dairy farmhouse. All of the buildings in Stittsville were destroyed in 1870 during the Great Fire, except for the stone house on the road to Hazeldean, known as Kemp’s Tavern.

There has to be scandal somewhere in any story and this was a dilly. In 1910, a Carp physician Charles McGee purchased the property with plans to make it into a country estate. But in 1911, he sold the property to James Bradley who ran a prosperous dairy farm on the site until 1947. If you read the article above McGee had some marital trouble, and it was said McGee and his wife separated because of religious differences, but it looks like more than that when guns are involved.

Eventually the stone building was purchased by the Anglican Diocese for use as a retreat house. The house was later used as a farmhouse and a Catholic retreat before being opened again as a restaurant in 1977.

In 1977, John McCuaig restored the 119-year-old home to its original Gothic Revival elegance before opening Cafe Luigi. McCuaig brought its casement windows, wood doors and graceful snake design banister back to mint condition. He also retained the staggered window arrangement which has three vertical panes on the first floor, a two-pane window on the second floor and a single pane window on the third floor.

‘It was purchased in 1982 by Jose and Denise Perez, who lived with their children above the elegant restaurant. It has been a restaurant since the early 1980’s, first known as Café Luigi’s and then as The Chequers before becoming Cabotto’s. Thanks to those who’ve returned Mrs. Kemp’s tavern to the hospitality industry after more than a 130 years.

How Many Stitts of Stittsville Remain? 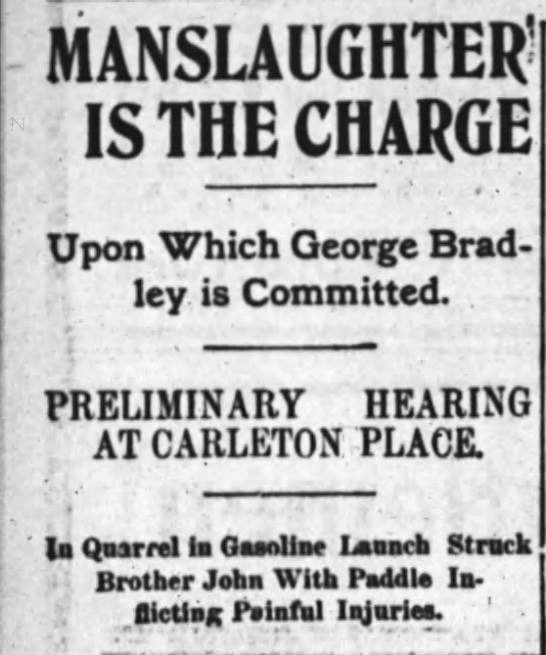 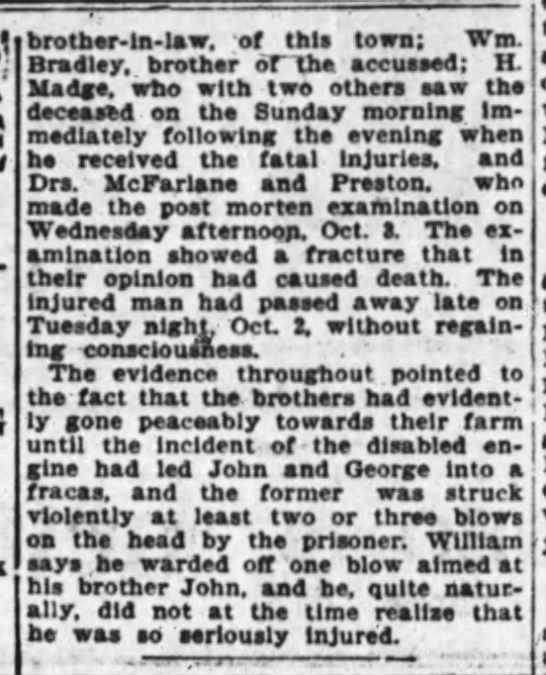 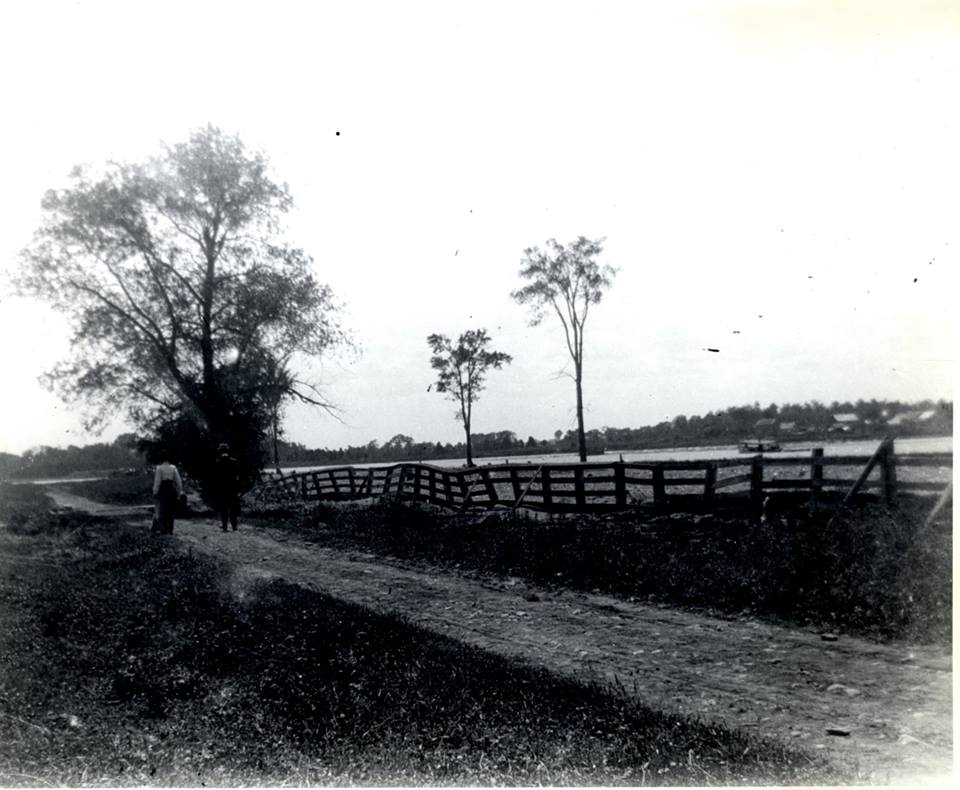 Carleton Place and Beckwith Heritage Museum
Let’s end our week at Riverside Park with a lovely walk by the Mississippi River. This photo was taken in 1905 by Howard Edwards and shows a young couple strolling west along the river’s edge, towards the present day boat launch. Note the steamer in the water, also heading West – perhaps to Lake Park or Innisville.
Come and visit the Lanark County Genealogical Society Facebook page– what’s there? Cool old photos–and lots of things interesting to read. Also check out The Tales of Carleton Place and The Tales of Almonte
Information where you can buy all Linda Seccaspina’s books-You can also read Linda in The Townships Sun  Screamin’ Mamas (USA)  and The Sherbrooke Record