Did you know that one of the landmarks for Scotch Corners used to be “to turn off Highway 7 at the lXL Cheese Factory”? It was a hopping corner with traffic jams consisting of farmers waiting to get their milk weighed in and upon leaving, a quick trip to the back to the whey vat pick up some whey to feed their pigs.

Local lad Alfie Poole had the answers to the local stories in those days and there was a reason as to why this particular cheese factory was called ‘the IXL’. Seems there was a couple of cheese factories down the road and no one wanted to mix them up. There was one past the St John’s Anglican Church on the Ferguson Falls Road called the “Fair Play” and another opposite the church called the “Grab All”. These were the actual names I kid you not.

Well the farmer’s around the McCreary settlement were having none of that, and wanted to have the best cheese factory in the area. So up the factory went and it became known as the IXL but was sadly destroyed by fire in 1969.

Questions on the McCreary Settlement and the IXL Cheese Factory

Almonte — The Birth of a Friendly Town — A Poem

Memories of Dr. A. A. Metcalfe of Almonte– Florence Watt

The Life and Times of Cora Yuill

Was the Rhyme Ring Around the Rosie Connected to the Plague? 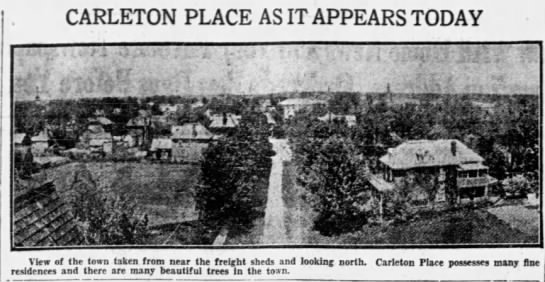 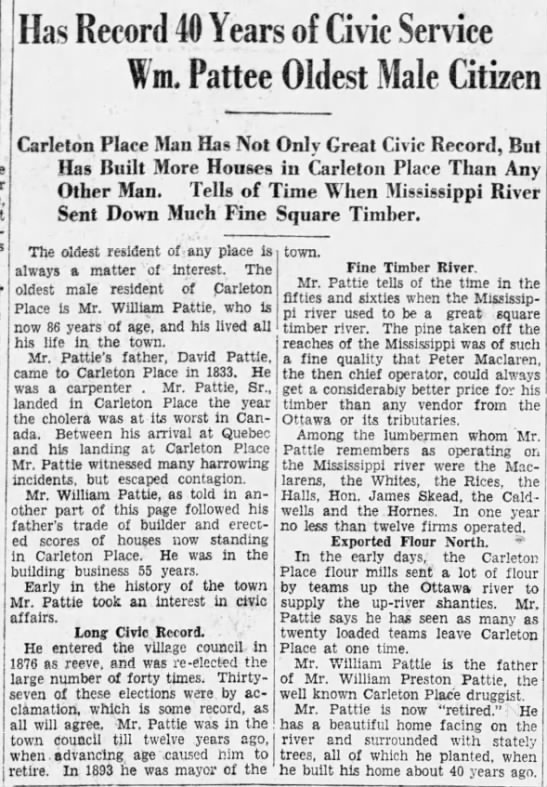 With the Boulton House Pub opening in Carleton Place, I thought you might like a photo or 2 of Caroline Boulton, daughter of Isreal Boulton and niece of High Boulton. This is my Great Grandmother Caroline Boulton, Voyce, Thurlow
Thanks Joann Voyce

The Morphys at first didn’t care that where they settled in Carleton Place—they had a room with a view of  the water falls — with water privileges added. Not one of them tried to utilize it. In 1820 Mr. Coleman bought one of their privileges with the thoughts of building a mill here on the Mississippi banks- but he had such difficulties he didn’t carry through. Coleman however sold his rights to Hugh Bolton. Bolton erected what was the only grist mill between Perth and Bytown for many a day. In 1820 Hugh Boton ground out the first bushel of wheat in the first grist mill between Perth and Bytown. Jayne Henry from the Museum has heard stories of women walking from Perth to buy flour. In those days the trees were roughly cut down to clear roads. Some stumps were neck high and the women would rest the flour on their backs on top of the tree stumps.

The Hugh Bolton Grist Mill at 35 Mill street and the Brown Flour Mill next door date from the late 1823. The five story addition was added in 1885 to accommodate a roller press mill. This mill actually operated until the 1960’s until a fire destroyed the interior. In the 1980’s it was converted into condominiums. The origiinal millstone was found during the renovations and put across the street.  Hugh had ordered one from Scotland but it never arrived. (wonder what the shipping was on that one) So Hugh went up the river and got some made granite from up the river and carved his own.

Down by the Old Mill Stream — Carleton Place