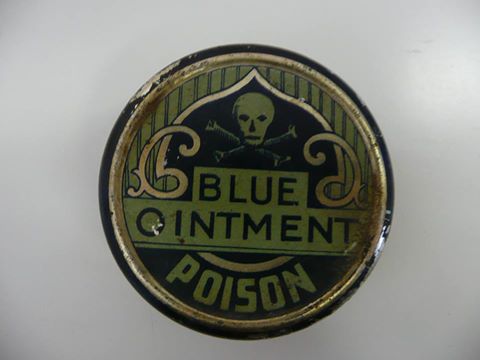 The Carleton Place and Beckwith Heritage Museum posted this picture yesterday and I ago curious.

This is an antique poison tin which held Blue Ointment that contained one third Mercury. It shows the skull and crossbones and, in small print below the word “Poison” it says: “A.C. Co. 70”.  Gonorrhea, syphilis, and chlamydia ran rampant during the Victorian era. … with urethral injections, irrigations, calomel, and treated mercurial ointments

This got me thinking about how our ancestors managed to maintain health on their units, especially when there were little to no effective medications available that didn’t involve the hideous sounding mercurial ointment or the downright hazardous, hyposulphate of soda.

Blue ointment is the name for a skin treatment that was used in the early part of the 20th century. Comprised of a mixture of mercurial ointment and petroleum or lard in a ratio of 2:1, respectively, blue ointment was often used to kill body lice, cure syphilis, and soothe troublesome skin irritations that did not respond to other poultices or salves. It was also put on the neck for lice removal especially with soldiers. 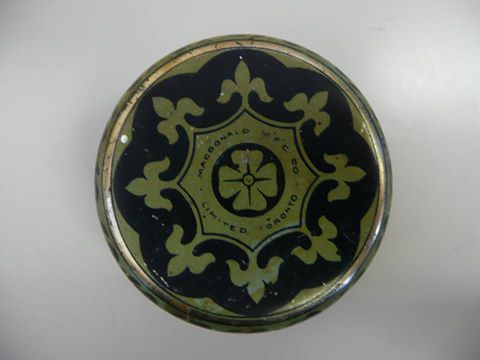 The tin was made by the McDonald Mfg in Toronto, Ontario. No idea where the ointment was made.

Some of the containers they made were:
-Snowflake Brand Shortening
-Chocolate For Our Soldiers Places of residence Toronto, Ontario
401 Richmond Street

Blue Ointment was everywhere.. It was extremely popular. 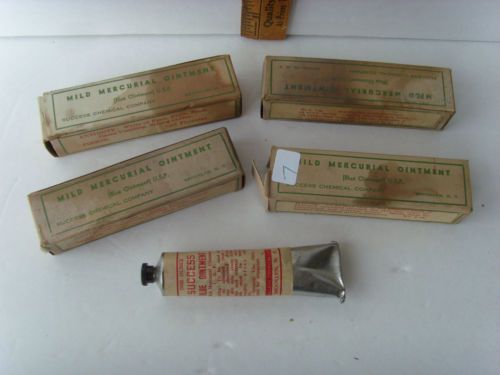 In local treatment,  the chancre (or sore) would be excised and cauterised, or frequently bathed with types of solutions. Rubbing in a mercurial ointment will hasten the disappearance of any syphilitic skin lesion. For joint affections a dressing is applied. For chronic ulcers, the use of a mercurial ointment and the local application of salvarsan for those on the leg or to the tongue. For general treatment, there were three drugs: mercury, iodine and arsenic.[5] Arsenic?? Yes! Salvarsan is an arsenic-based drug (and mishandling of the injection could and did result in arsenic poisoning on occasion). Syphilis caused open and weeping sores called chancres–these did not itch or cause pain, but were incredibly unsightly.