Die to the damp weather lots of mushrooms have been spotted through Lanark County and even the rare Blue Mushroom have been seen. If you do not know the history of the Blue Mushroom be careful around them as they are said to be food for the Leprechauns. Leprechauns eat some nuts, different types of wild flowers and mushrooms.

Did you know that under European law Leprechauns are a protected species? So if on your wanderings you happen to spot a leprechaun, you can take a picture, but you must leave the little fellow alone– even in Lanark County.

Right Next to Giant Tiger in Carleton Place 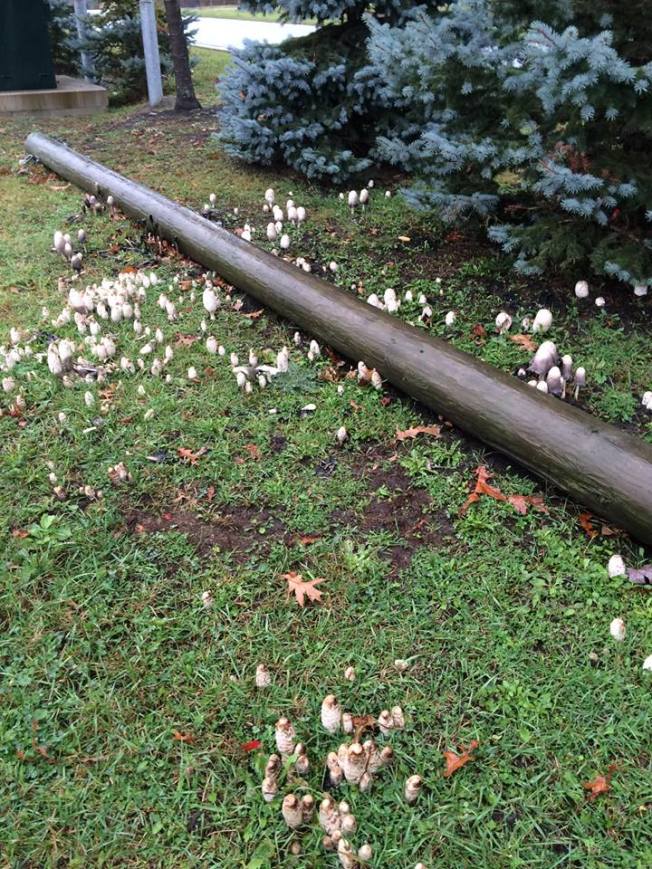 Right Next to Giant Tiger in Carleton Place

There is a said to be a  Leprechaun colony located in Portland, Oregon. The journalist who first said that it was a leprechaun colony—these leprechauns could only be seen by him—wrote about the adventures of the leprechauns who lived here. They say the leprechaun is the poor cousin of the fairy — but if you see any out and about or any fairy rings– please let me know. 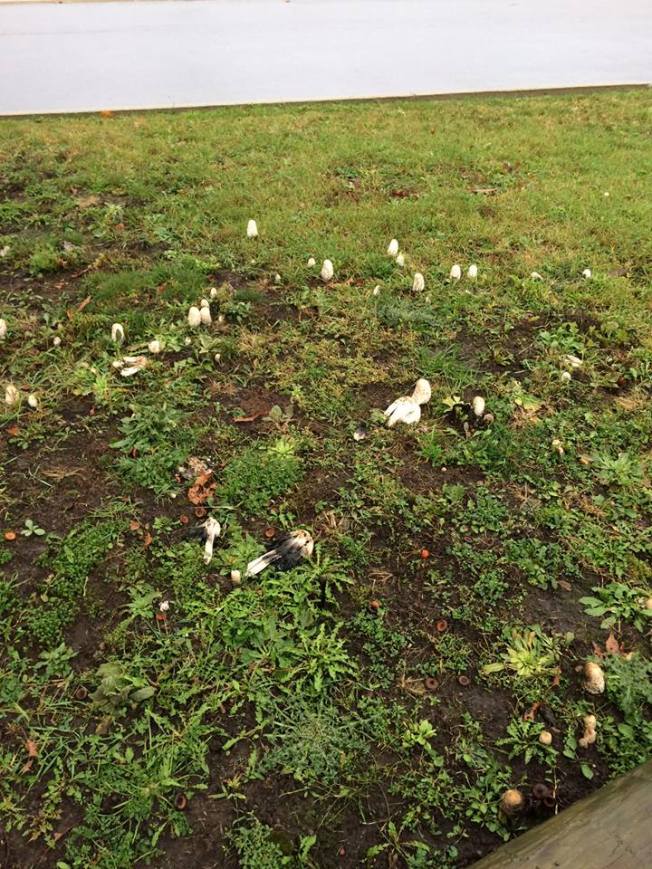 Right Next to Giant Tiger in Carleton Place–There was a semblance of a fairy circle there but someone had kicked them all over. NO leprechauns for us!

A fairy ring, also known as fairy circle, elf circle, elf ring or pixie ring, is a naturally occurring ring or arc of mushrooms. The rings may grow to over 10 metres (33 ft) in diameter, and they become stable over time as the fungus grows and seeks food underground. They are found mainly in forested areas, but also appear in grasslands or even in the Lanark Highlands.

Fairy rings are the subject of much folklore and myth worldwide—particularly in Western Europe. While they are often seen as hazardous or dangerous places, they can sometimes be linked with good fortune.

Of course it can take a darker turn when the fairies curse those humans who dare to intrude upon their circle. Locals in Somerset, England, used to give fairy rings the forbidding nickname “galley-traps” as late as the twentieth century. They believed that when a man who had committed a crime passes through a fairy ring, he is doomed to hang within the year.

In Scandinavia, you didn’t have to be a criminal to fall victim to the curse: anyone entering a fairy ring would be haunted by illusions forever after, unable to tell reality from imagination. The curse may be related to a specific aspect of life, like food: one tale warns that after taking part in the fairy’s dance circle, a man will crumble to dust at the first taste of non-fairy cooking. Other folk tales warn of more general punishments such as disease, bad luck, or an early death.

In all these tales, a ring of toadstools marks off a space distinct from the human world. Therein lies its fascination, and its peril. Whether the curious human escapes with only bruises or whether his time in fairy territory addles his brain permanently, he cannot stay with the fairies. They are beautiful and intriguing but ultimately unknowable. 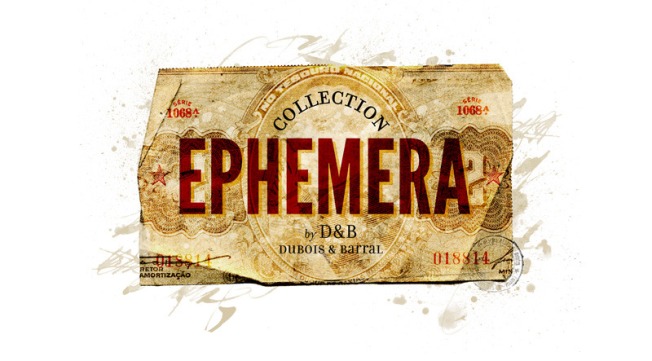 The world is your oyster! Well maybe not your oyster in Eastern Ontario but quite possibly your leek, your berry, your apple or your fiddlehead. We are blessed in our region to have a plentiful bounty of wild edibles right outside our door.

You might be saying to yourself – I live in town, it’s not like I have access to a 100 acre farm! Alas, there is no need. This afternoon, I had a delightful bowl of wild berry crumble foraged from my backyard right in the heart of Carleton Place. You don’t need to go into the depths of the wild to find wild edibles (although it certainly offers more variety). Many can be found in backyards, parks and along public trails.

Now a word of caution to the novices in our midst. Never eat anything you aren’t 100 per cent sure is edible. Ask a local, sign up for a foraging seminar or grab a copy of the Peterson Field Guide. Many poisonous plants are mistaken for edibles and some are only edible in certain stages of growth or have certain parts of the plant that can be eaten. All wild mushrooms are a bit of a forager’s Russian roulette so study up. The reward is some delicious (and free) meals for the summer.

There are some great local resources for the foragers among you. The Valley Wild Edibles Facebook page as over 900 members, all discussing wild edibles and sharing tips and tricks.

In the past few years there have been a variety of “wild food” walks in our area hosted by groups such as the Lanark Wild Food Club. Bodywork for Women, a local company that hosts workshops and offers therapies for myofascial release, lymphatic drainage, Chinese therapeutic massage and reflexology,  hosted two talks this spring at the Carleton Place arena. You can find their page on Facebook at: facebook.com/getherfixednow/if you’d like to keep an eye out for their 2018 offerings.

These are great opportunities to learn from experts and hone your food hunting skills. The Wild Garden (www.thewildgarden.ca) hosts learning walks and online resources for the new forager. The company also offers monthly herb boxes that the website describes as an “opportunity to connect with and learn about the wild edible and healing plants of the Ottawa bioregion.” There is a theme each month and edibles are delivered to your door. Typically the boxes contain a loose tea blend, an infused honey/syrup or vinegar, a seasoning blend, a preserve, salve, incense etc.

Another great online resource is www.ediblewildfood.com, which provides recipes and blog posts on how to survive on wild edibles at various times of the year.

You may find you are not such a novice once you get reading up on the practice. There are some classic spring favourites like dandelions (which can be used in salads, as a coffee substitute or to make syrup), wild leeks, asparagus and fiddleheads that many of us local Lanark kids have harvested, eaten or at the very least heard about.

Once you hit the sweet spot between mid-June and late July the berries are plentiful – we have classics like strawberries, blueberries, blackberries and raspberries, but also some lesser known treasures like the gooseberry. These are commonly foraged items and most of you, like me, probably spent many childhood afternoons filling your faces with every sweet thing we could find growing in the fence line.

Once mid-September hits, we’ll be filling our baskets with apples that are ripe for the picking down most backroads.

There are some less common but equally delectable options – alfalfa, bull thistle, cattails, sunflowers and milkweed are all wild edibles. In fact nothing is quite as astonishing as the versatility of a cattail.

Something to remember if harvesting wild food, specifically in spring, is to never over harvest. If you want the crop to return next year you have to leave some behind and be weary of the roots. Only take what you can use. Also it’s a good to pay attention to where you are foraging to make sure there are no obvious area pollutants or bad water sources that could make the food unsafe for you to consume. Basically avoid chemical spray zones, factories or right along a big highway.

This article was first published in the August issue of Hometown News. For more articles from our August issue, pick up a print copy at a local retailer or read their digital version.

The Dreams of a Sugar Plum Fairy