Archie Blair died 1894. Mary his wife died 1915. If she was living there as the history said fire would have been between those years.

Looking for Photos of ‘The Castle’ in Ashton

Increased horseshoeing charges, to fifty cents per shoe, were quoted in a joint announcement of fourteen blacksmith shops.  They were those of Duncan Cameron, Richard Dowdall, Robert Kenny, McGregor Bros. (Forbes and Neil), and James Warren & Son, all of Carleton Place ; Edward Bradley, William Jackson, Edward Lemaistre and William McCaughan, all of Almonte ; and George Turner of Appleton, George Kemp at Black’s Corners, S. Robertson at Ashton, Robert Evoy at Innisville and Michael Hogan at Clayton. 1898 Almonte Gazette

An original of this printed broadsheet is in the
Perth Museum, Perth, Ont.

Edward James, whose father Benjamin came from County Wexford, Ireland, was born on the 2nd line of Drummond in 1837. Leaving the farm he opened this blacksmith shop, built by Lett James, at the corner of Drummond and North St. He then built a brick house (5 Drummond St. W.) Edward was the father of George S. James and Lawrence H. James. This is where they got their start in the iron business. It is believed that the blacksmith shop was moved to stand behind the George James residence that is shown in this picture as it is now. This home was built in 1924-25 from rock quarried from the James property on Rideau Lake

Walter Cameron, the famous Blacksmith of Fallbrook was also well known for his whimsical wooden carvings, especially later in life. We are so pleased to be able to showcase these pieces in our Walter Cameron show case. They still bring a smile. Pop by the museum this weekend and see them for yourself! See today’s other article about Walter Cameron.

Hopetown Blacksmith shop from the 1984 book Lanark Legacy by Howard Morton Brown-– Have you read it?

At the time of the registration of William Jr.’s birth, William Sr. was listed on the birth registration as a carpenter. Later, William worked at the police station, and Jane cooked meals for the prisoners. They lived at 52 Market St., Smiths Falls. William had children, Madeline, James and Horatio, from his first marriage (Marian Rathey 1842-1872). Jane and William’s son Stan worked on the CPR. William (called Ginny) was a butcher, with no family. Mary was known as Minnie.

James, Horatio and William were among the people who migrated into Smiths Falls in the 1870s and 1880s. James was a carpenter. Horatio was a grocer. William was a blacksmith. CLICK HERE for more The Weekes Family

Descended from Joseph Weekes and Jane Fullerton, immigrants to Ontario in 1839 from County Antrim, Ireland (plus a few related families)

Margaret Jean Stewart is second from the left “X” and was born in 1888. She was the adopted daughter of Robert Ferguson Stewart and Isabella Smith. Robert was a blacksmith in Blakeney and Almonte.

THEN&NOW
Balderson in 1905 boasted few trees along the dirt road which was the main road to Perth. In the top photo from the left: the original Balderson cheese factory erected in 1881, the Noonan Blacksmith Shop, Cowie home, Anglican Church and rectory. From the right: the Noonan home, Jone’s Store, Haley property (1962), J.M. McGregor property, J.C. McGregor barn and home. Balderson at one time was known as Clarksville.

The Carleton Place Canoe Club. Pictured here are the first two clubhouses – the first was originally the blacksmith shop for the Caldwell Sawmill, located at what is now Riverside Park

William Edward McGillivray
4.24.1877 – 1972Spouse: Etta McDonald
1877 – 1952Grave: Hillcrest Cemetery, Smiths FallsParents:
William: Jane Amelia Weekes and William McGillivray
Etta: Maria F. McDonaldWilliam was a blacksmith when he first moved to Smiths Falls from the farm. Later, he was a butcher, and was known by the name “Ginny”

THOMAS A. SMITH
The death occurred on Monday morning of Thomas Alfred Smith, formerblacksmith at Clayton Village for over 30 years. Death was due to a heart seizure. He was 76 years of age. Born in Ramsay Twp., he learned theBlacksmith Trade and operated a shop in Clayton until five years ago when he retired. He was a veteran, of both World Wars and an active worker in St. George’s Anglican Church. In 1906 he married the former, Phamia Cochrane of Almonte who survives along with two sons, Robert of Almonte, William of Kingston, Margaret (Mrs. Archie Laramee) of Ottawa; Isobel (Mrs. Arnold Craig) of Almonte; Mabel (Mrs. Wm. Kellough of Toronto; Ruby (Mrs. Archie Murdock) of Trenton; Bernice (Mrs. Newton Campbell) of Kingston. A son Norman was killed in action at Hong Kong in World War II. Following a short service at the Comba Funeral Home, Almonte, on Wednesday morning, the body was conveyed to St. George’s Church, Clayton where a service was conducted by the rector, Rev. M. F. Oldham. Interment was in the United Cemetery, Clayton

Carleton Place and Beckwith Heritage Museum
Years ago where the new St. James Church addition is at the corner of William. It sits, more or less, on the footprint of this big frame building from long ago. It housed James Warren’s blacksmith shop, and later, C.R. Whicher (???), House Signs and Carriage Painter. Image taken from a postcard circa. 1915. 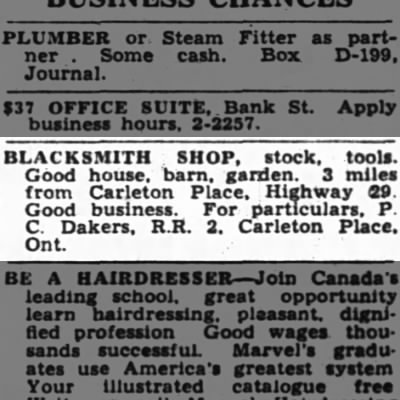 Carleton Place and Beckwith Heritage Museum Photo
This trough in the museum gardens was originally located on Charlotte Street, near the Cameron’s house. Mr. Cameron was a blacksmith at the time.
The trough was presented to the Town of Carleton Place by the horse Association in 1925. It was later found on the Andison property on High Street. Bill Andison kindly donated the horse trough to our museum in 1995.

Tom Deachman,
remembered by old timers. as the village blacksmith at Middleville Devlin—Birth, at Drummond on the 5th (?) Concession on the 4th inst., the wife of Thomas Devlin, blacksmith, of a daughter.

Bathurst Courier, Aug. 29, 1834 Duncan McIntosh places an ad notifying the public he has commenced business as a blacksmith in Perth.

Perth Courier, August 20, 1897 W.J. Kirkham has sold his dwelling in the East Ward to Michael Murphy, Drummond, who is coming to reside in town. Mr. Kirkham wishes to pay or rent a house convenient to his blacksmith shop in the West Ward.

By 1812, Burritts Rapids had become a bustling hamlet. At the peak of its prosperity, it had telegraphic and daily mail, 2 general stores, a bakery, a millinery shop, 2 shoe shops, a tin and stove store, a grist mill, a woolen mill, a tannery, 3 blacksmith shops, 3 wagon shops, a cabinet shop, 2 churches, 2 schools, 2 hotels, a bank and an Orange Lodge. 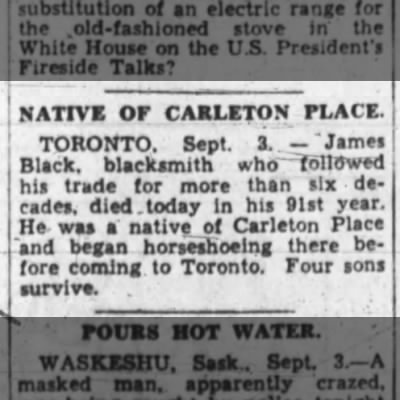 Iron nails were so valuable that people burned down buildings just to get the nails back. Archaeologists have uncovered nails and nail-making tools from the early years. So nails were not unduly rare or expensive; nor were they something to waste. 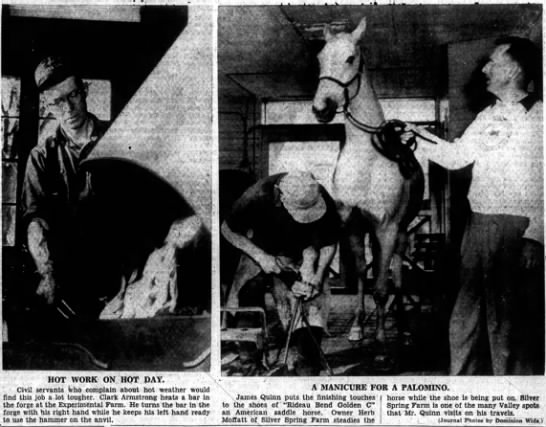 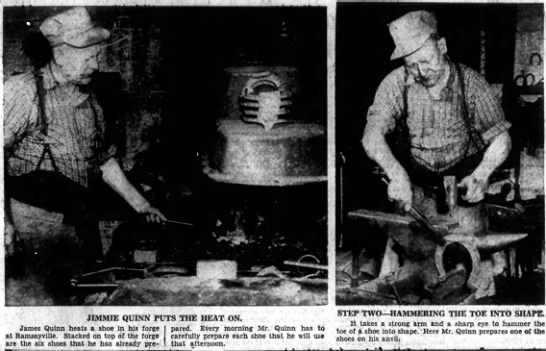 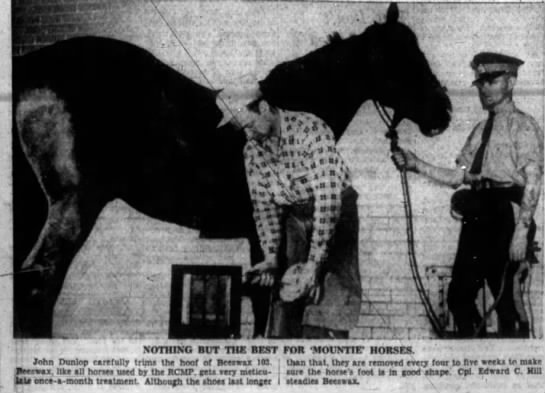