When I wrote about John Stanzel – the Fred Astaire of Carleton Place, people were just amazed we had people of this caliber in town. I have just touched the tip of the iceberg as I have found another acclaimed dancer– Christopher Gower. 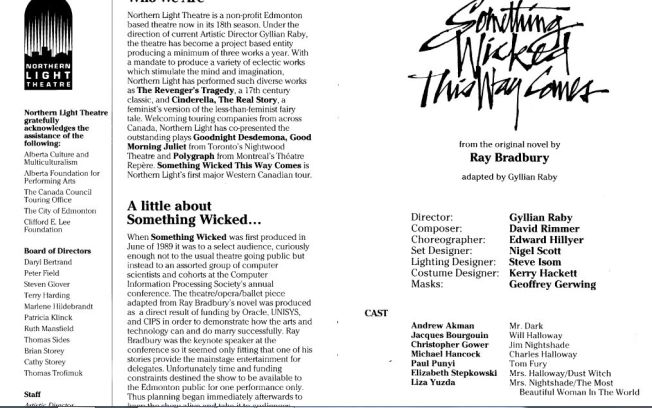 In 1971 the Carleton Place Canadian reported that Christopher Gower, age 12, of Carleton Place was a second year student at the National Ballet School in Toronto. He had been recently chosen to take part in the CBS Television production of “Harlequin” starring Edward Villela of the New York Ballet Company. The program was seen on CBS and CBC. Christopher was going to shortly take the Grade 3 Checcetti ballet examination and attend summer school in July.

I tried to follow his career online, but it was difficult due the internet not being around in that time frame and no one had posted updates. One thing is for certain, he made us proud in his ballet achievements. If anyone knows anything else, please let me know so I can add to this biography.

Christopher’s mother Sheila Gower kindly added this information for which we are so grateful:

Christopher is our son. He is still involved in theatre but on the technical side. At present he is in China touring with Cavalia. He has been with that show for a number of years. His newest passion is “Rev” kites, which he flies whenever the opportunity arises.