A long time ago the hospital tuck shop was a well known place for bedside get well gifts and a used book or two for those in the hospital. You could always find something to express well wishes or the perfect thing to thank a nurse, doctor or caregiver for providing great care.

The tuck shop was always there to help with whatever you might need.I have been just as guilty as other residents in Carleton Place, not even bothering to go see what was new in our local tuck shop in the Carleton Place & District Memorial Hospital. Well my lovelies– these gals not only still carry candy and books– they have some great fashion pieces and neat things in there 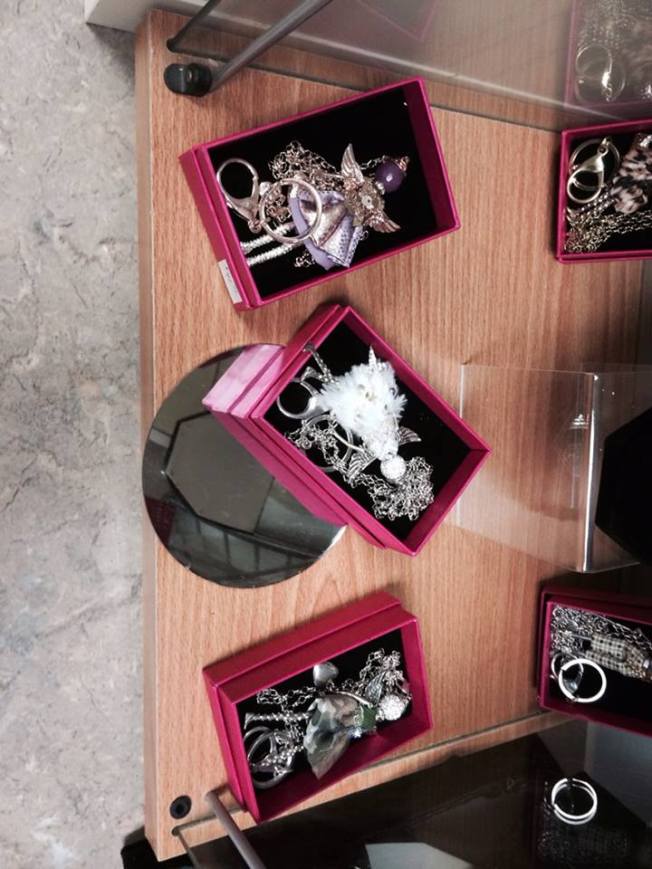 Each of us are angels with only one wing, and we can only fly by embracing one another. So why not treat your loved one or friend to one of these angels by Jacqueline Kent found at the Carleton Place & District Memorial Hospital Tuck Shop. Angels are like diamonds. They can’t be made, you have to find them. Each one is unique- but one of these angels would make the perfect gift. Drop and see how beautiful they are. 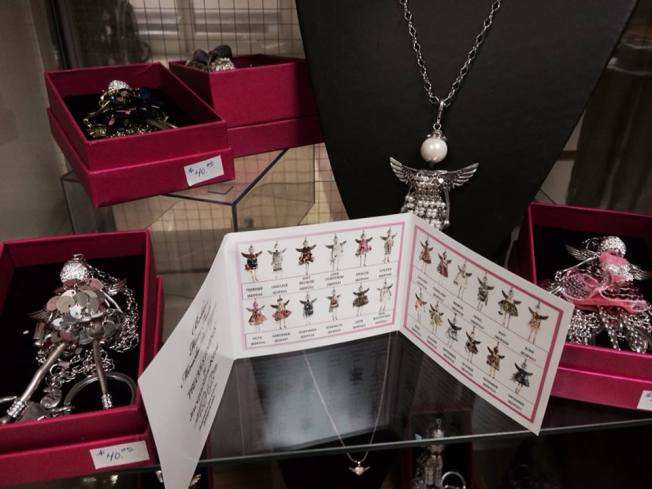 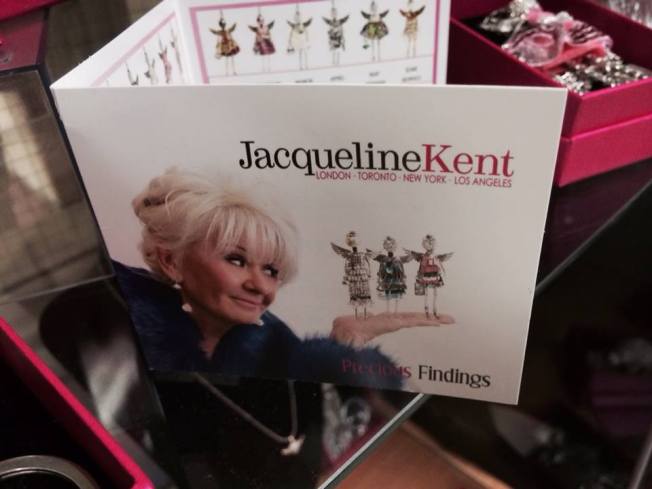 Celebrated artist Jacqueline Kent was born in London, England.  From an early age onward, most of her life has been spent residing in Canada and she now makes London, Ontario her home.

Entirely self-taught, she established a reputation as a gifted, character design artist, becoming well known for her true-to-life sculptures, in particular, her distinguished Father Christmas’s and signature Fairy Godmothers.  By the mid-‘90’s, she is empowered by an enormous following in the giftware and collectibles industry and she begins searching for a means to satisfy the needs of an ever-increasing market. She successfully enters the mass production industry and is soon delighting a growing audience with, not only her one-of-a-kind sculptures, but with a vast array of captivating reproductions.

Buy your tickets for the Christmas House Tour at the Tuck Shop too:)

The Auxiliary to the Carleton Place & District Memorial Hospital (CPDMH) has dedicated caring members. They donate an average of 20,000 hours per year in support of the hospital. The Auxiliary has made a commitment to raise $1,000,000 over the next ten years through its fundraising activities. The people and businesses in our community are to be commended for their generous support in helping to make this happen, and we thank you!

The Gnome Whisperer of my Gnometown — Could Carleton Place & District Memorial Hospital Tuck Shop Do the Same?

Luciano De Crescenzo once said: “We are each of us angels with only one wing, and we can only fly by embracing one another.”

I hand painted this ceiling medallion after our horrible house fire in 1995. May angels watch over all of you and may no one ever have to experience pain.  Only the Ladies Who Lunch will be welcome in my home after the Ladies Who Lunch luncheon June 6th at the Town Hall. I have been told many time the spirits are alive and well in my home. Come say hello to them.

Like Loading...
Standard
I interviewed Pam Knowles from Waggs N Whiskers just outside of Carleton Place this week. Not only was I in tears a few times  as she spoke about pet rescue, she also donated a Gift Certificate to the Ladies Who Lunch event at the Town Hall June 6th. (A $75 gift certificate that can be used towards their services (Doggy Daycare/Boarding or the Off-Leash Dog Parks)
We spoke at length about pets and what they mean to us, and then about those who have little chance. It brought me back to a story I wrote about angels who look after our animals. Her interview will be published week, but meantime– read this amazing story about a rescued animal.

Animals are smarter than we give them credit for, and some believe that dogs are our guardian angels. There are no words that are even needed between animal lovers who have lost and then miraculously found a cherished part of their lives they thought they’d never see or have again.

Tito was a mixed breed of happiness that made his way into everyone’s heart in my building when I lived there. Some days he thought I was kind of odd, but there was no doubt about the love that he had for his owner Evan. For years Evan and Tito were inseparable until one day Tito wasn’t walking very well and you could see he was in pain. It was a sad moment in Evan’s life when he found out that Tito had bone cancer. He vowed he would do everything that was humanly possible to help his dog, and from that day on Tito was the primary focus of Evan’s life.

Tito had his ups and downs, but some how he grabbed on to life and lived it to its fullest. One day his pain seemed to lessen, and suddenly he began to walk easily, and we all thought Tito was going to make it. Of course when you have cancer most endings are not so positive, and a few months later Tito began to fail. The last thing Evan wanted was for his beloved dog to suffer and each time he thought it was the end Tito rebounded.

The rebounds came less frequently and Evan knew Tito’s days were numbered. One day he decided to have one last weekend with his dog before Tito went to the Rainbow Bridge. They shared all Tito’s favourite places and when the weekend was over Evan knew the time had come. The vet was slated to arrive that evening but Tito died naturally in Evan’s arms before the scheduled hour.

Life after the death of a pet is painful, and Evan informed everyone he was not going to get another dog for a long time. A few weeks ago on Thanksgiving Evan journeying up a mountain road to Tito’s burial place with a friend. Initially it was to pay respects to his loving dog, but also to bury his friend’s pet who had died next to Tito. Suddenly, running in the middle of the road was a 7-week-old Pitbull puppy. Immediately his friend looked at Evan and said,

Was it his reincarnated pet? Truthfully, it was probably the only survivor of a dumped unwanted litter, but if you believe in magic like I do– it was Tito. Is there a “telepathic linkup” between dogs and their humans?

“If a miracle is something that happens without physical explanation and seems to defy everything we know about a particular aspect of our world, then these are miracles,” said Brad Steiger, who co-authored “Four-Legged Miracles: Heartwarming Tales of Lost Dogs’ Journeys Home,” with his wife, Sherry Hansen Steiger.

I hope that if my dog ever dies he would some how find his way home to me in some capacity. Animals love us unconditionally and they come into our lives to attempt to teach us the same. Humans, being the slow learners that we are, continue to need the lessons they teach us.

The more I see of people and their lies and self centeredness, the more I love all the animals and their selfless love for people who love and care for them. Wherever little Aubrey came from will remain a mystery, but in my eyes it will always be a message from Tito on the other side of the Rainbow Bridge.
“If there are no dogs in Heaven, then when I die I want to go where they went.”