Good afternoon Linda. I hope you’re doing well. I saw you did a piece on Deachman’s Bridge. Do you know the history on the bridge? What was there before this one was built?

I’m scanning some of my Grandmother’s photos and came across a couple of pictures of a bridge with no description on it. Then I came across later in the album of the dedication to the Deachman’s Bridge on November 29, 1946. I’m thinking that the pictures of this other bridge, may be one that was built prior to its replacement in 1946. There is a tree in both pictures, that to me looks like the same tree. Could you help me confirm this?

How to Get There: ( Lanark County, Ontario)Go to Lanark Village on Highway 511. In the middle of the village on the main street (George), turn east on Owen and then onto Rosetta Road. The bridge is over the Clyde River, just out of the village.

Thanks Laurie Yuill you years of photos you have sent us all to enjoy!!

Turning Back to the Clock Agnes “Aggie” Yuill– The Buchanan Scrapbook

The Robbing of the Honey Pot- Andrew Cochrane Ramsay Yuill

Thanks to Middleville historian Laurie Yuill I have saved a few of the many photos he has from the photo book of Aggie Yuill from Middleville. Thanks Laurie!! 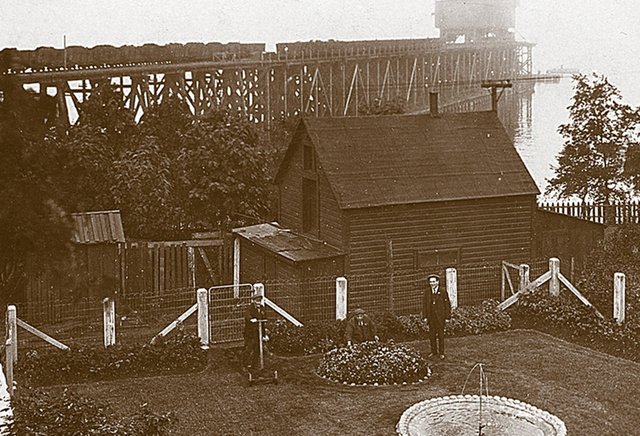