I am a great fan of Brent Eades and when I was searching for something yesterday I came across this great article he wrote for The Millstone in 2012 called: Pick of the Past- which was the “best of” in the Almonte Gazette. 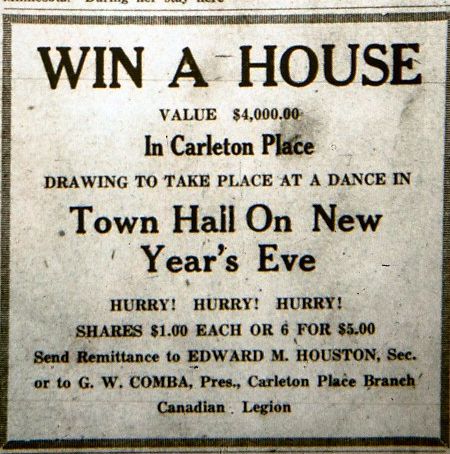 It seems not everyone was happy with these lottery type draws. Apparently the Attorney General decided to clamp down on lotteries that year because tickets were being sold in places that they should not be.

It was referred to in the Almonte Gazette that the practice of one neighbouring town (Carleton Place) dispensing these draws have become so common that they are irritating the public. They believed the only exception someone can solicit someone…