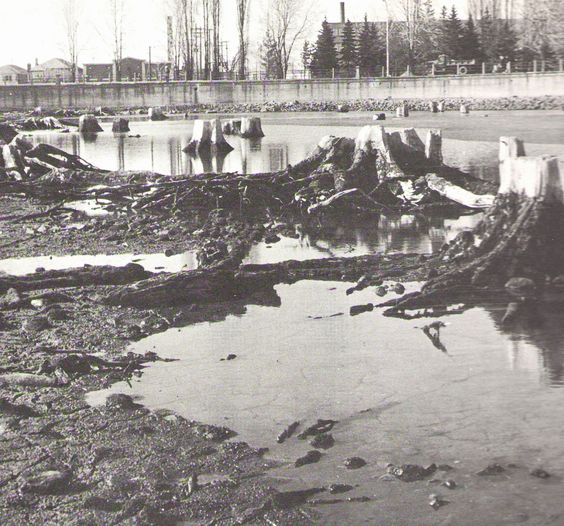 Dow’s Lake was named for an early settler named Abram Dow and was once a huge swamp extending north to the Ottawa River. Dow’s Great Swamp, as it was known, was a tough challenge to the canal builders. Eventually, the north and south banks of the swamp were dammed to create a navigable lake.
The white pines in the photo above were killed by flooding to make way for the Canal and the stumps were exposed when this photo was taken in April, 1959. Apparently, the stumps were cut down at ice level and the axe marks by Colonel By’s men could still be seen. 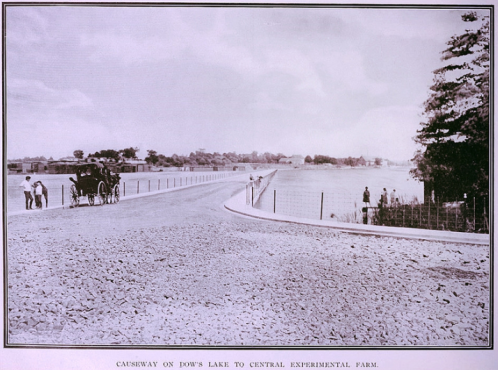 Lost Ottawa Your Morning Commute … driving into Ottawa from the west end of the causeway across Dow’s Lake in the early 1920s.

The causeway was needed because a JR Booth lumberyard in what is now Commissioner’s Park, blocked the route of the Government Driveway…