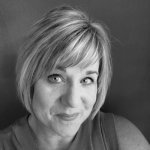 10 hours ago my fellow Carleton Place Council colleague Theresa Fritz was alive. At 10am she posted on Facebook and wanted us ‘to  take our minds off the crap going on in the world and enjoy some spectacular photography’. I vowed to look at them tomorrow as I was busy writing history.

And that my friends, is how life goes- we always take chances on the next day. We take life for granted, we take friendships for granted, and sometime in that 10 hours today I lost a colleague and friend.

For all of you that did not know — Theresa was the 6th woman to be on the Carleton Place Council since 1910. She was smart, very smart, and outspoken and loved heavy metal music. After she retired she was going to run for mayor of Carleton Place, and I would have supported her all the way. Did we have disagreements? Of course we did, we all do, we are all passionate about working for the betterment of our community. But none of that matters now, we lost a valued leader of our community today and I did not get to say goodbye— and the worst is– her family did not get to say goodbye, and she is sadly gone from their lives forever.

I, along with everyone else have been taken by surprise at the finality of losing someone today at the drop of a hat. It does nothing but compound the feelings of loss and utter disbelief that this has actually happened. I am still in shock!

In the end, I will get to see her again one day. I will always have wonderful memories of Theresa, and I’m sad that I will not be able to share things with her anymore. She was such a bright light and that “tree limb” she spread in our community will  be greatly missed. The loss of Theresa has reminded us that we need to try and understand the true value of time. We must snatch, seize and enjoy every moment of it.

There should be no more procrastination, no more delay in speaking with friends. It seems we only understand death after he has placed his hands on someone we loved. Tomorrow morning as the sun begins to rise, the flag at the Carleton Place Town Hall will be at half mast for Councillor Theresa Fritz. A friend I thought I would never lose in my lifetime. All I can do now is remind everyone about what an amazing woman, mother and wife she was, and how she will be greatly missed.

Theresa as you sail into those rock and roll clouds in the sky,

‘my my hey hey, rock n roll will never die’

And neither will the memories about Councillor and friend Theresa Fritz. My love goes out to Scott and Shane and family.

Theresa was elected to a second term as a town councillor in October 2018. She previously served on council from 2014-2018.

Born and raised in Montreal before relocating to Ontario with her family as a teenager, Theresa has been a resident of Carleton Place since December 1990. A fluently bilingual graduate of Carleton University’s Bachelor of Journalism program (1989), Theresa is a former editor of the former Carleton Place Canadian and Almonte Gazette newspapers and a former managing editor with Metroland Media. She spent 29 years working in the newspaper before becoming a federal public servant in April 2018. She is currently a Senior Business Analyst with Immigration, Refugees and Citizenship Canada.

Theresa is passionate about her community and believes that openness and transparency in municipal government, strong communication skills within town hall and with local residents, are the keys to success when it comes to making Carleton Place a community that everyone was to live, work and play in.

Theresa lives in a century home in the heart of town with her husband Scott and son Shane. In her spare time, she is a devoted hockey mom who loves to read.