By the early 1900s, several hair care changes were afoot. Bathing had become an essential aspect of personal hygiene, and shampoos and cleansers for the hair became more common.

During the Victorian Era, thousands of doctors were hitting the streets, proclaiming the health-benefits of bathing to the world. The Victorians were famously fascinated with new, industrialized products and health fads. Washing hair with lye was still common, but a challenger appeared on the scene in the form of the humble egg. Now, about once a month (as was the recommended amount), women would crack eggs over their heads, work the gooey egg up into a lather in their hair, and then rinse it off. 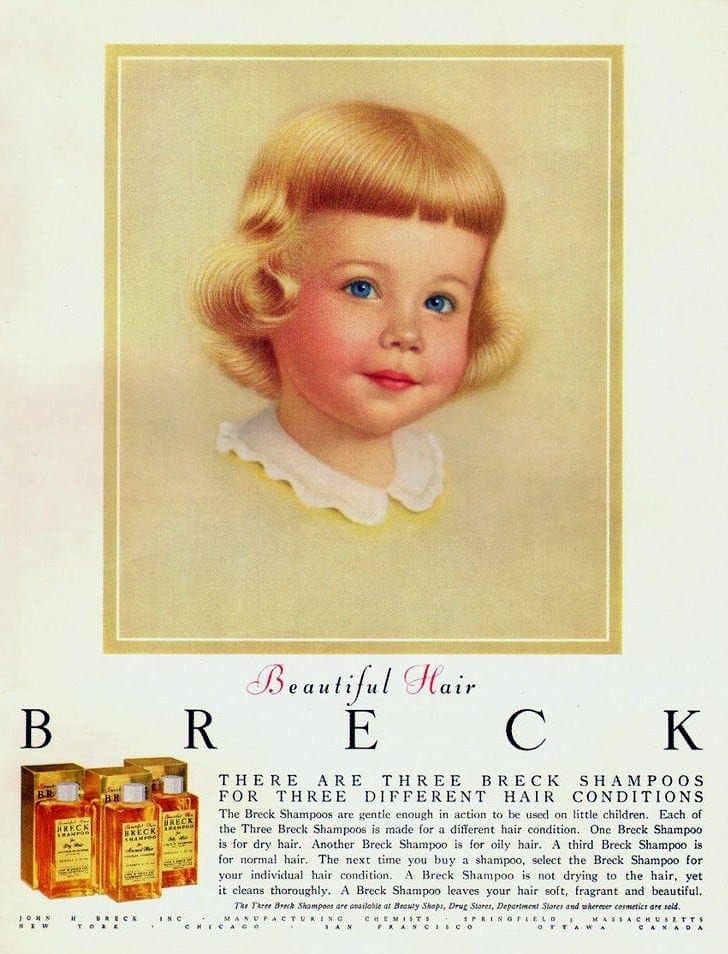 Finally, in 1930, in Springfield Massachusetts, Dr. John H. Breck founded Breck Shampoo. It was because of his clever advertising campaign that commercial shampoo began to be used as the hair-washing product. Breck ran ads in Woman’s Home Companion, Seventeen, Harper’s Bazaar, Glamor, and even Vogue, under the slogan “every woman is different”, claiming to create a personalized shampoo that would result in beautiful hair, every single time. By the 1950s, his shampoo was available nearly everywhere. The campaign remained popular until the 1970s, creating a cultural expectation of frequent hair-washing.

The Stack Perm or the Disco Wedge ? 1970s Hair Fashion

Should Girls Speak to Strange Men in Uniform? 1917

The Best Little Chin Hair Post on the Prairie

Lois Lyman–A Hair of a Blunder!