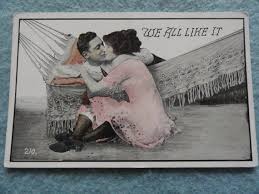 A wife and boarder are missing, and there is trouble in one Almonte home. Fred Greene and his wife made a somewhat small income by keeping boarders. One of the boarders, as reported by the husband, had become very attentive to his (Greene’s) wife.  So much so that the husband  decided to leave for a few weeks until the boarder was gone.

Once Greene left the house he refused to go back until household matters were adjusted. The boarder stayed on just the same. The boarder was unemployed and as Greene said, paid no board. He was literally just a a fixture in the house.

Greene supported the house of his sister-in-law’s children, besides the rest of  his clan. He obtained work in Carleton Place and went away to work a few weeks ago. However he became suspicious and returned to his home in Almonte. He found nothing, as the wife and the boarder had cleared out, and there was no trace of them to be found. Greene laid a complaint before the police and says he will prosecute the parties if he finds them. Why had she left him?

Physicians had started an anti-kissing crusade in the late 1800s, telling some fearful stories of transfer of bacteria from lip to lip,  but whatever of truth and or danger there was in the warnings of the medical men few cared. However, kissing lost none of its fascinations, and everybody, including the bacteria, continued to be happy.

Mr. Greene’s dentist had told him more fearsome tales, and told him that no matter how fine a set of of teeth you may have if you kiss a person — you will soon need the dentist’s services. That information did not sit well with Mrs. Greene, and hence she took up with a man not interested in bacteria. Can you blame the woman?

The Northants Evening Telegraph published an article that raised quite a few eyebrows on December 29, 1900. It seems the local branch of the Women’s Christian Temperance Union, spurred on by a “New York Lady Doctor,” had started a crusade against kissing.

Dr. Anna Hatfield, the leader of the movement, was interviewed by the newspaper and quoted as saying, “kissing is a barbarous, insanitary custom, worse than drinking, and should be rigidly abolished.” Apparently Dr. Hatfield thought no person should kiss another without first using an antiseptic wash on the mouth to destroy bacteria.

“As for the moral bacteria,’ she said, ‘that is even more dangerous. Girls are not taught to view a kiss with awe, as they once were. Engaged persons should be allowed only one kiss at the time of betrothal. Mothers of to-day are to blame for imbuing their children

“Kissing has come to be a greater plague than drink!” quoth the eminent Dr. Hatfield.

And, she cites Judas Iscariot as proof!