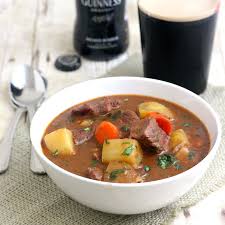 Working for a logging camp one might come across something unusual in the thick forests. One day working  in the  Gilmour camp near Maniwaki they came upon a camp of 15 Natives all worse from wear from liquor.

They insisted the white men stay for dinner and when the group of men declined the natives grew angry. Rather than see their sentiments grow deeper they decided to stay for dinner. A large pot hung over the campfire and smelled of meat  stew. The men soon found out it was Beaver stew, which they were eager to try.

When the Beaver was served the men found out that the meat was good eating, but carelessly prepared. Chunks of fur was still attached and one of them got served a Beaver leg still with the claws on it.  Needless to say they had to act with great finesse not to irritate their dinner hosts who ate the Beaver stew hair and all.

The story ends that then men were might thankful to get away from the drunken dinner party without the Natives attacking them. Gossip says it was 3 to 1.

Lanark County Recipes Beaver Tail and Muskrat — No thanks LOL

The Harold Kettles Series – Blowing up Beaver Dams in Beckwith

The Little Door by the River