William, second son of Edmond and Barbara, was born on or about 1797. He was about 22 years of age when the Morphys arrived at the wilderness lands in Beckwith. The first marriages here were those of Sarah, daughter of George Willis, to William Morphy, and Mary, daughter of Thomas Willis, to John Morphy.  William married in 1821 and the land belonging to him was the whole East side of Bridge Street. He built his house on  the present site of the town hall at Bridge and Mill Street and became a saddlemaker.

When the present Carleton Place Town Hall was built, the central building on its site, said to be the second dwelling built in the town, was the home of Mrs. William Morphy,  where she had lived to 1888 and the age of 85, a widow for over fifty years.  Her home there was said to have been destroyed twice by fire. The first was lost in September of 1851. It’s replacement was a two story log building was destroyed 25 years later by fire in June 1876.

Widow Sarah Morphy died in August 1888 at age 85. Of the six children she was survived by one son George of Carleton Place and two daughters: Mrs. Watchorn of Merrickville and Mrs. Fitzgerald of Duncanville. *(Russell) 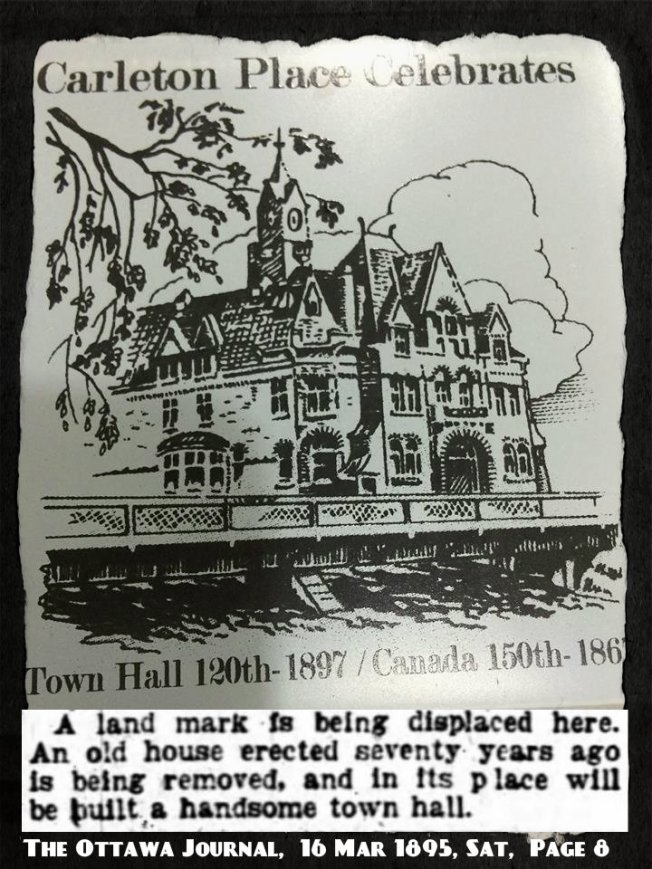 So what happened to her husband William Morphy? In August of 1837 at age 40 he and a friend were racing their horses when returning from Perth to Carleton Place.

The Bathurst Courier at Perth, reporting her husband’s death in August, 1837, said in part:

“Fatal Accident: On Friday afternoon last, William Morphy of Carleton Place, whilst on his way home from this place on horseback, in company with several others, met with an accident from the effect of which he died on Sunday morning last, under the following circumstances.  Between this and Joseph Sharp’s tavern the deceased and another of the party were trying the speed of their horses when, on approaching Sharp’s house at a very rough part of the road, his horse fell and threw him off, by which he was placed under the animal.  Severe wounds causing a contusion of the brain led to his death. The deceased was a native of Ireland, and has left a wife and family to deplore his sudden death.” 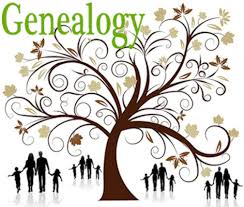 Do You Know How Edmond Morphy Died?

What’s Changed in Your Home in 40 Years?

Who Came First? The Morphy or the Moore? The Name Game