Making Lime was a huge process often connected with the logging bees in the early days. Large quantities of lime were necessary for filling cracks in the walls, and building chimneys for the log house. The timber from at least half an of land was formed into an immense pile, on the top of which was constructed a frame on which to place the limestone. Some 20 ox carts loads of stone  were then drawn and thrown on top of the heap, after being broken into small pieces by a sledge hammer. The pile was then fired and would be consumed over the night and though its red coals remained hot for a week when the white lime could be covered and collected.

I found this illustration in the Delmer Dunlop (Carleton Place) Collection  at Archives Lanark. This is obviously a local area kiln. Anyone have any idea? Thanks!

Norman Paul’s grandfather and father had operated a booming lime business hauling quarried white limestone to a lime-kiln that still exists today. Account books still kept in Paul’s home, the main part of which was built in 1848, show the finished lime was hauled by wagon or shipped to such communities as Brockville, Merrickville, Carleton Place, Arnprior and Carp where it serves to bind together historic stone buildings to this day. There’s also a prized medal in the same house honoring its recipient for the quality of lime provided for competition in the Colonial and Indian Exhibition in London in 1886. 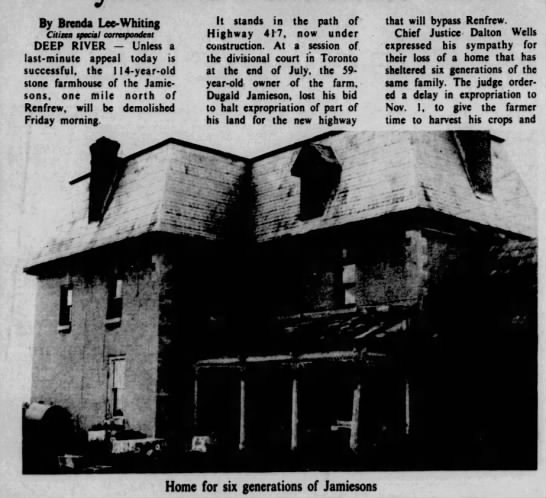 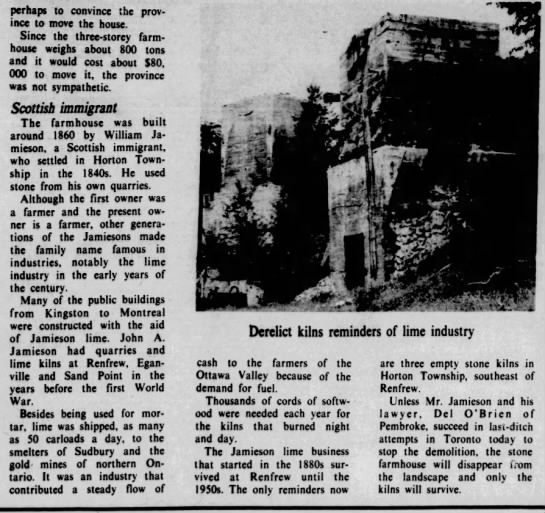