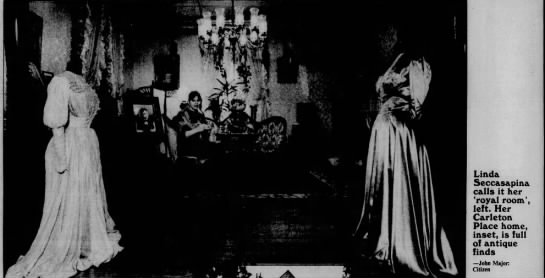 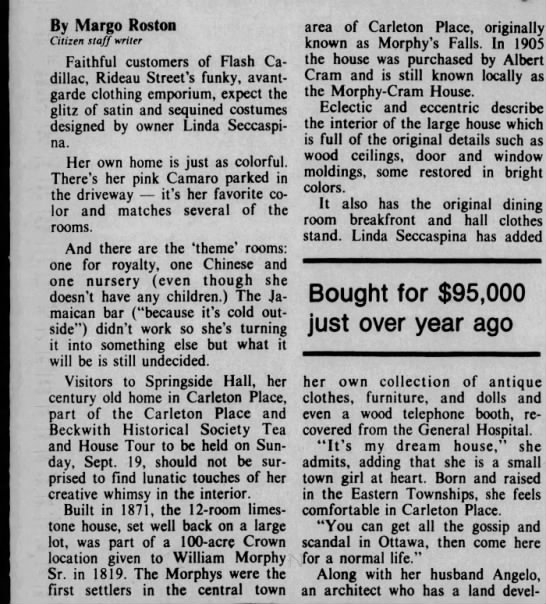 What’s different? House was built in 3 parts. 1867 then 1910 and then 1990. Linda drives a SUV now and no longer has theme rooms except upstairs: Hat Room, Alice in Wonderland and Puppet Room. Still have the telephone booth. 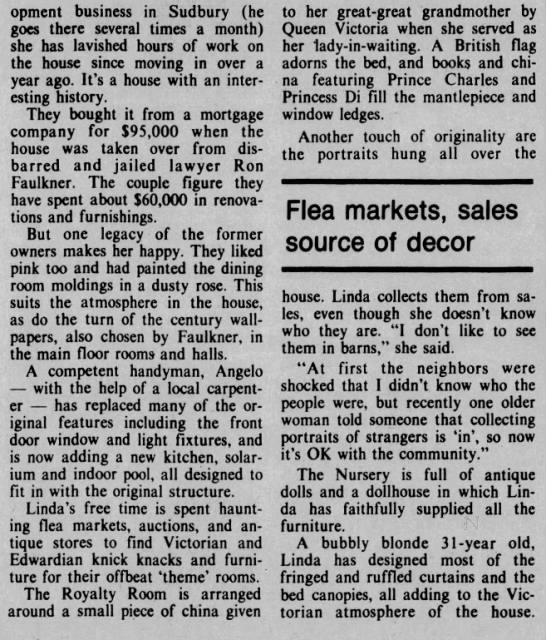 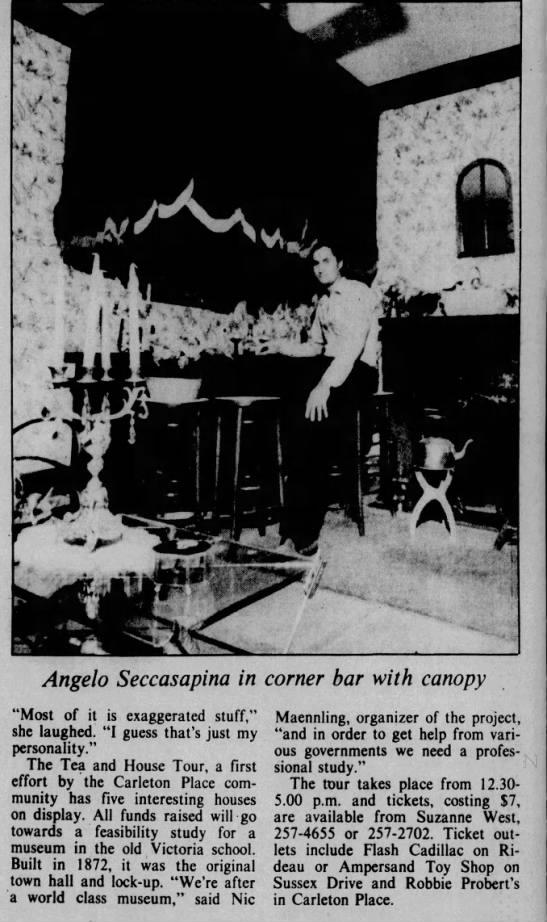 That room is all changed and Angelo has passed away.

We now have the Carleton Place and Beckwith Heritage Museum in the old Victoria School on Edmund Street. A fire in 1995 changed a great deal of the house. This article was in 1982 and we moved here in 1981 and I was a member of the Carleton Place Historical Society that met once a month at the library and average attendance was about 40. I am still friends with a lot of those people who were in that society. Memories of the late Bill Bagg, Norman Paul, Bill Brebner, and Brian Costello.

The Story of a Local Family -Finlayson- Richard Finlayson

The Sundial of Springside Hall

My Neighbours –Photos of the Cliff- McCann House and Springside Hall

So Where Does the Water come from Under my House?

Do You have an Archaeological Find in Your Carleton Place Basement?

Just Another Day in Fawlty Towers